Free Speech In The Digital Age

The titles of so many academic-oriented books today feature an almost obligatory colon, immediately followed by a brief explanatory subtitle. Free Speech in the Digital Age, however, is not among them. But if this carefully curated compendium of thirteen engaging essays – many penned by leading First Amendment scholars, as well as information studies experts – were to include a subtitle, it might well be this: Questioning Conventional Rhetoric, Principles and Assumptions About the Values, Harms and Regulation of Expression. If that option is perhaps a tad too long, then maybe Rethinking Protection and Regulation of Expression more succinctly captures the overall gist of this book.

Indeed, a thread woven through many of the essays is that there is a gaping gulf between, on the one hand, much of the early ebullient rhetoric about the supposed wonders and benefits of the internet when it comes to facilitating freedom of expression and democracy and, on the other hand, today’s often sordid reality of hate speech, trolling, non-consensual pornography (colloquially called revenge pornography), stalking and harassment that flourish on the medium and that often claim as their victims, women and minorities. The authors, in turn, often explain the gravity of these harms and problems, how they arose (including dissecting some of the statutes and established doctrines that facilitated them) and what might be done – including adopting new laws and embracing some forms of censorship – to rectify the situation. As Professor Ashutosh Bhagwat concludes in his essay “Free Speech Categories in the Digital Age,” the legal system must “identify specific principles that will permit courts to distinguish between speech that must be protected under all circumstances, and other speech that may be regulated to ward off the expanded set of social harms that the internet can create.”

This is not, then, a book that will appeal either to First Amendment absolutists who subscribe to the positon that all speech should be safeguarded from government censorship, or to those who believe that the traditional U.S. Supreme Court carve-outs from First Amendment protection (incitement, true threats, fighting words, etc.) adequately translate to the internet and digital media. Changes must occur to address the influence of the internet. As the book’s editors, Susan J. Brison and Katharine Gelber, write in their introduction, the internet “may call for the reconceptualization of the theory and practices of free speech.” Or as Heather M. Whitney and Robert Mark Sampson neatly encapsulate in their essay “Search Engines and Free Speech Coverage,” using “simple analogical approaches to questions of free speech coverage” on the internet – questions such as whether search engine results should be treated as speech and represent the exercise of editorial judgment akin to that in legacy print newspapers – won’t suffice.

Some of the contributors, including Professor Danielle Keats Citron in her essay on cyber harassment (including revenge pornography) entitled “Restricting Speech to Protect It,” take a cautiously optimistic approach to the problems they address. She illustrates how multiple players – lawmakers, the Federal Trade Commission, civil liberties organizations such as the Electronic Frontier Foundation (EFF) and even social media platforms and search engine operators – have made significant strides in confronting cyber harassment since 2007. Many of the positive changes, she suggests, were spurred when victims of such abuse bravely and openly spoke out and when organizations like the Cyber Civil Rights Initiative were founded.

As a side note, for Democrats now pondering their presidential nominee options for a 2020 run against Republican Donald Trump, Citron makes clear the pivotal part Kamala Harris has played in addressing these issues. “Under Harris’s leadership,” Citron writes, “California created an online hub providing resources for law enforcement investigating invasions of sexual privacy, harassment, and stalking.” She concludes her essay by noting that while much work still needs to be done, “let’s take our wins where we can.” Readers who appreciate Citron’s essay here may want to read her 2019 article “Sexual Privacy” in the Yale Law Journal.

Professor Mary Anne Franks seems somewhat less sanguine and not quite as ready to make nice in her essay “Not Where Bodies Live.” She critiques Section 230 of the Communications Decency Act of 1996 and its often expansive interpretation in generally shielding interactive computer services from liability for content generated by third parties. Franks rips the “purple prose” of EFF founder John Perry Barlow in his 1996 “Declaration of Independence of Cyberspace” and the ethos “of the techno-libertarian approach to the internet” embodied in Section 230 that “has encouraged websites and internet service providers to be increasingly reckless with regard to abusive and unlawful content on their platforms.” From Franks’s perspective, this spawned an internet that today is “awash in threats, harassment, defamation, revenge porn, propaganda, misinformation and conspiracy theories.” She addresses how Section 230 protected the now-shuttered website Backpage.com from liability for alleged sex trafficking via some of the advertisements it hosted.

Seemingly subsequent to her authorship of this essay, Congress adopted (and President Trump signed into law in 2018) the Allow States and Victims to Fight Online Sex Trafficking Act, commonly called FOSTA. It is a controversial carve-out from Section 230 immunity intended to target sex trafficking on the internet. FOSTA was quickly challenged in court (the initial complaint in Woodhull Freedom Foundation v. United States was dismissed for lack of standing, and the case was on appeal in mid-2019). A common argument against FOSTA is that it allegedly puts female sex workers back out on the streets and under the metaphorical thumbs of pimps, rather than being able to vet clients on the internet. The even bigger picture (the parade of horribles, as it were, for staunch Section 230 advocates) is that FOSTA may simply be the first of several exceptions made to Section 230 immunity. That’s because many in Congress today are attempting to flex their political muscles by attacking a statute that they frame as helping only Big Tech and Silicon Valley giants. Readers seeking an extended discussion of Section 230, including its history, might take a look at Jeff Kosseff’s new book, The Twenty-Six Words that Created the Internet (Cornell University Press, 2019). Additionally, those who agree with Franks’s essay here should delve into her provocative new book, The Cult of the Constitution: Our Deadly Devotion to Guns and Free Speech (Stanford University Press, 2019).

One of the joys of this book is reading former Yale Law School Dean Robert Post’s crisp and concise critique – just eleven tight pages, excluding notes and references – of the right to be forgotten and, more specifically, the Court of Justice of the European Union’s 2014 decision in Google Spain v. Agencia Española de Protección de Datos. In the process, he explicates the difference between data privacy and dignitary privacy and, drawing from his own rich body of scholarship over the decades, explores the relationship among public discourse, the public sphere, communicative action and democratic self-governance. Readers who like Post’s essay here and who want to learn more about some of the concepts he touches on would do well to read his book Constitutional Domains: Democracy, Community, Management (Harvard University Press, 1995). Additionally, Post’s 2018 article “Data Privacy and Dignitary Privacy: Google Spain, the Right to be Forgotten, and the Construction of the Public Sphere” in the Duke Law Journal provides a fuller account of his analysis in the essay.

For readers who enjoy Free Speech in the Digital Age, a possible companion book – although one not centered on the internet – is Steven H. Shiffrin’s What’s Wrong with the First Amendment? (Cambridge University Press, 2016). It openly questions how the American legal system reflexively puts free expression on a privileged pedestal at the expense of other interests. In brief, Shiffrin makes readers think differently about the values and harms of free expression, much as Free Speech in the Digital Age forces its audience to recognize that the internet and digital communication technologies require rethinking traditional principles and doctrines affecting speech and its regulation.

It might also help to read the U.S. Supreme Court’s 2017 decision in Packingham v. North Carolina before tackling Free Speech in the Digital Age. That’s because the decision is either explicitly mentioned by name or quoted more than a half-dozen times across this collection of essays. In Packingham, the Court – without dissent – struck down for violating the First Amendment a vastly overbroad state statute that barred registered sex offenders from accessing a wide swath of social media platforms, including Facebook and Twitter. In penning the opinion of the Court, Justice Anthony Kennedy trumpeted the virtues of “cyberspace” and, more specifically, online social media as “the most important places” today for the exchange of ideas and information, as well as for interacting with government officials. Kennedy, who retired from the nation’s highest court in July 2018, added that “the Court must exercise extreme caution before suggesting that the First Amendment provides scant protection for access to vast networks in that medium.”

Kennedy’s rhetoric and glorification of the “vast democratic forums of the Internet” basically serves as a foil or point of stark contrast for the unsavory realities of hate speech, harassment and non-consensual pornography that the authors of the essays in Free Speech in the Digital Age bring into high relief.

Ultimately, Free Speech in a Digital Age unmasks problems of free expression on the internet and the need, in some instances, for greater regulation. Such enhanced regulation, in fact, can facilitate the speech of those now targeted for abuse on the internet by the haters and the harassers. As Danielle Keats Citron explains, “online abuse prevents targeted individuals from realizing their full potential as digital citizens. Victims cannot participate in online networks if they are under assault.” In brief, a little censorship of some people gives voice to others.

Clay Calvert, Professor and Brechner Eminent Scholar in Mass Communication and Director of the Marion B. Brechner First Amendment Project, University of Florida 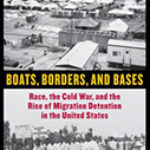 Boats, Borders, And Bases: Race, The Cold War, And The Rise Of Migration Detention In The United StatesBooks, Full Reviews 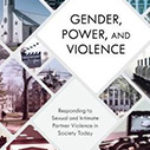