After allowing the Violence Against Women Act (VAWA) to expire in February 2019, the House of Representatives passed a reauthorization of the bill in early April. The bill contains important provisions to support victims of gender-based violence, sexual assault, domestic and dating violence, and child abuse. Funds are dedicated to services for victims and children, to healthcare, and to housing. The reauthorization of the bill is by no means perfect or comprehensive, but VAWA helps to highlight the significant threat to women’s health and well-being that gender-based violence poses. And yet, while providing resources and protections for victims is hugely important, VAWA is an after the fact bandage that does not address the root cause of violence against women.

How do we identify the root cause? Wouldn’t many argue that it is individual bad men who do bad things to women, and thus make it difficult to identify a single root cause? The prominent social psychologist, Philip Zimbardo, would argue and has demonstrated through his research for the past five decades, that in fact otherwise good, decent, normal people can be transformed into wrongdoers given the right circumstances (Zimbardo, 2004). For example, the power of the situation of a fake prison environment can turn normal college-aged boys participating in an experiment into vicious, callous prison guards (Zimbardo, 2004). Localizing a set of specific situational factors that lead to violence against women seems a daunting and nearly impossible task. But this is exactly what Angela Hattery, professor of women’s studies, and Earl Smith, emeritus professor of sociology, succeed in doing in their book, Gender, Power, and Violence: Responding to Sexual and Intimate Partner Violence in Society Today. In Gender, Power, and Violence, Hattery and Smith demonstrate that in our country’s most vaunted (military, sports world, Catholic Church) and reviled (prisons, Hollywood, politics) institutions there is a systemic misogyny that breeds, encourages, and sustains gender-based violence.

This is a comprehensive book that interrogates many of the biggest and most influential institutions in America for their role in perpetuating gender-based violence. Hattery and Smith prefer the term gender-based violence because it brings to the forefront that this violence is gendered, and extends beyond cis-women (chapter 2). Gender-based violence is not just violence against women, but includes violence against girls and boys, LGBTQ+, and even cis-men. While the vast majority of gender-based violence is perpetrated by men against women, the underlying misogyny can be used to turn anyone who steps outside of gendered boundaries into a victim. In other words, anyone possessing characteristics of femininity (women generally, gay men) or falsely claiming characteristics of masculinity (feminists, trans-men) becomes a target of violence. In addition, Hattery and Smith approach gender-based violence from an intersectional perspective keeping mindful of how multiple identities (race, class, disability, etc.) intersect with gender. Black men in SportsWorld (chapter 6) and white men in fraternities (chapter 3) display very similar hypermasculinity, but the pathway to the hypermasculinity needs to be viewed through racial and class lenses along with the gendered analysis.

Focusing on the big institutions in our society, from fraternities to prison to the Catholic Church, each chapter in the book follows a similar framework, making it easy for the reader to compare one institution to another. Readers can even skip around the book and read about the institutions that most interest them first. Each chapter defines and situates the institution, reviews the role of gender, patriarchy, and misogyny within the institution, and provides recent examples of gender-based violence. Importantly, each chapter ends with a “What Can be Done?” section that taken along with the final chapter, “A Call to Action”, and a resource heavy appendix, provide the reader with concrete steps for activism to reduce gender-based violence. For example, gender-based violence in fraternities (chapter 3) and the military (chapter 4) may both be reduced by encouraging more reporting and providing better internal adjudication. The authors provide steps and ideas for making these things happen.

While each chapter broadly covers a single institution, the common thread that weaves throughout the book is the set of features in each that allows gender-based violence to be rampant. Hattery and Smith shine a light on the root cause of gender-based violence through emphasizing this common set of features across each institution. In each institution, loyalty to the team (SportsWorld), frat, unit (military), and/or job (correctional officers in prisons or priests in church) supersedes the individual self. Such deindividuation, as studied by Zimbardo (2004) and many other social psychologists, allows for individuals to act as though anonymous because they know their teammates, frat brothers, etc. will cover for and protect them, because the group is more important than the individual. Loyalty alone is not dangerous, but when mixed with a high valuation on hypermasculinity, it becomes lethal. Each institution in Gender, Power, and Violence values some form hypermasculinity, or what is often called toxic masculinity, in which strength, aggression, power, control, and prolific heterosexuality are mandated. Everything and anything the least bit feminine is viewed as weak, worthless, and to be dominated. Gender-based violence emerges from this milieu as a means of policing gender boundaries. Women are raped, abused, and killed because women’s bodies have no value other than their role in service to men. Rape becomes a mechanism for maintaining power and enforcing norms. For example, in prisons, female prisoners are raped by correctional officers as a demonstration of power, gay male prisoners are raped by straight male prisoners as a demonstration of power, and female prisoners are raped by other female prisoners as a demonstration of power (chapter 5). All of these are examples of gender-based violence predicated on the notion that power, strength, and aggression are valuable, while weakness, kindness, and gentleness are worthless.

The sociological lens through which the authors approach the problem of gender-based violence demonstrates the power of the situation that these institutions create through controlling the environment and compelling behavior (chapter 9). The situations and environments created by these institutions instill a reality in which members believe gender-based violence is expected and accepted. The only missing piece in this otherwise wonderful and thorough book is a chapter focused on bringing all of the institutions together to analyze how the overall driving force collectively behind them is patriarchy and misogyny. Kate Manne’s (2018) Down Girl: The Logic of Misogyny mirrors Zimbardo’s argument that the real problem is the situation, not the individuals. Manne (2018) argues that the naïve conception of misogyny is that it is perpetuated by individual men who hate women. This naïve conception keeps us from attacking the real problem by remaining stuck in a mindset that only bad people do bad things. Instead, Manne (2018) claims that misogyny is a system that targets women who step outside of the narrow gender confines set up by the patriarchy, and as such misogyny forces (sometimes violently) women back into those confines by any means necessary. In this way, misogyny polices and enforces the boundaries between the genders, which is exactly what is occurring in the institutions discussed by Hattery and Smith. For example, when women join the military, rape and sexual harassment are tools to make them regret enlisting and to force them out (chapter 4). As another example, male professional athletes who abuse their wives and girlfriends, and yet continue to play and be worshipped as sports heroes demonstrate that masculinity will always be more valuable than femininity (chapter 6). It is the one flaw in this brilliant book that Hattery and Smith do not step back and show how misogyny and patriarchy are the common force driving the cultures of these institutions.

Hattery and Smith’s Gender, Power, and Violence is well-written and accessible. The book is intended for a wide array of audiences. Professors teaching women and gender studies and sociology classes will find this book an invaluable resource. Law students, lawyers, and legal scholars will find this book useful for illuminating why gender-based violence occurs. For activists, the book provides solid direction and guidance for how to reduce gender-based violence, institution by institution, and overall in our culture.

As the Violence Against Women Act remains in limbo waiting for the Senate to take up its debate, activists should call out the inherent misogyny in politics that is keeping the bill from consideration. Male politicians’ loyalty to each other and the status quo of keeping women from power allows them to push VAWA to the background. While the existing programs supported by VAWA continue despite the expiration of the bill, it is unclear how long those programs will continue to be supported without the mandate of law. Denying women the continued protections and funding provided by VAWA is yet another act of misogyny perpetuated by the institution of politics to support the general patriarchal nature of American society.

Zimbardo, P. (2004) A situationist perspective on the psychology of evil: Understanding how good people are transformed into perpetrators. In A.G. Miller (Ed)., The Social Psychology of Good and Evil, (21-50). New York: The Guilford Press. 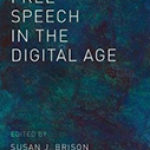 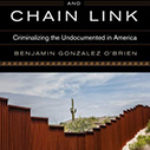