From Back Alley To The Border: Criminal Abortion In California, 1920-1969

In 1969, the California Supreme Court famously decriminalized the practice of abortion in that state more than two years before the United States Supreme Court effectively did the same thing for the entire nation. From Back Alley to the Border: Criminal Abortion in California, 1920-1969 is an analysis of the social circumstances and key court cases that led up to that ruling. The author, Alicia Gutierrez-Romine, who is an assistant professor of History at La Sierra University, has made good use of court records, coroners’ reports, and contemporary newspapers. She presents her analysis in refreshingly clear, readable, and jargon-free prose.

Much of what Gutierrez-Romine presents are California-specific examples of patterns already familiar to legal historians of abortion. Notwithstanding the presence of anti-abortion laws dating from the nineteenth century, the practice there, as elsewhere in the country, was common. Those performing abortions were rarely indicted unless a death occurred, and deaths were not common. She uses specific cases to show that courts in California, again as elsewhere in the country, gave the benefit of the doubt to respected white physicians even when a death did occur, while midwives and physicians of color fared less well.

The California story becomes more intriguing, however, when Gutierrez-Romine turns to the history of the Pacific Coast Abortion Ring (PCAR), a carefully managed syndicate of physicians who performed abortions on a commercial scale. The syndicate was organized in the early 1930s by a shady and ambitious entrepreneur named Reginald Rankin, who recognized the opportunity to make a lot of money by providing a service that was in great demand but theoretically illegal. Gutierrez-Romine suggests that Rankin was taking his cues from the organized bootleggers of the 1920s. Most of the PCAR’s clinics were in California, and the syndicate hired “steerers” to funnel business to their facilities and away from solo competitors. Thanks to Dr. George Watts, whom Rankin recruited from Oregon, PCAR abortions were remarkably safe; Watts had pioneered vacuum aspiration techniques, which he taught to others in the syndicate. The California Board of Medical Examiners, one of whose members was on the PCAR payroll, turned a blind eye.

In 1936, state authorities finally felt compelled to prosecute the PCAR. Rankin himself was arrested, tried, and sent to San Quentin as a racketeer. Most of the syndicate’s medical operators were either convicted under the old anti-abortion law or fled the state. Ironically, however, enforcing the law against the PCAR led to chaos in the California abortion market, as women were forced to turn to less competent providers. Increasing numbers of complications and deaths put pressure on authorities to crack down on individual abortionists. Those crackdowns, in turn, provoked a major behavioral shift on the part of California women who sought abortions in the 1940s and 1950s. Rather than risk compelled testimony in a California courtroom about the intimate details of their private lives, more and more of them began crossing the Mexican border to have the procedure done there. At the height of the so-called “Tijuana abortion” phenomenon, one report counted at least seventy-five providers practicing actively in that city, where thousands of California women went to use their services. The 1953 People v. Buffum case reaffirmed their immunity from legal actions on the United States side of the border.

Abortionists practicing in Mexico, however, were not well regulated, and according to American hospital reports, dangerous complications were common. Long-standing racial and cultural assumptions of white Californians added to the unsavory reputation of the border-town abortion mills. As a result, a growing number of reformers argued that California, by enforcing its nineteenth-century anti-abortion laws, was paradoxically pushing the state’s women into harm’s way.

The situation came to a head in 1966, when Dr. Leon Belous, a prominent obstetrician and gynecologist in Los Angeles, was convicted of referring a patient to an abortionist in Chula Vista, California. Belous appealed, arguing that his patient was determined to end her pregnancy and if he did not arrange for a safe abortion in California, the patient would cross to Tijuana. Doing so, in his view, would pose a “grave danger” to his patient. Consequently, what he did was legal because it was, in the words of the anti-abortion statute, “necessary to preserve life.” After extensive debate, the California Supreme Court ruled in his favor. Physicians could not be punished for making abortion judgments under such an imprecise legal standard as “necessary.”

Legally, the 1969 Belous decision was a victory for professional autonomy, as distinguished from women’s autonomy, and Gutierrez-Romine’s assertions that it should be seen as an integral part of the civil rights and feminist movements of the period are not well supported. The decision certainly was, however, a key development in the line of reasoning that prefigured the 1972 Roe decision of the United States Supreme Court. From Back Alley to the Border offers a compelling analysis of the social and legal dynamics that led up to the Belous decision. 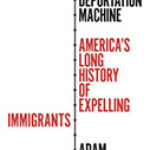 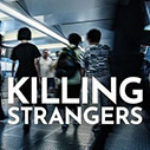