The deportation machine, as Adam Goodman calls the system of laws, agencies, and actions that have led to the expulsion of millions of immigrants to the United States during the Trump years, has deep roots. Goodman, in this carefully researched and well-written book, dates its origins to the late nineteenth century in the campaign against Chinese immigrants. Tracing the history of deportation both of migrants detained at the U.S. border, and the arrest of undocumented aliens who had made it into the U.S., Goodman found that although the intensity and focus of the deportation machine’s actions varied over the past century and a half, the form expulsions took remained largely consistent: border stops, immigration raids, detention under generally dismal conditions, and then forced transfer from the U.S. back to the migrants’ nation of origin.

The deportation machine has many parts. Federal agencies form the backbone of the system, aided by state and local police, with immigration judges and private interests playing major roles. Goodman explains the motives of this latter group. Bluntly put — deportation is a big business. Privately owned and operated prisons and detention centers along with bus, rail, boats, and airlines that transport migrants out of the country all profit from the deportation system.

The bulk of Goodman’s book analyzes the experience of Mexican and Central American migrants, the people on whom the deportation machine focused from the 1920s onward. The vast majority of the undocumented immigrants who arrive in the U.S. from these areas did so by remaining after their student or work visas expired, or simply by crossing the border without permission. Despite the stereotype in anti-immigrant literature that portrays such migrants as criminals, drug traffickers, and unassimilable, most came in hope of finding jobs or seeking safety from dangerous conditions in their homeland.

The deportation machine is punitive—intentionally so—and the stories about its impact on individuals and families is heart-wrenching. To his credit, Goodman does not overplay the emotional element of his story. He grounds his narrative in the facts of how the deportation machine operates: the motives that led to its origins, the laws and agencies that figure in its actions, and its evolution over time. But he also includes well-chosen examples of the emotional toll on parents who as they leave for work have to remind their children what to do if dad or mom is picked up by ICE and doesn’t come home that night. Mothers who are afraid to go shopping or to church for fear that they will be arrested on the street. And, those who are picked up by ICE are often denied basic civil rights and held in the subhuman conditions of many detention centers.

The deportation machine runs on fear, as is reflected in the three main ways that unauthorized immigrants are forced out of the country. Many unauthorized aliens find the strain of their situation so severe that they self-deport. There are also formal deportations, expulsions after an elaborate administrative process, though this constitutes only a small percentage of cases. The largest group belongs to a category that Goodman says are “euphemistically referred to as ‘voluntary departure[s],’” in which, under great pressure from the authorities, migrants conclude that agreeing to leave voluntarily is the least bad of several bad options.

As of this fine book’s publication in 2020, the deportation machine was grinding on, its operations becoming harsher and more militarized. Notably however, in recent decades unauthorized immigrants and their allies have mobilized in ever-increasing numbers to resist the deportation machine through legal challenges, nonviolent protest, and the sanctuary movement. 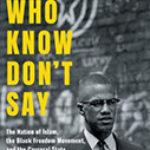 Those Who Know Don’t Say: The Nation Of Islam, The Black Freedom Movement, And The Carceral StateBooks, Full Reviews 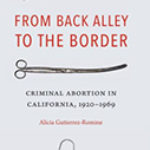 From Back Alley To The Border: Criminal Abortion In California, 1920-1969Books, Full Reviews