Mark Haller (1928-2012) was a historian and social scientist who studied organized crime. He selected organized crime issues and events from the past and linked them to current events and perspectives. His social science contribution lies in his analysis of these events. He was not just a reporter of the past, but he assessed and explained these events in new ways.
This book contains the writings of Mark Haller which were originally pushed between 1971 and 1990. The compilation is quite useful because they were originally published in a diversity of outlets: academic journals, regional journals and book chapters, which are sometimes difficult to find. Book chapters are still not easy to discover or search, so a compilation of Haller’s thinking and work over several decades pulls together his major scholarship into a single book.

Mark Haller made several distinct contributions to the understanding of organized crime through his historical analyses. These are nicely summarized in the introduction by book editor Matthew Yeager, who also interviewed Mark Haller near the end of his life. These interviews are summarized in "Fifty Years of Research on Illegal Enterprise: an Interview with Mark Haller," Trends in Organized Crime, vol. 15 (2012), and those conversations provide further insight into Haller’s thinking and research perspective.

A notable contribution of Mark Haller was his discovery in 1968 of the overlooked work of John Landesco on organized crime in Chicago (which was written for the Illinois Crime Survey in 1929) and who recognized "the gangster is a product of his surroundings in the same way in which the good citizen is a product of his environment." Haller built on this perspective to make the connections among neighborhood cultures, corrupt city politics, and criminal enterprises.

Haller was among the first to recognize that the nature of organized crime in cities like Chicago and Philadelphia did not match the hierarchical (boss to solider) model which was established during the 1960s by informer Joseph Valachi and its repetition by the President’s Crime Commission in 1967, and by sociologist Donald Cressey in his book Theft of the Nation in 1969. Haller argued that the reason for the mischaracterization of organized crime was because historians looked to reformers, rather than listening to criminals, to understand how organized crime actually operated. Haller carefully scrutinized the historical record, including wiretapped conversations, criminal records, and interviews with principals to develop his information.

Haller argued that organized crime actually was a series of "illegal enterprises," often providing services that were in demand by the legitimate public, such as illegal gambling, loansharking, alcohol, and sex. These illegal enterprises operated under pressures similar to those of legitimate businesses in dealing with supply and demand issues, while dealing in an often corrupt political and law enforcement environment.

Haller’s article on the Bruno family of Philadelphia is a good example of his work showing through careful analysis how members engaged in a variety of legal and illegal enterprises, and sometimes only one participant was actually a member of the Bruno group. He showed how "their partners and associates, not the family, were the focus" of their work (p.116). He explained the importance of how "they were part of a larger network of legal an illegal businessmen who were expected to do favors for each other, avoid acts of unfair competition, and not clear those who ran businesses that were ‘connected’ to other members." (p. 117).

The book would have benefitted from citing the source and year of each chapter’s origin at its opening. This would make it easier to follow more clearly the evolution of Haller’s work over time.

In sum, however, Mathew Yeager has given us a worthy compendium of Haller’s major work and contributions on the subject of how organized crime is actually organized, including some of Haller’s publications which are now difficult to find. Haller’s lasting contribution is his detailed historical and social science analysis of organized crime operations in specific locations, and during particular time periods, which provided the rigorous examination of organized crime that had been missing for many years. As Haller observed, the term "organized crime" has been applied to a wide array of illegal markets and ethnic groups, and he summarized his major contribution to the study of organized crime in a single sentence: "While criminal entrepreneurs often enter into joint ventures or use violence as part of market competition, the effect of the term has been to oversimplify the structure of complex and loosely coordinated activities, to suggest that a danger originates abroad, and generally to exaggerate the centralized power and control of those engaged in illegal pursuits" (p. 80). We are indebted to Mark Haller for unearthing the historical evidence that added these facts to correct existing misperceptions of organized crime. 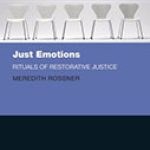 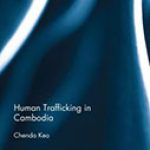