“The big promise of restorative justice,” says Meredith Rossner, “is that somehow an emotional transformation will take place to heal victims and turn offenders into law-abiding citizens.” The key word in this sentence is somehow. Even as restorative justice practices like victim-offender conferences have become increasingly common, there has been insufficient discussion about precisely what they are meant to achieve and how to evaluate their effectiveness. Rossner takes a clear-eyed and rigorous approach to these questions, and uses an admirably wide range of methods to address them. Her fascinating book adds a welcome layer of rigor and precision to the discussion of restorative justice.

Restorative justice is, in Rossner’s definition, “a process whereby the parties with a stake in a particular offense come together to resolve collectively how to deal with the aftermath of the offense and its implications for the future.” This definition focuses on one of the central innovations of restorative justice: a conference in which victims and offenders come face to face to discuss the harm caused by the crime, with the aid of trained facilitators. In its modern form, the restorative conference has enjoyed growing popularity in common law countries since the 1970’s.

The trend toward restorative justice marks a sharp departure from the traditional adversarial model. It supplements the dual focus on state and defendant with a focus on the harm to the victim. It also adopts a set of therapeutic, emotion-centered practices that seem light years away from the rational focus of the mainstream criminal justice system. It is thus somewhat surprising that these therapeutic, non-adversarial initiatives have been so readily embraced by the criminal justice system. The concern, as with other victim-centered initiatives such as victim impact statements, is that the acceptance of the practices outpaces both their theoretical justifications and the evidence supporting their effectiveness.

This leads to the central question of the book—what is the measure of an effective restorative justice conference? Restorative justice had several overarching goals. “It has been suggested it can repair harm to victims and communities, restore and reintegrate offenders, and reduce reoffending.” More specifically, the conference is expected to provide a fair and satisfying process for both victims and offenders, encourage feelings of trust in the criminal justice system, reduce fear and anxiety in victims, and elicit emotions like shame, empathy and remorse in offenders that, it is assumed, will lead to reduced recidivism. In short, one of the central aims of restorative justice is emotional transformation. Many of the claims for restorative justice are grounded in assumptions about the healing and cathartic power of emotion.

It is not surprising that many facilitators believe that emotional intensity is the key component of a good restorative justice conference. From this belief springs Rossner’s question: is the conference just about emotion, or “does emotion drive ‘just’ outcomes?” With this backdrop, Rossner turns to the question of what qualifies as a successful conference. She helpfully distinguishes short -term from long -term outcomes. The central long-term goal is defendant-focused: the offender’s transformation into someone who accepts responsibility for his crime and the harm it has caused, and who therefore stops committing crimes. The evidence of a link between conference participation and reduced recidivism is mixed, and more work needs to be done. Studies thus far have compared outcomes for offenders who participated in a conference versus offenders who did not. They have not compared conferences in order to identify the conference components that can be linked to reduced recidivism.

Existing studies have focused on the content of the conference rather than its emotional dynamics. That is, they looked at what was said and at what emotions were exhibited. Did the offender apologize? Did the victim forgive the offender? The well known early work of Braithwaite and others focused on indicia of shame, assuming that shame would contribute to reduced recidivism. As Braithwaite and others have since acknowledged, the dynamics of shame are more complex than they originally believed. Shaming may stigmatize offenders in a way that is counterproductive, or it may lead to the positive outcome of reintegration into society. To complicate matters, they acknowledge that it is difficult to isolate shame as a variable. In practice the emotions that lead to reduced recidivism are likely to include a blend of empathy, guilt and remorse as well as the “right” kind of shame.

The other set of long- term goals involves trust and legitimacy. Ideally, conference participation will lead both offenders and victims to regard the criminal justice as fair. Tom Tyler’s work suggests that increased trust of this nature may lead to reduced recidivism among offenders. For the victim, the conference may provide a set of opportunities for inclusion that are simply not present in the courtroom setting, and that increase trust and satisfaction.

Rossner’s contention is that a central factor in the success or failure of conferences has been largely overlooked—the emotional dynamics of the conference itself. For Rossner, this is a sociological question as well as a psychological one. As she rightly observes, emotion can be viewed as an internal experience to be studied via interviews. Treating emotions as individual and internal and studying them through interviews or in a lab setting has long been the dominant approach. It is also a very limited approach; one that reads out the social context in which emotional interchange occurs. The growing field of the sociology of emotion focuses on emotional interchange in social context, and Rossner’s work contributes to this field.

Assessing the deeply held belief that emotional conferences are good conferences, Rossner sets out to discover how the rhythms and emotions of the conference unfold, are communicated and interpreted, and are sustained over time. More precisely, she sets out to look beyond “just emotions” to the structure of the interaction. Drawing on the work of Goffman, she treats the conference as an interaction ritual, and posits that the successful conference works as a community building, solidarity-creating ritual.

Rossner’s goal is to observe and analyze these rituals, and to identify the characteristics of the successful interactions. She uses a rich variety of methods to study the dynamics of the conferences. She conducted in-depth qualitative interviews with conference facilitators, delving into the characteristics of their best, worst and typical conferences. She coded these interviews based on their ritual-enhancing components, for example rhythm, emotional engagement and establishing a connection (solidarity, in her terminology). She also observed several conferences. One absorbing chapter (Chapter Four) describes in detail a single conference she observed. She supplements these findings with a quantitative analysis, using existing datasets from an experiment conducted in Australia, but analyzing them for a new category of data—the micro-dynamics of participants. For example she looked at conversational balance, synchronization of gaze and gesture, eye contact, body language, physical contact such as handshakes or hugging, expressions of respect or disrespect, and stigmatizing language. She also looked at expressions of sympathy, forgiveness and remorse, and at demographic variables. She found strong linkages between solidarity-producing conferences and successful outcomes, both short and long term.

Rossner proposes several areas for additional study. As she observes, more information is needed on recidivism, as well as on the effects of the conferences on victims. There are additional issues that should be pursued, some of which receive brief, tantalizing mentions in this book. One is the issue of imbalances of power. Rossner pays close attention to the shifts of power and status that take place within conferences. In the conference she observes, she also pays close attention to how class differences between victim and offender play out. According to her findings, gender matters to success—more female participants generally lead to a more emotionally communicative conference. But she does not focus on how the effects on female victims may vary depending on the type of crime, particularly in crimes like sexual assault and domestic violence. In addition, her demographic analysis of the Australian data reveals an interesting finding: that conferences involving indigenous offenders were less likely to result in solidarity in the short term or reduced offending in the long term. More work needs to be done on the effects of these conferences on minority or otherwise marginalized offenders (or victims, for that matter).

Second, most of Rossner’s findings are based on a London study of restorative justice for serious adult offenders, run by the Metropolitan Police. The conferences took place after a finding of guilt and before sentencing. They did not take the place of either a trial or a sentencing hearing. Restorative justice conferences take many forms. A conference that is meant to replace courtroom processes would raise different issues about goals and outcomes.

Rossner’s observations about the London conferences have implications for criminal justice that extend beyond the restorative justice context. As I mentioned earlier, these conferences are part of a larger movement to achieve therapeutic outcomes in the courtroom. Victim impact statements at trial are part of this trend—these statements, originally defended for their information value, have come to be seen as a vehicle for victim healing and catharsis and a means of eliciting remorse from the defendant. In addition, scholars like Stephanos Bibas and Richard Bierschbach want to integrate remorse and apology into the regular courtroom setting, via face-to-face interactions between victim (or the family of the victim) and offender.

We learn two important things from the London conferences that have implications for all initiatives of this nature. First, a successful interaction takes a tremendous amount of planning and expertise. These conferences involved trained and highly committed facilitators who spent many hours planning every detail of the conferences. They were trained to talk about, observe and help channel emotions—they prepared the participants for the emotions that were likely to emerge at the conference, they guided the emotional dynamics of the conference itself, and they observed these dynamics closely in order to learn what worked best. Many of the U.S.-centered innovations I mentioned earlier are implemented without similar care and training. For example, although a social services agency may work with a victim before he or she delivers a statement, there is no attention paid to preparing the defendant for the emotions the statement may elicit, or that he might wish to convey to the victim. Judges, to the best of my knowledge, receive no training on how they ought to react to the statements in an open courtroom, and both judges and victims have expressed extreme discomfort at being put in this position. Juries are also not prepared or adequately instructed on the emotions the statements may evoke and what ought to follow from these emotions.

Another interesting finding with broader implications: the emotional dynamics that mattered to the outcome were those that were not explicitly or implicitly scripted. For example, the London conferences ended with a formal written agreement summarizing what the offender had agreed to do to repair the harm. Rossner found that this endpoint was anticlimactic. In a successful conference, this agreement had been reached as offender and victim came to a shared understanding during the conference. Relatedly, emotional displays that felt scripted or expected were rarely effective—rote apologies, for example. As I have argued elsewhere, sometimes a verbal or written apology is worthwhile even if insincere—it depends on the context. But when the goal is actual emotional transformation, sincere emotion does matter. It can’t be scripted, but to facilitate it takes time, commitment, resources, and knowledge of emotional dynamics. For those who are serious about achieving therapeutic goals in the courtroom, this is an essential message. 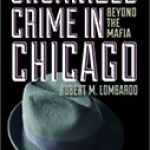 Organized Crime in Chicago: Beyond the MafiaBooks, Full Reviews 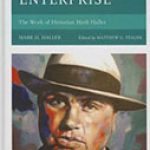