In The Heat Of The Summer: The New York Riots Of 1964 And The War On Crime

When we think about civil disturbances in the United States during the 1960s, some come immediately to mind: Watts. Newark. Detroit. These were certainly the most deadly, with, respectively, 34, 26, and 43 recorded fatalities. But as Michael Flamm persuasively argues in his In The Heat of the Summer: The New York Riots of 1964 and the War on Crime, the most far-reaching consequences may well have flowed from another disturbance, during which only one life was lost. On July 16, 1964, a fifteen year-old African American summer school student named James Powell became involved in an altercation with a white off-duty patrolman, Thomas Gilligan, who shot him to death.

As is so often the case in such instances, the dozens of witnesses to the killing saw different things. And as was also so often the case in 1960s America, the witnesses filtered what they “saw” through the prism of race. Powell’s fellow students, most of whom were African American, saw a white policeman whose life was not in imminent danger shoot an unarmed youth. White observers saw a violent black teenager slashing at a policeman with a knife after ignoring a warning shot. Both views corresponded with broader constructions of the alien “other” – the predatory black criminal and the racist white cop – that had by 1964 become signifiers for a deeply divided racial polity. In New York, the Powell shooting resulted in a wave of disturbances that roiled first Harlem and then the Bedford-Stuyvesant section of Brooklyn for almost a week. Only hours after Powell died, Barry Goldwater, accepting the Republican nomination for the presidency at his party’s convention in San Francisco, excoriated “the failure of public officials to keep the streets from bullies and marauders.” (25)

As public officials in New York struggled to restore peace, they were constrained by an almost perversely ill-timed set of circumstances. Mayor Robert Wagner, New York State Governor Nelson Rockefeller, and powerful Harlem Congressman Adam Clayton Powell, Jr. – who as a result of an unpaid legal judgment could only appear in New York on Sundays – were all out of town when the riots began. In their absence, Police Commissioner Michael Murphy, who insisted that the disturbances were “a crime problem and not a social problem,” attempted to quell them with an overwhelmingly white force of officers. (99)

By July 23, the New York riots had petered out. But anger and frustration in the city’s black community, built up over decades of mistreatment at the hands of the police, not to mention employment discrimination, a rigged housing market, and systemic educational dysfunction, remained. In the racially bifurcated responses to the New York riots – were they reactions to poverty and bias or manifestations of social depravity? – we can discern the outlines of the structures-vs.-cultures argument between liberals and conservatives that has consumed so much of our political oxygen over the past half-century.

But what if the New York riots, and those to follow later in the 1960s, were both a crime problem and a social problem? That idea animated President Lyndon Johnson, Barry Goldwater’s Democratic opponent in the 1964 presidential election, who had already obtained passage of a civil rights act that finally fulfilled the century-old promise of the 14th Amendment to the Constitution and who was planning an ambitious War on Poverty that would require support from moderates in his own party, and also withstand attacks from conservatives on both sides of the partisan aisle.

It is in this context that the 1964 New York riots become historically significant. With images of lawless behavior being broadcast nationally, Barry Goldwater warned of mass social disintegration, and the right threatened to aggrandize the issue of “crime-in- the-streets” — Johnson and his liberal allies risked being perceived as “soft” on criminal activity, and more specifically, on black criminal activity.

Only a few years earlier, Democrats had been successfully portrayed as “soft on communism” by the likes of Joseph McCarthy and Richard Nixon. As a leading Senate Democrat, Johnson had witnessed firsthand the damage done to the Democratic Party in the 1950s by allegations of its weakness in confronting the deeply emotional issue of communism. He had seen how the issue had breathed new life into a GOP that had lost five consecutive presidential elections between 1932 and 1952. Crime-in-the-streets had the potential to similarly revive the Republicans in the 1960s. As Flamm notes, the rate of violent crime in America was increasing substantially in the mid-1960s. Concern about it was legitimate, as concern about communist subversion had been a decade earlier. But even legitimate policy issues can easily morph into partisan political ones, and to Johnson, who understood the uses of power better than any of his contemporaries, every policy issue was a political one. Johnson knew he had to get out in front of the crime-and-disorder issue before his opponents did. Demonstrating he took it seriously would offer a form of cover for civil rights and antipoverty measures that were nearer to the president’s heart. Watching the unrest in New York from the Oval Office, LBJ resolved that no one would call him – or his liberal allies – soft on crime.

The result, as Flamm shows, was a War on Crime and a related War on Drugs that would have devastating effects on America’s communities of color over the succeeding half-century, yet, paradoxically, earn liberals only contempt from conservatives – Goldwater, Nixon, Ronald Reagan, and other Republicans – who insisted they were not being “tough” enough. Like the war in Vietnam, also planned by liberal Democrats who were later pilloried by conservatives for a perceived lack of prosecutorial vigor, liberal Democrats received little credit for launching the War on Crime. Running for reelection in 1964, Johnson had argued “the war on poverty is a war against crime and a war against disorder.” (254) But the trajectories of these “wars” soon bifurcated. The 1968 Safe Streets Act that provided federal block grants to states that were used in part to “militarize” local police forces was passed by a Democratic Congress, but it was the Republicans who reaped the political rewards of the crime issue.

The road to our present-day carceral state, with disproportionately high numbers of people of color behind bars, often for nonviolent offenses, began on that morning in July 1964 when Thomas Gilligan shot James Powell, and the ground began to shift beneath American liberalism. Liberals launched a war against crime about which they were ambivalent, then watched it move in directions they did not anticipate or desire, as their conservative opponents used it to discredit their larger platform of economic reform and racial justice. Modern American history is not without its ironies, its unintended consequences, and its tragedies. 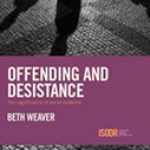 Offending and Desistance: The Importance of Social RelationsBooks, Full Reviews

New Views on Pornography: Sexuality, Politics, and the LawBooks, Reviews in Brief