Offending and Desistance: The Importance of Social Relations

Whither the great debate? Beth Weaver in Offending and Desistance reconfigures the structure versus agency debate by recognizing their interdependency and suggests that any assumption about the primacy of either in shaping human behavior is flawed at the core.  The book offers an innovative analysis of co-offending and co-desistance by focusing on social relations as the conduit that inextricably unites both the use of agency (“the capacity of individuals to act independently” p. 47) to structurally embedded enablements and constraints. Weaver’s combined experience as a former social work practitioner in the criminal justice system as well as a skilled academic has enabled her to develop a critical lens from which to explore the ways in which the dynamic processes of offending and desistance are co-produced and hold both generative and transformative potential.

The book comes at a time when in the United States, the treatment by police officers of Blacks, Latinos, and the poor has prompted an empathetic interest in the lives and stories of persons whose complex realities have too often been reduced to one-dimensional soundbite introductions to the headline news.  The media images and messages that depict and reinforce notions of the “stereotypical offender” are attached to assumptions, often about cultural dysfunction and individual pathologies, that also underlie some criminological studies.  Weaver provides a multi-dimensional glimpse into the lives of six men (in Scotland) who co-offended and in some cases co-desisted.  Weaver avoids the limitations of conventional agentic or structural explanations of their criminality or desistance by acknowledging that the men were not simply actors responding to their self-interests or environments, but their use of agency and the influence of structural conditions in their lives both shaped and were shaped by their social relationships.  This book is a timely contribution to criminological understanding both empirically and theoretically as Weaver unifies the two polarities of individualist and structuralist perspectives on criminality and desistance into a singular theory on human development.

As a collection of the life stories of six adult men in their forties who grew up together in the same community in Scotland, the book helps to reposition the diverse voices of the offender toward the center of criminological discourse.  Weaver’s style of analysis is rich in both depth and breadth as she adeptly sifts through the multiple themes that emerge from the data under the four superordinate themes of The Relational Context of Offending, Experience of Punishment; Roles/Religiosity, Reflexivity, Relationality and Desistance; and The Meanings and Outcomes of Work.   Her use of Pierpaolo Donati’s (2011) Relational Sociology: A New Paradigm for the Social Sciences as a theoretical framework to explain the how the men’s relationships and corresponding reciprocity contributed in unique ways to their offending and was compelling and challenging.

Although not explicitly stated, Weaver’s use of The Del, the name of the “gang” to which the six men belonged, functions as a proxy to explore how persons from the same “family” could achieve varying outcomes despite their individual and environmental similarities.  While all six of the men engaged in criminal activity as adolescent members of The Del, they were unique in regard to how their patterns of interaction with social relations in and outside of The Del influenced their responses to structural enablements and constraints.  They were also distinct in the ways in which their (lack of) interactions within their social networks impacted (reproduced or transformed/elaborated) the structural patterns that influenced subsequent relations and interactions.

The book stems from Weaver’s dissertation, and at times this is evident in the challenge of deciding how to blend items from an extensive theoretical and conceptual framework with the data analysis in a way that holds a reader’s attention while maintaining the integrity of the desired contribution to the broader body of knowledge.  All but the first of multiple reiterations of the conceptual framework throughout chapters 3 – 11, may have been better suited for the methodological annex or a separate chapter as examples of how the author linked each phase of the paradigm to the corresponding data for each of the men.  The author conducted a content analysis of the data as a grounded theory approach and also used Donati’s (2011) relational sociology as a theoretical framework.  Some reflection on the usefulness and limitations of Donati’s framework in relation to the grounded theoretical findings may have also helped to further distinguish the significance of the author’s remarkable contributions to the literature.

In the review of desistance research, Weaver effectively identifies the gaps and limitations of prior theories, building a persuasive justification for her subsequent analysis of the men’s life course trajectories.  In her critique of individualist rational choice theories, Weaver observes that this approach to desistance theorizing, while viewing desistance is an iterative process of intentionally seeking to make prosocial choices, ignores how relational contexts enable or constrain individual action and choices (p. 13).  The author also shares the results of studies on the correlation between desistance and marriage, parenthood, employment and religion/spirituality and notes that while the evidence has produced varying results, these studies generally fail to show how social structures or institutions influence the desistance process (p.22).  In both cases, the theoretical approaches ignore the primacy of social relations, the actor, and social conditions in explaining human behavior.

Weaver observes that for some of the men marriage failed to encourage their desistance.  For example, despite his wife’s pro-social or “normative orientation” during the early stages of their relationship, Seth “continued to offend and associate with the group [the Del],” (p.113).  For Harry, although he was concerned about maintaining his marriage, it was fatherhood that encouraged his incremental commitment to desist, as he became “intensively and directly involved in raising his son” (p.137).  In some cases marriage and parenting made a difference, in others neither had any effect, but in all her case studies Weaver found that an important factor in determining  outcomes was the combined effect of their agency, social relationships, and structural conditions.

Weaver’s analysis may also help to explain some of the variance in the results of studies assessing the impact of employment and religion on desistance.  For all but one of the men in the study, employment, volunteering, and religion provided them with relationships that offered meaningful opportunities to demonstrate their worth and develop feelings of acceptance, “by ‘normal’ people which enabled [them] to transcend [their] stigmatized status as an ‘offender’,” and fit in, (p. 108-109).  Through interactions in social networks facilitated through employment, volunteering, and religion, the men developed distinct responses to the enabling and constraining factors within their social conditions. By changing their patterns of interaction within their environments and corresponding “internal conversations” in response enabling and constraining factors, the men were able to reconstruct their social identities, (p. 191).

In contrast to the men who were able to change their life trajectories, Andy’s troubling life story provides a provocative account of what happens when normative social relations are inaccessible.  By the age of 48, Andy had spent 32 years in prison.  His social relationships in and outside of prison were marked by “exploitation and victimization” to which he responded with “self-containment and social withdrawal” (p. 203).  His self-described constrained identity is as “a guy who’s spent 32 years in prison,” (p. 202).  Having no memory of relationships with “normal” people outside of prison, Andy was “unable to envisage a life beyond prison” (p.204).

Throughout the book, Weaver adeptly shares the stories of the men in their own words and from their own perspectives.  Their words help convey the complexity of their circumstances from their standpoint.  Their words share lessons about the role played by them, others, systems, and social conditions in perpetuating patterns that constrain as well as those that hold the potential for change.  Of all of the men, Andy’s words and his description of his sense of despair for the future and ultimately his death, provides an example of the effect of constraining conditions on systems, social relationships, and agency when there appears to be little hope for transformation (“elaboration”) or change.

Of interest is whether superordinate themes similar to those discussed by Weaver would emerge in comparable research on offending and desistance across different groups based on gender, ethnic, race, and geographical distinctions.  A comparison between Weaver’s relational theorizing and the critical-feminist criminological intersectional approach could provide a means of further distinguishing both frameworks.  The intersectional approach explores the way in which factors such as race, gender and class intersect to define an individual’s social location and opportunities to respond to enabling and constraining factors in their social circumstances.  Weaver provides a means not only to acknowledge the primacy of supportive relationships in the desistance process, which has been well established in the feminist criminological literature, but to expand explanations of how these relationships, agency, and structure function to facilitate (or hinder) the change process.

Weaver’s approach to understanding offending and desistance could also be strengthened by applying aspects of critical theorizing about influence of power to the model.  A critical perspective could argue, for example, that Andy’s exceptionally dismal outcome when compared to his peers was a result of his considerable lack of power as indicated by his own words used to describe his  relation to the social systems, social relations, patterns of interaction, notions of agency, and the conditions that influence each of them. Acknowledging differences in power enables the framework to become even more dynamic.  The impetus for movement (transformation or “elaboration”) or lack thereof (reproduction) within and between social conditions, social systems, social relationships, and agency may be understood as a function of power and its reflection through language, ideology, action, interaction, policy, practices, systems, and conditions and how they impact each other.

This book contributes to an emerging genre of relational criminological theorizing that reconfigures the value-laden classifications rooted in the great debates that plague the social sciences, including the structure vs. agency dialectic.  Weaver’s innovative analysis of a rich collection of data makes this book one that should be highly recommended for students, criminologists, criminal justice professionals, and policy makers with an interest in the importance of social relationships in offending and desistance.  Given the discourse on criminal justice and specifically penal reform, and particularly with individuals like Andy in mind, studies that investigate agency and social interaction within systems that embody structural enablements and constraints are imperative.  In his 2012 Sutherland Address for the American Society of Criminology on “Penality and the Penal State,” David Garland (2013) encouraged criminologists to pay more attention to how policy and practices translate structural conditions into individual outcomes.  Offending and Desistance provides not only indirect support for Garland’s invitation, but a framework for such an undertaking. 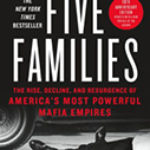 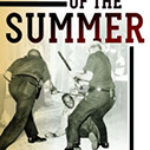 In The Heat Of The Summer: The New York Riots Of 1964 And The War On CrimeBooks, Full Reviews