The Jersey Sting – A True Story of Corrupt Pols, Money-Laundering Rabbis, Black Market Kidneys, and the Informant Who Brought It All Down

This catchily-titled book is written by two long time reporters for The Star-Ledger, which as they point out, is New Jersey’s largest newspaper. Because they covered the book’s foundation story very closely from its beginnings, Sherman and Margolin had great access to people and materials which gives their book considerable authenticity. Their reporting also has a day by day, and in some cases minute by minute timeliness about it that carries the reader along in following what is truly an incredible crime story. While the authors’ approach has many positive aspects, it also has some downsides. For one – it is somewhat short on perspective, and the limitations on context and a kind of broader view are compounded by a tendency to engage in hyperbole. Although perhaps not surprising in book written by journalists and in a kind of journalistic style, introducing their story as an account of “one of the largest-ever federal sting operations in U.S. history…culminating in one of the strangest and most dramatic days ever to occur in New Jersey” seems just a little over the top! Nevertheless, maybe putting aside their “views and smells” observation, it is hard to disagree with the authors characterization of this as “a tale of greed, corruption, betrayal, ambition, politics, religion, money, and morality, set in the rich tapestry of New Jersey, with its incredible views and awful smells and fascinating people” (p. 6). The media have often been accused of sensationalizing their coverage of crime and justice subjects, and indeed there is some of the flavor of that in this book, but I do not believe it has been overdone in this case.

At its heart this is a sorry picture of political corruption. It is, as the authors point out, unfortunately not a new image for New Jersey. Thus, one of the themes they develop (although not as fully as I would have liked to see) is that of the unusual linkages between New Jersey and corruption. Sherman and Margolin quote one of the senior prosecutors in the New Jersey U.S. Attorney’s office as saying: “New Jersey was ‘an incredibly target-rich environment'” for political corruption. Close to the end of the book – curiously in their acknowledgments section – the authors ruminate on just what it is about New Jersey and corruption that seems to make them such close bedfellows. But we do not learn much. In fact, the authors ultimately conclude: “In the end, the Questioning leads to exhaustion. Not answers” (p. 365). This illustrates what seems to be the primary goal of the book, namely to tell a good story but not to provide really substantive answers to the fundamental underlying questions.

In addition to the overarching theme of corruption, other themes addressed in the book are a related one of the individual greed for money and power; also the role and use of informants in criminal investigations; and, the intersection of prosecutors and politics. Before looking at how these themes are developed, I feel compelled as a social scientist to address the study methods and sources relied upon by the authors. Given the time- honored axiom that any piece of research – and after all that is what we have in this book – is only as good as the data and information upon which it relies, we should ask what did the authors do and how did they do it? Sherman and Margolin had access to a wealth of secondary source materials: criminal and civil complaints and affidavits, transcripts of federal wiretaps and recordings of meetings, sworn depositions, legal briefs, and other court records – all of which were in the public domain. The primary source material came from what they describe as “dozens upon dozens” of interviews with a wide variety of subjects – including some they refer to as “shady characters.” Extensive audio and video transcripts existed because the principal character in the sting operation – Solomon Dwek – agreed to become an FBI informant and wear a wire.

Before taking up the issue or theme of informants illustrated by this case, we need to know something about the particular matter or matters that were at the core of the Jersey sting. It began with Solomon Dwek, aka David Esenbach, the son of a rabbi, who was a real estate mogul with what was described as a multimillion-dollar real estate empire. Dwek was both a philanthropist and a major donor to political campaigns. Dwek was also a high rolling wheeler-dealer who had operated a kind of shell game involving real estate transactions over a number of years. But in May 2006 he was arrested on fraud charges involving a phony $25 million check. It became clear that Mr. Dwek, a la Bernard Madoff, was running a substantial Ponzi scheme of his own. The scheme victimized Dwek’s family, friends and colleagues alike. Facing bankruptcy as well as considerable federal prison time for his crimes, Dwek agreed to cooperate with prosecutors from the U.S. Attorney’s office – agreed in other words to become an informant. As a result, a little over three years later, on July 23, 2009, law enforcement agents arrested more than 40 individuals who had been electronically fingered by Dwek. The arrestees included local officials such as mayors and councilmen, state assemblymen, building inspectors, and a variety of political operatives. Along with the politicians and sundry political hangers-on were rabbis, Hasidic real estate developers, and others from the Jewish community. Dwek seemingly spared no one.

The story of Solomon Dwek’s collaboration with the Feds speaks to one of the moral hazards that dot the landscape of criminal investigations. One of the requirements for the successful investigation and prosecution of complex white-collar and organized crime enterprises is the need to penetrate into the inner workings of the criminal enterprise. Law enforcement authorities have a variety of ways of doing this, e.g., electronic surveillance, undercover cops, etc. Informants are another tool in their toolkit. Informants are usually, although not always, persons who are themselves involved in the criminal activities under investigation. Because they are already “one of them,” they can get close to the individuals who are the targets of investigation. Are informants an effective tool? Absolutely! This does not mean, however, that there are not substantial risks accompanying their use – thus the moral hazard. Because they are criminals and/or otherwise “low-lifes” to begin with, there are general concerns about informant reliability. Then there is the matter of their trying to get leniency for their own criminal doings by helping law enforcement. What crimes are to be forgiven and even permitted to prosecute other crimes? Informants have a vested interest, something to gain, from incriminating others. When informant testimony is used in criminal prosecutions, they are invariably attacked by the defense as being untrustworthy criminals.

The other risk that arises from the law enforcement use of informants is that of entrapment. The law sets a fine line between merely providing the opportunity for suspects who are already so inclined to commit crimes, and actually encouraging or otherwise inducing them to do so. The latter constitutes entrapment and can jeopardize the resulting prosecution. As Sherman and Margolis describe it at length, Solomon
Dwek often operated in this grey area between being simply reactive and being more proactive in his informant role. Dwek provided the honey pot intended to attract anyone who wanted to indulge; and the Feds in turn had the sting – the trap – that caught them after they had indulged.

Turning to the greed theme, political corruption exists everywhere (not just in New Jersey) in an environment in which public officials, having decision-making authority and the power to dispense favors, decide they want extra “fees” for deciding and dispensing in certain ways. In other words, they seek and accept bribes. On the other side, those doing the bribing are wanting to influence actions and decisions in their favor. The Dwek operation exemplified this kind of corruption. Real estate development – Dwek’s business, and one that can be extremely lucrative – requires permits, zoning variances, and a host of other legal and regulatory compliances. The latter are all granted or denied by public officials. Those officials in turn may simply want to live a lifestyle that is richer than their income, and/or they may need money to finance their political campaigns. Political corruption is thus a kind of quid pro quo – you scratch my back and I scratch yours! It is motivated by greed on both sides.

A final theme that arises from The Jersey Sting is that of prosecutors, prosecutions and politics. Prosecutors are enormously powerful in the criminal justice system. They have the ultimately authority to decide who will and will not be held to account for their crimes. They decide who to charge and not to charge, and with what. In New Jersey there is one federal prosecutor, the U.S. Attorney, who is appointed by the President. As the criminal case revolving around Solomon Dwek developed beginning in 2006, the U.S. Attorney happened to be Christopher Christie, a Republican appointed by President George W. Bush. Christie had come to be seen as a hard charging aggressive prosecutor of corruption – particularly against Democratic officeholders. The bipartisan charge that is often leveled against prosecutors of corruption is that they are much more aggressive in going after targets in the opposite political party, and this was certainly true of Christie. But the reality is that the targets have to be there in the first place. The various politicos who accepted FedEx envelopes stuffed with ten thousand dollars in cash from Solomon Dewk, did so of their own free will.

The final political twist to the Christie part in this story is the fact that he had stepped down as U.S. Attorney and was running for governor (successfully as it turns out) in 2009, when the trap was actually sprung. It certainly helped his electoral chances, while proving to be one more damaging blow to the incumbent Democratic governor Jon Corzine.

In the end, the story that Sherman and Margolis tell is a sad story. It only adds to one’s cynicism and resignation about politics in general, and New Jersey politics in particular. The Jersey Sting does not leave the reader with any sense of optimism that things are likely to change. Nevertheless, by shining a light on what needs to change, these authors and their book are doing a public service. 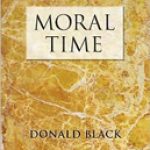 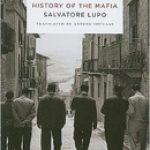 History of the MafiaBooks, Full Reviews