Thirty five years ago, the publication of Donald Black’s The Behavior of Law attracted great interest and considerable controversy. Such a grand undertaking as a general theory of law was bound to do so. The idea that legal outcomes can be explained by the location of litigants in social space was rather daring, to say the least. It was followed in 1989 by Sociological Justice, which argued that despite the ideal of equal justice under law, bias is inevitable. One can appreciate how such assertions, as bold as they are sweeping, might be regarded as confronting by conventional practitioners of jurisprudence. In the best tradition of Karl Popper, Black presented his theory as a set of falsifiable propositions, and offered rich and abundant supporting illustrations from the literatures of history and anthropology.

With his typical boldness, Black has produced another classic. Moral Time is his attempt at a general theory of conflict, and he succeeds admirably. The scope of Black’s undertaking is again, breathtaking. He seeks to explain all conflicts, in all human relationships, “across the world and throughout history…….between relatives, friends, colleagues, strangers, groups, or nations.” Specifically, conflict is produced by increases or decreases in the amount of intimacy, inequality, or diversity. Rapid social change along any of these dimensions produces conflict. This movement in social space is what Black refers to as social time. The greater the speed and intensity of social time, the greater the conflict. Morality, or social norms, militate against social change. As Black states it, morality “forbids the movement of social time.”

Intimacy
Conflict arises when relationships become over-intimate. And here, the pre-existing relational distance between parties serves as the starting point. Rape of a stranger has traditionally been regarded as more serious than rape of a spouse or partner. Vertical distance between parties also matters. Rape of a social superior tends to generate more conflict (and a harsher response) than rape of a person of lower social status. White men who raped black women in the American South during the 20th century were not lynched. Nor did they face formal criminal charges.

Physical contact between brother and sister is strictly forbidden within some Australian indigenous groups. Islamic culture imposes significant restrictions on women’s dress, and contact with males. In contemporary western societies, the touching of strangers may lead to charges of assault or indecency. Even nonconsensual voyeurism, directly or through the use of digital technology, may be defined as criminal. Making and maintaining eye-contact in some urban sub-cultures may elicit aggression. Sexually explicit art or literature has often been subjected to censorship.

Conflict also arises when relationships become under-intimate. Desertion may be regarded as a radical reduction of intimacy. The resulting conflict may be played out in court, or in a violent interpersonal encounter. On a lesser plane, lying, excessive secrecy, or aloofness are regarded as impolite. Under-intimacy and its consequences are also evident at a national level of analysis, when colonies declare independence, when provinces break away, or when ethnic groups seek political autonomy. Conflict follows.

Increases or decreases in inequality also produce conflict. Individuals, social groups, or nations who become exceptionally successful are often resented. Such resentment has been manifested in many ways. The life of Jack Johnson, the first African American to become a world’s heavyweight boxing champion, is illustrative. His victory over James Jeffries on July 4, 1910, was followed by race riots across the United States. Johnson, who had a number of marital and other intimate relations with Caucasian women, was subsequently imprisoned for violation of the Mann Act.

In many tribal settings, those who were seen “to accumulate wealth too rapidly” could attract accusations of witchcraft. The success of Jewish people in Europe was met over a period of centuries with discrimination, expulsion, and eventually, genocide, often accompanied by outrageous myths such as the kidnapping and cannibalism of Christian children. On a more modest level, some of the relatively egalitarian cultures of today, such as those of Scandinavia and the Antipodes, are resentful of those individuals who appear overly ambitious or successful.

Challenges to the established order invite downward reciprocity. Indeed, criminal statutes have traditionally shaped penalties to the relative status of victim and offender. In early China, striking a parent or grandparent was punishable by beheading. Contemporary common law systems include the offences of resisting arrest and contempt of court, as well as assault of a public official.

Downward mobility engenders conflict, as losers too may seek revenge. Many homicides are committed by individuals whose employment had recently been terminated. At the level of interpersonal relations, the loss of honor often triggers aggressive response, as reflected in duels between aristocrats of old, and bar-room brawls in more recent times. Black also notes the relationship between individual financial difficulty and suicide.

Decline in wellbeing occasioned by adverse health events has also occasioned conflict. Outbreaks of the Black Death in Europe were routinely followed by massacres of Jews. England, having expelled all its Jews in the 13th Century, blamed successive outbreaks of the disease on the Scots and the French. As an alternative to targeting ethnic or religious groups, “witches” were often accused of causing adversity and persecuted accordingly.

Upward or downward mobility can engender international conflict as well. The ascendancy of Athens caused fear in Sparta, and consequent hostilities. The meteoric rise of Japan from the Meiji Restoration in 1868 soon led to success in the Russo-Japanese War, the colonization of Korea, Taiwan and Manchuria and ultimately to WWII. Germany, brought to its knees by post-WWI reparations, rebounded with a vengeance, until it too was defeated definitively. France, occupied during WWII, sought to regain its imperial grandeur and brought about much bloodshed in Indochina and North Africa. The decline of the British Empire produced atrocities in Kenya and on the sub-continent.

One notes with concern the contemporary rise of China and the apparent decline of the United States. Viewed through the lens of Moral Time, these developments can only be regarded as ominous.

Diversity
“Cultural differences cause conflict.” Some cultures are so insular that they abhor strangers. Black cites Biblical mandates to kill foreigners. He describes tribal societies who would not only attack any visitors venturing into their territories, but would also subject them to sadistic torture. The Japanese, traditionally intolerant of foreigners, were brutally inhospitable to Catholic missionaries in the 16th and 17th centuries. As Black asserts, conflict accompanies all migration. No doubt he would explain the 2011 mass killings in Norway in a similar manner.

In some cases, mistrust of foreigners has been entirely warranted, as indigenous peoples of North and South America, Australia and elsewhere can attest. An early example of biological warfare was the deliberate infection of natives by smallpox at the order of the Commander of the British Forces in North America in 1763. So it is that incursion provokes resistance, which in turn is met with even greater repression. Conflict produces more conflict.

Religious differences have been the source of much conflict since Roman times, and continue to contribute to bloodshed today. Whether one seeks to reform one’s religion, establish a new one, impose one’s beliefs on others, or attempt to stifle religious expression altogether, conflict will follow.

Black also notes that diversity engenders conflict in other domains of culture, including art and science. Departures from artistic or scientific orthodoxy are often met with hostility, as Picasso, Pollack, Galileo, and Newton would attest. The most extreme forms of departure from the unorthodox may attract the criminal sanction, or vigilante behaviour.

Conclusion
Black provides criminologists with much food for thought. One eminently testable proposition that he advances concerns the relationship between poverty and crime. He contends that it is not the condition of poverty per se that is criminogenic, but rather the process of becoming poor, one’s downward movement in social space.

Moral Time may be distressing to some readers. The idea that human conflict is inevitable, is a sobering thought. Inequality is increasing, within and between nations. So too is diversity. But Black offers some consolation. Globalization, the rapid movement around the world of people, ideas, finance, produces conflict. At the same time, it contributes to the growing closeness of individuals to the world as a whole. Global morality is evident in the increasing importance of human rights. It is also evident in animal rights, and even ecological rights (Ironically, concern for systems of nature reflect the cosmology of numerous traditional societies, which themselves have vanished or are vanishing). Whether the centrifugal forces that have strained humankind for millennia will one day be eclipsed by global morality is an interesting idea, reminiscent of the unification of consciousness heralded by the French philosopher Teilhard de Chardin.

Peter Grabosky, Ph.D. is a Professor at the Regulatory Institutions Network at Australian National University. 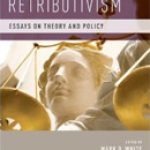 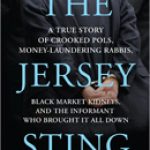