Jury Discrimination: The Supreme Court, Public Opinion, and A Grassroots Fight for Racial Equality in Mississippi

A jury of one’s peers is a right that Americans take for granted as one of the cornerstones of the trial process. But who or what constitutes one’s peer? Is it someone who lives in the same city or county as you? Is it someone who comes from the same economic strata? Or is it someone who looks like you? There have been several United States Supreme Court decisions in recent years dealing with jury selection and peremptory challenges; in these the Court has reiterated what it has held for over fifty years—that a defendant is entitled to a jury of one’s peers, and that means the jury must be drawn from the community in which the crime occurred. Excluding potential jurors on the basis of their race is a violation of the Fourteenth Amendment. But as Jury Discrimination makes clear, this was not always so.

In Jury Discrimination, Christopher Waldrep, a scholar of race and justice in the Reconstruction South, uses an unusual 1906 Mississippi case in which a Black lawyer and a White lawyer worked together to convince the Mississippi Supreme Court to require the integration of trial juries, as the foundation for a wide-ranging examination of the right to trial by jury and the means by which Southern states in the Jim Crow period endeavored to exclude Blacks from juries. The book covers a tremendous amount of ground, including the development of the right to trial by jury, the debate over the meaning of the privileges and immunities clause of the Fourteenth Amendment, and the role of the law in enforcing a segregated society.

Waldrep’s previous book, Roots of Disorder, examined how Southerners used extralegal means (lynching) to repress and disempower Blacks; this book focuses on how Southerners used the law to achieve a similar purpose. Waldrep argues convincingly, that the legal rules created to justify and perpetuate all-White juries served as a template for other Jim Crow laws. His discussion of the United States Supreme Court’s interpretation of the Fourteenth Amendment makes clear how the Court essentially ignored the intent of the drafters of the Fourteenth Amendment and rendered the privileges and immunities clause — designed to ensure that recently freed slaves enjoyed the same rights (such as jury service) as White Southerners– meaningless.

In the antebellum South, juries were typically all-White—no surprise, as there were few free Blacks eligible to serve on juries. After the Civil War and the elimination of slavery, Southern Blacks made inroads in a number of areas, including politics and the law. Blacks not infrequently appeared on juries in a number of Southern states. But Reconstruction was short-lived, ended by the infamous Compromise of 1877. White Southerners quickly employed a variety of illegal means, such as the Ku Klux Klan and lynching, to regain control of Southern Blacks. Laws designed to limit Black participation in civic and political arenas were passed by Southern states.

The Supreme Court interpreted the Fourteenth Amendment as applying only to the actions of state actors. While the Fourteenth Amendment ostensibly made racial discrimination unlawful, the Court determined that to prove something like jury discrimination it was not enough for a litigant to demonstrate that a large percentage of the population was Black and that somehow no Blacks ever served on juries. Instead, the Court required proof of intentional discrimination by a state actor against that particular litigant. Absent a confession of such behavior, it was impossible to prove jury discrimination. Such confessions were of course nonexistent.

Waldrep argues that excluding Blacks from juries was part and parcel of White Southerners’ plans to retake control of state and local governments, and to enforce the segregation of Southern society. He makes a convincing case, and his focus on how Southerners and the Supreme Court used the law to control Blacks makes for disturbing reading. But this is a tale often told. The real value of Waldrep’s work is the attention it brings to how jury discrimination works, and how it is still in use. And for criminal justice scholars, the Supreme Court’s refusal to use strong statistical evidence of racial discrimination in the 1870s likely brings to mind the Supreme Court’s continued reluctance to do so, as demonstrated in the Court’s decision in McCleskey v. Kemp (1987), in which it refused to use such evidence as proof of racial discrimination in the imposition of the death penalty.

Where Waldrep is less successful is in his argument that the 1906 case he uses as a foundation for a discussion of jury discrimination is evidence that legal reasoning can overcome public prejudice. In this case, the Mississippi Supreme Court did make it theoretically possible for Blacks to be seated on juries. But he offers little evidence that this rare decision in fact resulted in any significant change in trial practice. It is true that the Mississippi Supreme Court was boxed in by precedent and the facts in this particular case, but there is sadly little indication that the decision had a lasting impact on trials during the Jim Crow era. Certainly the case stands as a testament to the power of legal reasoning, and to the integrity and courage of the people who brought the lawsuit, but the law does not exist in a vacuum. Indeed, there is sad evidence that jury discrimination still exists today, even after the United States Supreme Court began to give meaning to the Fourteenth Amendment through its interpretation of the equal protection clause. The Equal Justice Initiative (2010) recently issued a report documenting numerous instances of racial bias in jury selection in eight Southern states.

Jury Discrimination is well written. Waldrep is able to convey relatively complex legal concepts clearly and engagingly. This book serves as an excellent resource for historians and legal scholars alike, and should also appeal to criminal justice scholars interested in learning more about how and why jury selection works the way it does today. The book makes clear just how deeply racial prejudice impacted not only Southern society in the Reconstruction and Jim Crow periods, but how such prejudice was enabled by jurists all too willing to turn a blind eye to the realities of life in the South.

Craig Hemmens is Department Head and Professor in the Department of Criminology and Criminal Justice at Missouri State University. 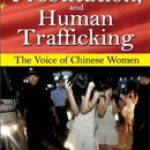 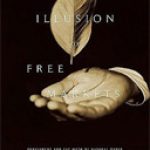 The Illusion of Free Markets: Punishment and the Myth of Natural OrderBooks, Full Reviews