Migration, Prostitution, and Human Trafficking: The Voice of
Chinese Women

While critics argue that not enough research is being conducted nor data collected to assess the real scope of modern day prostitution and human trafficking, it is refreshing to see a new book, Migration, Prostitution and Human Trafficking, the Voice of Chinese Women which further contributes to our understanding of the complexities of these global social issues. Generally research work has focused on the macro structural factors that influence prostitution and sex trafficking such as economic inequalities, anti-feminist campaigns, or lack of good paying jobs in general. Other research alternatively focuses on anecdotal accounts of the sex industry. But here, Min Liu does a good job of blending both perspectives and using ethnographic techniques to present a range of probable explanations for the growth of sex work within China’s borders. Liu devotes several parts of the book to the feminist debate about whether Chinese women deliberately choose to migrate from their own neighborhoods to seek out work in the unfamiliar and sometimes dangerous environments of the sex business or whether larger economic and socio-political drivers force them into sex work. She ends with a quote from a native fiction writer who argues that sex workers may ironically be the most productive of all Chinese workers in the new economic times. The book captures useful dialogue that contributes to this debate, particularly around voluntarism in the industry.

Over an extended period, Liu was able to conduct interviews in her native language as well as observe first hand, the business practices in Shenzen province, a major mecca for the sex industry.  While problems of snowball sampling, lack of audio/transcription recordings for interviews, and small samples are acknowledged as limiting the validity of the research, she does deliver the voices and personal stories of native Chinese women actively working in street prostitution, escort services, karaoke and club entertainment venues, hair salons, and other personal service components of the business. Throughout her narrative, she reminds us of the significant financial contributions the sex industry has made to increasing the size of the post-reform Chinese economy. She chronicles the tacit responses from law enforcement and regulators who seem unwilling to control its growth on moral, legal or ethical grounds.

Liu examines the feminist debate about whether women willfully choose to become prostitutes or are forced into victimization through economic circumstances, corruption, or force in the collected interviews. She uses rational choice theory to argue that most of the women she met with use a form of “cost-benefit decision making” when they engaged in prostitution practices, knowing full well what the physical and emotional toll of the job required, but meanwhile, anticipating significant financial and material gains. Liu rightfully points out that these women’s choices are influenced by larger structural forces in China of unequal social development policies, unfair educational practices, and the cultural devaluation of females. Through the interview discourse, it becomes evident how possession of material goods has become an important symbol of success in the new Chinese economy.

Min Liu also devotes several chapters to examining Chinese women’s pre-prostitution lifestyles, their journeys into sex work, and the everyday aspects of their work. Liu uncovers a number of common threads. For example, most women try out other jobs first, but find it difficult to make ends meet on meager incomes. They then seek out sex industry jobs, because they are so lucrative. She provides specific income information to support this position. As noted in other country- wide research on prostitution, some women purposively move from poorer regions of China to larger metropolitan areas for more opportunities; but most, regardless of how they end up in the city, are brought into the business through friends, acquaintances and co-workers. Clearly some of these young Chinese girls are “turned out” of their own homes, are expected to find their own way in life, or are required to send money home to other family members. Of particular interest in Liu’s work is a discussion of Chinese social mores that may make it easier for the sex business to thrive in China. In later chapters for example, she discusses historical practices that encouraged polygamy, current widespread moral indifference to virginity and sexuality, weak social bonds between men and women, and long embedded social attitudes that do not appear to disparage paying for sexual favors.

This work while fairly simply written, does make an important contribution to the criminal justice literature devoted to sex offenses, offenders, and victimization. While only a small portion of her sample turned out to be trafficked sex workers, her discussions of their circumstances certainly sheds light on the need to suppress these practices. This book should be of interest to a broad audience and would work well as an additional text for college and university courses on deviancy, feminism, or transnational crime. 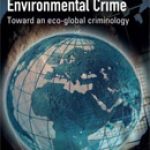 Transnational Environmental Crime: Toward an Eco-global CriminologyBooks, Reviews in Brief 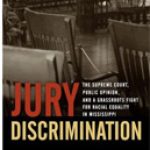