Labor and Punishment: Work in and Out of Prison

Sam Cooke famously immortalized an image of punitive labor in his song “Chain Gang,” when he sings: “All day long they work so hard till the sun is going down/ Working on the highways and byways and wearing, wearing a frown/ You hear they moaning their lives away.” The idea of this sort of labor as punishment is familiar to many—either as an example of the cruelty of an unjust system, or the outcome of a retributive system of justice. As the volume Labor and Punishment: Work In and Out of Prison (edited by Erin Hatton) demonstrates, however, labor is connected to punishment in ways that go well beyond prisons or correctional systems to permeate society more broadly. Overall, with a summative introduction from Erin Hatton and conclusion from Philip Goodman, plus seven robust chapters from scholars who take a range of approaches to the topic, Labor and Punishment is an imminently useful resource for students and researchers.

Hatton and the authors, who are scholars in fields ranging from sociology and geography to history, legal studies, and political science, make the compelling case for understanding all the many relations among punishment, labor and the economy. As their research demonstrates, punishment has impacts well outside prison walls or even on just those who are incarcerated, and indeed, enters the minds and bodies of those subjected to the effects of punitive labor.

In addition to looking at work in prison, chapters in the book also explore work after prison and work instead of prison, including the care work of formerly incarcerated mothers, and the routine degradation of formerly incarcerated men. The book speaks to issues that are both relevant for research and also critically important for reform or decarceration efforts today, especially in light of the impacts of COVID-19 on prisons and Black Lives Matter protests in the wake of the murder of George Floyd. In this context, Labor and Punishment serves as a compelling call for research, both expertly summarizing some of the findings in the field to date, and also demonstrating the need for more, and more robust, investigations of the relations between work and carcerality. As an edited book, it also pulls off the relatively rare feat of speaking with a clear discernable voice throughout the book, where each of the authors contributes to elaborating on themes that are generally common to all of the chapters.

Taken together, the chapters importantly identify two important mechanisms that drive the “looping effects” between mass incarceration and economic insecurity: carceral subjectivities and carcerally mandated precarity. While analyses of economic inequality and social stratification often focus on the material conditions of poverty and precarity, the focus on carceral subjectivities adds important insights on how incarceration does not only produce an external stigma, but it also changes the experiences and expectations of work for those who are or have been incarcerated. At the same time, the focus on carcerally mandated precarity, demonstrates that the threat of incarceration (for instance through forms of court-ordered supervision with work requirements) can be a means of enforcing docility in ways that deepen economic precarity and inequality. After an overview that introduces these themes and articulates the social historical moment in which scholarship on punishment and labor has emerged, a range of concerns on these topics is explored.

The first contribution from Amanda Bell Hughett looks at the case of prison labor activism in North Carolina. It explores why the chain gang was abolished in 1971 and later restated in 1975, while shedding light on how and why prison activism both succeeds and fails. Next, Jacqueline Stevens explores the political economy of work for those in the custody of Immigration and Customs Enforcement. Through an analysis of litigation challenging detainee work programs in private prisons she theorizes about why “kleptocracy,” and not just other factors such as racism and neoliberalism, are responsible for sustaining mass incarceration. Then, Noah Zatz develops a concept of “carceral labor” which is meant to draw attention to all forms of court-ordered labor and work training programs. In doing this, Zatz dispels the myth of supervision as a so-called “alternative to incarceration.”

Caroline Parker also looks at carceral labor, but in the context of labor in residential therapeutic communities for addiction treatment in Puerto Rico. Using extensive ethnographic and archival fieldwork, she concludes that such programs function as “abeyance mechanisms” that are providing alternative work opportunities for groups that would otherwise be excluded from formal labor markets. In this, she demonstrates the importance of viewing individual programs or interventions in a larger social historical context. Next, Gretchen Purser’s study, which involves in-depth interviews with formerly incarcerated men, explores how the criminal justice system makes formerly incarcerated people more vulnerable to exploitative labor practices. Anne Bonds takes a slightly different, and often neglected approach to labor, in looking at the reentry care work that formerly incarcerated mothers do to reclaim their role as caregivers. In this, Bonds expands on the notion of “carceral precarity” to show the precariousness of prison life within the context of gendered and racialized neoliberal capitalism.

Perhaps most powerful in the book, across each of the chapters, is the overall portrayal of punishment and labor that does not only focus on prisons or the numbers of people in prison. Instead, it consistently maintains focus on both the lived experiences of those whose lives have been impacted by incarceration, and also the “outward growth” of the criminal justice system, in terms of its institutional reach to the rest of society. In this, the book makes clear that addressing or transforming the conditions that lead to mass incarceration means disrupting forms of carcerality in society, and not simply reducing the number of people confined to prison buildings.

As Philip Goodman notes in the conclusion, taken together, these chapters make a convincing case for the need to understand punishment in all of its facets, iterations, complexities and forms. Authors advance the argument that, rather than responding to consequences of economic inequality and precarity, ongoing government investments in carcerality actually produce precarity. Also significant are the clear ways in which the criminal justice system is impacting the mainstream labor market. That is, the book argues that in order to understand the full role of the criminal justice system in society, it is important to understand work and punishment together, not as separate social problems. The interdisciplinary nature of this call for research is indeed also a strength, in marshalling frameworks and data from across disciplines to better understand the reproduction of marginalization and inequalities.

As Hatton notes, such a research agenda points to the need for more, and better, data from behind prison walls, where solid data can often be difficult to come by. This issue also raises the question of methodology—and what kinds of approaches might be most useful for understanding the shifting contours of the web that entangles systems of labor and punishment. It does seem that, relevant to this project, if somewhat overlooked in the volume, is the potential role of participatory and action-oriented methodologies. Such approaches have long been used to improve workplace conditions, raise worker consciousness, and advocate for larger systemic changes. The data from these methodologies can even be more reliable, as it involves those most impacted by the systems being studied in the process of investigating existing conditions and imagining possible futures. That is, rather than just having more researchers speak for incarcerated and formerly incarcerated workers, such an approach might involve getting workers caught up in carceral labor equitably involved as co-investigators in research projects.

Related to this point, it does seem that, given the urgency of the issues being addressed in the volume, and the political moment when there is renewed public attention to the need for systemic transformations, the book opens up the question of how reformers, workers, and/or activists are actually trying out alternatives or solutions in the present. In what ways might the looping effects between mass incarceration and economic insecurity be undone? How do different approaches of activists, community-based organizations or reformers compare? Is there an opportunity for scholars and researchers to participate in the needed transformations? Arguably, these sorts of questions are beyond the scope of the book, but at the very least, they could and should be part of the larger research agenda going forward. 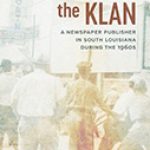 Against the Klan: A Newspaper Publisher in South Louisiana During the 1960sBooks, Full Reviews 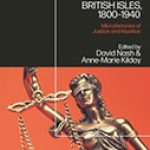