In 1984, Heritage of Pride, a nonprofit organization, was founded to plan New York City’s official LGBTQIA+ Pride events, and has done so ever since. Initiated in 1996, the Big Apple’s annual Pride parade included a contingent of New York City LGBTQ police officers marching in uniform. These representatives of the Gay Officers Action League usually received the loudest and most sustained applause from parade watchers.

That all changed in 2021, when Heritage of Pride, influenced by the nationwide protests triggered by the murder of George Floyd and the Black Lives Matter movement, instituted a ban against uniformed police in the annual New York City march. In turn, the policy change sparked intense and prolonged debate within the queer community itself, without a lasting resolution of the parade controversy.

Indeed, as amply demonstrated in Last Call: A True Story of Love, Lust, and Murder in Queer New York, the history of the relationship between law enforcement and LGBTQ Americans has been long and complicated. Elon Green’s engaging book points up that, beginning in the 1930s, New York City sent plainclothes police officers into gay bars to entrap patrons with charges of sodomy solicitation or loitering to engage in deviate sexual intercourse. This was likewise in other cities, such as Boston, where cops raided gay bars and then local newspapers printed the names of the arrested men in police blotters.

These proactive antigay law enforcement tactics continued into the 1970s. Starting in 1976, I ran a weekly free walk-in legal counseling clinic, initially housed at the New York Mattachine Society office on Christopher Street, and later at Gay and Lesbian Community Services of New York. The most frequently presented legal dilemma there involved how to deal with summonses issued by plainclothes officers stationed at gay cruising areas around the city. Closeted men who visited the clinic desperately wanted to know how to keep their names out of the local press, since they feared job loss and family rejection in the event the criminal claims against them became public information. My advice for avoiding media coverage was for the accused men to minimize the number of times they were in court, and that goal often required a plea of guilty at the first judicial appearance. This was because contesting the charges would necessarily require multiple court dates. Accordingly, American police departments of that era were intrinsically entangled in rigid maintenance of the gay closet.

Last Call also emphasizes that, even in the 1980s, when random assaults on gay men were sparked by HIV-phobia, the police did not always take crimes against queer people seriously. As Green observes, “[t]he New York City Anti-Violence Project was, at heart, a reaction to systemic indifference to queer life, and it began on the cusp of the AIDS epidemic.” Hence, not only did law enforcement conspire to keep closet doors hermetically sealed, cops also did not protect those during a public health crisis who were not even venturing out. So enduring hostility within the queer community toward the police is not hard to understand in light of the mid-20th century empirical context.

Yet Green’s affecting story about the Last Call Killer, a Manhattan-based serial murderer of mostly closeted middle-aged gay men during the early 1990s, presents a more modern understanding of the nuanced relationship between law enforcement and gay folk. The book’s meticulous investigation — of the circumstances surrounding the victims, and of the sometimes circuitous but nonetheless tenacious pursuit of the killer by police and prosecutors — discloses law enforcement personnel who had shed their homophobia, and who simply sought justice for the deceased and dismembered men and their families.

Last Call offers insights into not just the New York City Police Department, which by 1993 had assigned an out lesbian detective to look into the murders. Since the killer had disposed of victims’ body parts in Burlington and Ocean Counties in New Jersey, Rockland County in New York State, and Lancaster County in Pennsylvania, numerous local and state police departments had jurisdiction to investigate the homicides. In truth, New York City police were not the most important law enforcement personnel hunting down the perpetrator. As a result, Green supplies illuminating portraits of a very wide variety of crime solvers, including far flung people such as a fingerprint expert at the Toronto Police Service in Ontario, Canada, and a forensic scientist in the Maine state crime lab. The collective characterization of these manifold investigative officials reveals, to a person, not the slightest lack of zeal to fully discharge their professional responsibilities because of the decedents’ sexual orientations. Rather, each fact-finding participant was fully engaged in their respective task, and performed to the best of their ability.

Last Call consequently furnishes ample basis to resolve the Heritage of Pride quandary by welcoming uniformed police officers back into the Big Apple’s annual parade. The dark days of law enforcement’s incontestable oppression of queer folk are clearly in the rearview mirror when seen from the vantage point of how multifarious homicide sleuths dealt with the Last Call Killer. 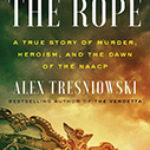 The Rope: A True Story of Murder, Heroism, and the Dawn of the NAACPBooks, Reviews in Brief 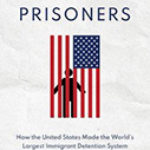 Forever Prisoners: How The United States Made the World’s Largest Immigration Detention SystemBooks, Reviews in Brief