The Rope: A True Story of Murder, Heroism, and the Dawn of the NAACP

Although The Rope is not a traditional academic historical monograph–there are no notes, index, or bibliography—the book is well-researched and explores its topics with both accuracy and empathy. Those topics, referred to in the subtitle, include the fight of Ida B. Wells against lynching, the murder of a 10-year-old girl in Asbury Park, New Jersey, and the attempt by a young private investigator to save one man and bring another to justice.

Alex Tresniowski effectively relates the story of Ida B. Wells from her childhood, marked by the death of her parents of yellow fever, through her rise to prominence as a journalist and crusader against lynching while detailing the rise of lynching as a means of racial control through extra-legal violence in the guise of justice. The book is also the story of Raymond Schindler, whose career as a private investigator began during the aftermath of the San Francisco earthquake of 1906. His career took off due to a murder in Asbury Park, and led to his becoming probably the most well-known private investigator of his time. The city of Asbury Park, founded during America’s Gilded Age, is central to the story as well. As a city conceived from the imagination of one man, the wealthy brush manufacturer James Bradley, Asbury Park represents the intersection of many facets of life and society in the late nineteenth century: wealth, leisure, class—and segregation.

Tresniowski interweaves these stories throughout the narrative, and though the protagonists never met, the stories of Wells and Schindler—both crusaders for justice—complement each other. Thomas Williams, a Black handyman working for whites in Asbury Park, was nearly lynched following soon after the murder of young Marie Smith in November 1910. The story of how Wells’s anti-lynching campaign helped lead to the creation of the NAACP and how Schindler’s tireless work to bring a killer to justice demonstrate that history is contingent. Events and circumstances build on each other to create a rich narrative turn-of-the-century life. Tresniowski weaves this tale by skipping from the events surrounding the Smith murder in 1910-1911, when Schindler was called in to investigate after leads ran dry — to the 1880s, 1890s, and the first decade of the 1900s, when Wells, shocked and shaped by the violence and cruelty of lynching, established herself as the nation’s foremost critic of the practice as well as one of the country’s greatest journalists. At times, the changes in chronological location are jarring—the reader wants to know what happens next in the story—but the crescendo that builds toward the denouement is worth it.

The Rope works well as a social history of the Gilded Age and Progressive Era, as an examination of lynching and the struggle against injustice, and as an introduction to early methods of criminal investigation and scientific police work. An engaging read in itself, The Rope would serve well in a class on the Gilded Age and Progressive Era, leading to valuable discussions about lynching, policing, city-building, and the inter-relatedness of events and their influence on history.

Stephen Lowe, PhD, is an Associate Professor at Palmetto College in Columbia, SC 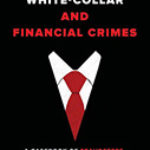 White-Collar and Financial Crimes: A Casebook of Fraudsters, Scam Artists, and Corporate ThievesBooks, Reviews in Brief 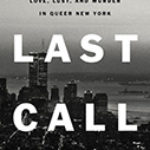