In this book, Terry Williams describes the disappearing social world of the cocaine scene in an after-hours club in the late 1980s and 1990s, and then briefly contrasts it with a similar scene from the 2010s. After-hours clubs were small facilities, not open to the public, that opened usually sometime between midnight and 4 a.m. In these locations, there was always coke for sale, along with tricking in the bathrooms and gambling, with cocaine use being the pivotal activity. At the time, in the 1980s and 90s, cocaine use was associated with “coolness” and represented “an ostentatious performance of the thuggish lifestyle” (p. 22).

Williams contextualises his fieldwork with a brief history of coca and cocaine use, and notes that drug enforcement is a “’smokescreen’ for racial injustice” (p. 6). According to the author, cocaine “has caused fewer deaths and physical harm than almost any other drug, legal or illegal, aboveground or underground” (p. 160). This is clearly a debateable proposition, but Williams is well versed in the intricacies of the cocaine subculture and has previously written books about drug dealing in Cocaine Kids (1989) and Crackhouse (1992).

The book is both well written and very entertaining, as seen in these snippets: “The walk of the player was a symbol of control. It was boplicity personified, a cross between a scream and poem” (p. 127), and “[e]veryone in the club had hopes of taking part in the world outside but needed some time and space to reflect on that decision” (p. 130).

The material is well organised and the associated subcultural argot is collected in a glossary, along with a methodological appendix, field note samples, a ‘Where are they now?’, and an index and bibliography. Throughout the book, there are illustrations of various cocaine-sharing rituals, menus from the club, and drawings of the layout of the various locales.

Williams describes his ethnographic research as collecting transient data in a process of “micro ethnography,” which he explains as being a middle position between self-absorption and the negation of subjectivity. The data consist of field notes and a few formal interviews, but most of the quotes are “an approximation of what I heard and saw” (p. 206). The biggest weakness is the length of time between the fieldwork and the publication of the book. Williams makes up for this by contrasting the analysis of the late 1980s after hours club with ethnographic observations from a similar locale in the 2010s.

The book is not heavy with academic references, but Williams draws on such notables as Becker, Elias, and Merton, to support his analysis. The biggest strength of the book is its original contribution. Social science researchers have largely ignored after-hours cocaine clubs because they are so difficult to access for outsiders. Terry Williams deserves much credit for his ability to portray these hidden subcultures and write about them in such an accessible and entertaining way. 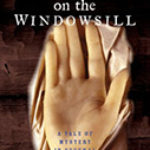 The Woman On The Windowsill: A Tale Of Mystery In Several PartsBooks, Reviews in Brief 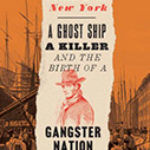 The Last Pirate Of New York: A Ghost Ship, A Killer, And The Birth Of A Gangster NationBooks, Reviews in Brief