The Last Pirate Of New York: A Ghost Ship, A Killer, And The Birth Of A Gangster Nation

Rich Cohen grabs your attention immediately in this book by referencing yesteryear and modern day known crime bosses such as Pittsburg Phil Strauss, Louis “Lepke” Buchalter, Lucky Luciano and Meyer Lansky. He continues over the next few pages by writing about the Ravenite Social Club on Mulberry Street where John Gotti and his crew hung out in the 1990’s. He provides a brief history of organized crime in Brooklyn and New York City as told to him by his father, and segues effectively discussing Albert Hicks, the Last Pirate, who is the main focus of this book.

According to Cohen, Albert Hicks could be considered a founding father of New York City’s underworld in 1860. Cohen does provide a caveat addressing the facts of the book by stating “[i]f it’s not been properly chronicled since the summer of 1860, it’s partly because these events took place on the eve of the Civil War.” Cohen researched these events relying on police records of the time, court documents and newspaper accounts. He decided to write about Albert Hicks after researching another book he had written entitled Murder Inc., the Jewish mob of Brownsville, Brooklyn.

The chapters are well written, and describe specific events in old Brooklyn and New York City during the 1860’s. The incident that introduces us to Hicks is entitled ‘The Ghost Ship’. The ship was spotted on March 21, 1860 floating adrift between Brooklyn’s West Bank and Romer Shoals. This is described as an outcrop that stands between the harbor and open sea. The ship called the E. A. Johnson, was towed to a pier beside the Fulton Fish Market in lower Manhattan, where authorities determined a crime had occurred and an investigation and manhunt began.

The book is loaded with drama, and Cohen does a masterful job of describing the characters through research he conducted, and via daguerreotype imaging. The latter is a process whereby a photograph is taken by an early photographic process employing an iodine sensitized silvered plate and mercury vapor.

Unlike Herbert Asbury’s book, Gangs of New York, which focuses on street thugs and crime, Cohen’s book focuses on Albert Hicks, the E. A. Johnson, the ship where the crime occurred, and the tenacity of George Nevins, a detective and Elias Smith, a reporter who painstakingly followed every possible lead to capture Hicks. Cohen’s descriptive writing captures the essence of New York City, in particular lower Manhattan during the mid-19th century. However, the story Cohen tells leads the reader through many other cities along the east coast, and how the investigators visited these cities, tracking the elusive Hicks. If the crime were to have occurred today, it probably would have been solved in 24 hours. Knowing of the forensics we have today and the use of surveillance cameras, the crime would have been investigated by a plethora of investigators, from various cities, including federal agencies. Instead, Cohen takes us on an investigative journey into what happened in that earlier era, incorporating twists and turns, tracking Hicks and describing in great detail how Nevins and Smith eventually captured him.

Due to the notoriety of this case and the public interest in Hicks, the public wanted to know additional information about him. While incarcerated, Hicks decided to tell his life story to the highest bidder so that his wife and child would be taken care of. New York Publisher, R. M. De Witt eventually made a deal with Hicks and agreed to write his life story.

Cohen describes a man who was scheming and conniving and willing to kill, in particular aboard ships, to attain wealth. The unique storytelling ability of this author keeps the reader enthralled throughout.

Reviewer: Kevin Cassidy-Professor in the Security, Fire & Emergency Management Department at John Jay College. He is also a member of ASIS. 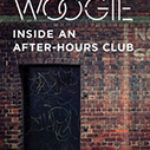 Le Boogie Woogie – Inside An After-Hours ClubBooks, Reviews in Brief 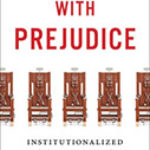