Lynching And Local Justice: Legitimacy And Accountability In Weak States

This contribution to the Cambridge Elements series provides a concise discussion of lynching and the factors contributing to its prevalence. In 87 pages of text, it sets out and then tests a theory of lynching based on an original cross-national data set, supplemented by depth interviews with community members in Haiti and South Africa.

Lynching in the modern era is more common that we would expect. The authors identified examples of lynching in 102 countries between 1976 and 2013, and reported “high levels” in 46. Lynching is by no means unique to developing countries; the global north has also been afflicted. The authors explain lynching as more likely to occur under one of three conditions: a) when states fail to provide basic services; b) when non-state actors (primarily gangs) provide some social services; and c) where citizens are forced to rely on self-help. In other words, lynching is more likely to occur where authority is contested or ambiguous.

Lynching is conceptually challenging. Jung and Cohen refer to ad hoc, spontaneous violence by ordinary people, devoid of state complicity, undertaken in response to state inability or unwillingness to respond to interpersonal crime. The authors appear to overlook the fact that state complicity can be very subtle; a nudge or a wink by a state actor may energize the community without the need for detailed choreography. The use of an agent provocateur may never become apparent. And criminality itself may be chimerical. Accusations of witchcraft, not to mention more mundane transgressions, are easy to make. In the half-century to 1930, more than a few African-Americans were hanged for merely making eye-contact with a white person. The authors’ use of US State Department Human Rights Country Reports, the principal source of their data base, may also be problematic. The objectivity of these reports has been questioned, and it is perhaps telling that their coverage excludes the United States itself.

The authors’ definition resulted in some ironic classifications, involving victims of crime who themselves were subsequently lynched. Among these was a fifteen-year-old Bangladeshi girl who was raped by a relative, “found guilty” of adultery by a “village-based arbitration,” and who died after having been whipped “at least 50 times.”

Based on their analyses, Jung and Cohen propose two basic strategies for the control of lynching: a) reducing public uncertainty about the sources of governance, and b) providing reliable basic services. Unfortunately, these are more easily said than done.

Future efforts to explain lynching might benefit from attention to two structural variables: heterogeneity and stratification. One might hypothesize that the more diverse and stratified a society, the greater the number of potential axes of conflict. These might serve as vectors of lynching, as they already appear to explain the use of punitive force by agents of the state. Correlatively, increases in lynching may reflect perceived challenges by subordinate groups. Whether these variables might serve to enhance or mute the influence of contested authority would seem to merit further exploration. Meanwhile, the authors have delivered a fine example of multimethod research, their modus operandi nicely documented, accompanied by an extensive and useful bibliography. 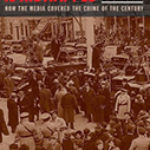 Little Lindy Is Kidnapped: How The Media Covered The Crime Of The CenturyBooks, Full Reviews

The Sexual Question: A History Of Prostitution In Peru, 1850s-1950sBooks, Full Reviews