The Sexual Question: A History Of Prostitution In Peru, 1850s-1950s

Paulo Drinot has written the most comprehensive history to date of female prostitution in Peru in the nineteenth and twentieth centuries. His main focus is the role of the state in promoting attitudes toward sexuality. As he put it, “the management of prostitution tells us about, in the very broadest sense, the interplay of sexuality, society, and the state in Peru” [p. 7]. Both interdisciplinary and rooted in historical sources, Drinot questions why Peruvian urban officials began much later than those in other Latin American countries to enforce medical and legal control over prostitutes in Lima, and why they gave up so soon.

The dearth of contemporary statistical data in Peru on legalized prostitution, marriage, and ethnicity and health statistics before the 1990s, meant that Drinot could not approach the history of female prostitution with sources commonly found in other studies. Yet female prostitution in Lima existed, and efforts to push it out of downtown neighborhoods were recommended several times. Peru has traditionally had very low marriage rates, often attributed to the costs of marriage as well as male reluctance to marry; but finding hard statistics is almost impossible. Even the League of Nations Special Body of Experts on the International Traffic in Women and Children bypassed Lima in the 1920s. But local specialists and urban officials wrote about and responded to the related problems, along with other groups. Those who insist on hard data and statistics will find Drinot’s study fascinating but vexing.

All studies on prostitution, male or female, rely on a unifying approach—sociological, economic, legal, or literary — Drinot chose to focus on the legal efforts to first regulate prostitution and then the abandonment of these very regulations. The availability of municipal records, legal, medical and criminal provide important insights. These include letters from female prostitutes who protested the implementation of the laws over time; thus a female voice and perspective appears there as well as that from the 20th century feminists who opposed legalized prostitution. Drinot also uses the voices of doctors, feminists, politicians, and prostitutes to show how knowledge of ineffective medical treatments, the failure to control prostitution, and the campaigns to promote rights of working women combined to sabotage any efforts to regulate female prostitution.

One of the most interesting chapters examines Peruvian reactions to female fashions and behavior in the 1920s, especially the notion of the modern woman that emphasized masculinizing dress and behaviors. “La major moderna” had more social traction in Lima than complaints about white slavery or the international sexual traffic in women. Through examinations of cartoons, Drinot shows the impact of gendered modernity in Lima. I recommend this book to those interested in the legal and social history of prostitution. 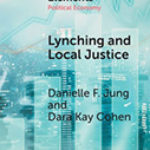 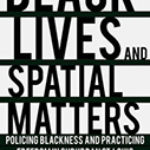