Mental Disability and the Death Penalty: The Shame of the States

Some criminal law and procedure scholars suffer from death penalty fatigue. Much has been written about this most extreme and controversial punishment available in the American criminal justice system. But the enormity of the problems that capital punishment poses suggests that the death penalty is deserving of sustained attention and quality analysis. Continuing to examine the various facets of capital punishment jurisprudence is especially important as evolving science and technology raise questions such as the extent to which neuroscientific evidence sheds light on capital defendants’ culpabilities and competencies for execution, and whether new drugs and execution protocols are safe, painless, and humane enough (as safe, painless, and humane as any death-inducing drug or protocol can be) to employ in carrying out this punishment. Reexamining the use of capital punishment is also important as our views and culture evolve. These changes are important both in shaping the law and affecting how the law is applied. For instance, the Supreme Court’s interpretation of the Eighth Amendment’s prohibition on “cruel and unusual punishments” takes into account these changes by assessing the “evolving standards of decency that mark the progress of a maturing society.” At this intersection of culture, science, and law lies the matter of how society’s approach to individuals with mental disabilities heightens certain defendants’ risk of being sentenced to death. This is the important area that Michael Perlin explores in Mental Disability and the Death Penalty: The Shame of the States.

The book covers tremendous ground—examining no fewer than eleven subtopics related to mental disability and the death penalty. Perlin first introduces the reader to the dilemma of factual innocence. He then discusses “sanism,” pretextuality, dignity, and therapeutic jurisprudence. He moves on to examine the concept of future dangerousness and then later to discuss mental disability evidence and mitigation. Perlin next delves into three areas related to an individual’s competency to be executed: “mental retardation,” mental illness, and forcible medication. After that he discusses the use of neuroscience in the context of capital sentencing proceedings. He then lays out the roles of jurors, prosecutors, and judges in sentencing an offender to death. He next discusses the problem of ineffective assistance of counsel. And finally, Perlin briefly explores how international human rights law is relevant to the conversation of capital punishment in America. That sounds like a lot to cover in a 155-page book (excluding endnotes), and it is. The great breadth that Perlin offers in his treatment of the relevance of mental disabilities to capital punishment law is admirable, but, within the confines of Perlin’s project, it means that his treatment of each individual topic lacks the depth that I would have liked to have seen. I imagine that Perlin weighed the value of breadth versus depth in deciding how to structure this book and, based upon his goals, decided that breadth was more important to him.

Considering that the book appears to value breadth over depth, scholars with my background do not seem to be Perlin’s primary target audience. Having written in the areas of Eighth Amendment cruel and unusual punishments, wrongful convictions and executions, offender dignity, and punishment theory, I was fairly familiar with most of the material that Perlin presented in the book. As I read the book, I occasionally came across a topic that piqued my interest with its potential to offer new insights into the well-trod area of capital punishment jurisprudence, but then I would be disappointed to find that Perlin’s treatment of the subject was fairly superficial. While the book does not seem to offer much new in terms of theory or analysis, it may serve as a useful review of various death penalty topics for those who are regularly researching, writing, and working in this area. Moreover, Perlin’s extensive quotations and citations to the Supreme Court and other scholars makes the book a good starting point for someone looking to write new scholarship in the field, or even begin a practice working with mentally disabled individuals who may face capital punishment. Overall, this book seems to be targeted at readers less familiar with the subjects of mental disabilities and the death penalty, and it will probably be most useful for scholars and practitioners who want to learn some of the basic issues facing mentally disabled persons at risk of being sentenced to death.

In addition to serving as a good reference source for some important topics related to capital punishment, Mental Disability and the Death Penalty provides a distinguishing lens through which to view these issues. Chapter 2 seems to be the crux of the book in this respect. Here, Perlin examines “sanism, pretextuality, the role of dignity, and therapeutic jurisprudence.” In fact, throughout the book, Perlin references the concept of “sanism,” which he has already introduced in his earlier academic writings. “Sanism” is the notion that individuals, and society in general, have an automatic response to persons with mental disabilities that is characterized by irrational and unjustified biases. This prejudice against those who suffer from mental disabilities is similar to other “isms” like racism and sexism. It is likely an unconscious, and therefore arguably more pernicious, state of mind. Perlin suggests that sanism has in large part infected society and, as a result, the criminal justice system. Perlin has explored this concept elsewhere, but in this work—which appears to be the culmination of much of his prior work—Perlin seems to identify the issue but not really dig into the roots of the problem. I was waiting for Perlin to offer some new ideas about how we can combat this pervasive sanist culture, but I was disappointed to find few new ideas in Mental Disability and the Death Penalty in this regard.

I found Perlin’s reference to “sanism” to be the most interesting contribution of the book—and of his other writings. However, given that Perlin has written about sanism elsewhere, I wish he would have more clearly explained the concept, expanded upon it, and more carefully detailed the ramifications of such a society colored by these biases. In particular, Perlin’s suggestion that sanism is pervasive in society sounds correct, but I would have liked to have gained a better understanding of the extent to which sanism has infected society and how its prevalence has waxed and waned throughout history. In one sense, it seems that the criminal justice system has become more attuned to the role that mental disabilities can play in exposing individuals to the justice system and in determining the sentences that they receive. For example, since 1986, the Supreme Court has successively held that “insane” individuals, those who are “mentally retarded,” and juvenile offenders cannot constitutionally be executed. Further, several states in recent years have instituted special courts that were created to deal with offenders suffering from mental disabilities. Certainly, as Perlin demonstrates, we have a long way to go. But some progress has been made. In addition to expanding on the history of sanism, I wish Perlin would have detailed more explicitly how sanism has shaped our understandings of just procedure and punishment. Certainly, much of Mental Disability and the Death Penalty suggests that current artifacts of capital punishment are a result of sanism, but the connection could have been made more explicit for me. Finally, I wish Perlin would have elaborated on steps we could take to address this problem of sanism. In the final pages of the book, Perlin advocates “embrac[ing] the teachings and precepts of therapeutic justice” (p. 151), but what exactly does that mean? He also suggests that we ought to reexamine the Court’s Strickland v. Washington opinion and its general approach to ineffective assistance of counsel, reevaluate the wisdom of allowing experts to testify as to offenders’ future dangerousness, revisit the Court’s opinions addressing offenders’ competencies for execution, and take stock of our position in the world community as just one of three democracies sanctioning the death penalty and as a nation subject to the rules of international law (pp. 152–54). While these certainly constitute proposals for reform, I was looking for something more concrete and innovative. Perhaps these further avenues of exploration are beyond the scope of this book project, and they certainly would have pushed Perlin to expand beyond his rather short and thus easily accessible manuscript. Nonetheless, I would have found commentary on these topics exceedingly interesting.

Perlin and I may disagree on the extent to which many of the issues discussed in the book are already known to regular scholars in the area or actors within the system. Although I have not conducted surveys or employed any empirical assessment in this regard, I think much of what Perlin wrote in this book would be familiar to scholars and practitioners in the field. However, Perlin states quite confidently that his book is meant to “call attention to the cluster of issues that, sadly, still remain ‘under the radar’ (or perhaps more pessimistically but accurately, ‘off the radar’) for almost all participants in the criminal justice system” (p. 5). I do agree with Perlin, though, that drawing attention to these issues is important, and that scholars, practitioners, and policymakers alike ought to be reminded of these troubling aspects of our criminal justice system. Not only should we care about how individuals with mental disabilities are treated because these individuals are human beings—something that is easy for some non-offenders to forget—but also because the legitimacy of our system, and thus the system’s effectiveness in creating a safe society, are dependent upon this.

Offender Reentry: Beyond Crime and PunishmentBooks, Reviews in Brief 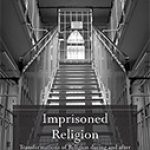 Imprisoned Religion: Transformations of Religion During and After Imprisonment in Eastern GermanyBooks, Reviews in Brief