Offender Reentry: Beyond Crime and Punishment

Change to the reentry process in America is much needed to reduce recidivism and increase the likelihood of an ex-offender’s successful reentry to society from prison. This is the argument put forth by Gunnison and Helfgott in Offender Reentry: Beyond Crime and Punishment. The book showcases, both quantitatively and qualitatively, how change could increase the success rate of the reentry system. It acknowledges the hardships that ex-inmates face and provides many positive examples of how individuals overcame them.  The authors provide insight into the flaws of the reentry system and offer suggestions, based on feedback from offenders and correctional officers, on what can be done to fix them. Gunnison and Helfgott also highlight many success stories and look closer to see how and why some ex-offenders succeed while others do not. They look at racial, gender, socioeconomic and other factors to determine what can increase the chance of success. The authors acknowledge that success means something different for every offender and that there is not a single set of circumstances that will work for each individual.

The book begins by providing the reader with an overview of the reentry process itself. It then discusses in greater detail some factors that can impact the reentry process, both positively and negatively. Some of these include housing, social status and age. Gunnison and Helfgott dedicate an entire chapter to the differences in the reentry process for the different genders. They discuss female ex-inmates and the specific challenges they face simply because of their gender. They also look at the differences between race and social class and how those factors can impact the reentry process. Lastly, they provide insight into what a successful ex-offender looks like through interviews with ex-offenders and community corrections officers. The last chapter discusses policies that are currently in place, such as job fairs for ex-offenders, and what we can do to increase an ex-inmate’s chances of being successful in society.

Gunnison and Helfgott argue that one of the essential ingredients for success is having the appropriate programs in place to assist in the reentry process. Many ex-offenders are not getting the services they need (i.e., health care, counseling, and drug and alcohol treatment), thus decreasing their chances of success. This is especially so for drug offenders. When the rehabilitation and counseling that an ex-offender needs to stay clean is unavailable, it becomes easier for that individual to use again. In addition, some things that many people take for granted are denied to an ex-offender simply because of their criminal background. Ex-inmates are routinely denied housing in good neighborhoods, and decent jobs because of their history. This makes it that much harder for those that want to succeed because they are not given the tools to do so. When job after job is denied to an ex-offender, it can begin to feel that the only way to make ends meet is through old habits and connections.

After being released from incarceration, many ex-inmates are unsure of how to reintegrate into society. Simply getting from one place to another provides a challenge as they learn to re-navigate the world. If someone has been in prison for several years, the change they see, once outside, can be drastic. Gunnison and Helfgott argue that there should be programs in place to reduce the shock that meets the ex-inmate once released. Unfortunately many of the programs that had been in place to do this are no longer available. Because of budget cuts and setbacks these programs are often too reduced to be effective. The authors, community corrections officers and ex-offenders profiled in this book all agree that the way to counteract this is through public education. The media too often portray an ex-inmate as someone incapable of being rehabilitated and reintegrated into society, thus making it easier for the general public to vote against these much needed programs and the money to run them.

Gunnison and Helfgott discuss a critically important societal issue and provide many success stories. Their research demonstrates that rehabilitation is possible, but it needs to be individualized and based on the particular situation of that ex-offender. There are many resources that are unfortunately unavailable at this time to help in this process. The book does not offer a single simple solution to the problem of recidivism, but it does provide insight into what can be done to help reduce it. 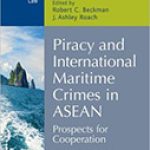 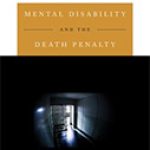 Mental Disability and the Death Penalty: The Shame of the StatesBooks, Full Reviews