In her book Methods of Murder: Beccarian Introspection & Lombrosian Vivisection in Italian Crime Fiction (2012), Elena Past conducts a thorough criminological review and analysis of the evolution and significance of crime fiction in Italy — addressing the early pertinence of such popular form of literature to its contemporary use, and proposing an alternative interpretative framework.

Building on observations of prominent figures in Italian politics of the early twentieth century, as well as of scholars of crime fiction, Past delineates the importance of crime fiction in the Italian context as a powerful tool capable of shaping the general attitude towards crime. Her study proposes that criminological past has a contemporary relevance and Italian crime fiction is not to be deemed as an Anglo-Saxon literary tradition.

Past bases her analysis on two major criminological contributions to the understanding of crime and punishment internationally, namely the works of the Enlightenment-era philosopher Cesare Beccaria, and of the father of the positivist school of criminal anthropology, Cesare Lombroso. By contradicting many emerging studies on Italian crime fiction, Past argues that the two author’s scientific precision represents the foundation for the epistemologies of crime in works by six contemporary Italian artists.

The book is divided into two main parts preceded by a brief introduction on the origins of Italian crime fiction. The first part of the book, ‘Beccarian Introspection,’ is dedicated to the analysis of Beccaria’s ideas and construction of a criminal subject through his famous book ‘Dei Delitti e Delle Pene (1764) [On Crimes and Punishments]. Based on the recognition of human reason, Beccaria advocates for appropriate punishment and a reform of the justice system, as primary object of study when contemplating the problem of crime. As such, his epistemology is based on introspection and disembodiment of the criminal. In demonstrating Beccaria’s influence on contemporary crime fiction, Past embarks on an analysis of several novels by Leonardo Sciascia, Andrea Camilleri, and Gianrico Carofiglio. She details how each author, although in a different way, respectively addresses justice and legality issues attempting to reveal the workings of power within the Italian context.

The second part of the book, ‘Lombrosian Vivisection,’ describes the tenets of the positive school of criminology focusing on Lombrosian-style narratives. In introducing Lombroso’s empirical research, Past underlines how the physical body of the delinquent is placed at the center of the discourse, taking the criminal rather than the crime as primary object of study. In doing so, reference is often made to Lombroso’s text ‘L’uomo Delinquente’ [Criminal Man]. As with Beccaria, the book further analyzes the Lombrosian relationship with the criminal subject by considering the works of Carlo Emilio Gadda, the film director Dario Argento, and Carlo Lucarelli. Past underlines the Lombrosian influence for the body and the science of crime in Gadda, the physical and psychological conditions in Argento, and the understanding of biological causes of crime in Lucarelli.

Methods of Murder stresses the importance of a continued dialog with the criminological past in order to better understand and increase awareness of contemporary concerns. It raises questions which ultimately relate to the specificities of the Italian context, its societal needs and relationship to delinquency. In fact, besides the prominence of the two criminological frameworks for the broad discourse on crime and the criminal, the book outlines their importance for the formation of the Italian identity. On the other hand, the development of global crime practices embedded in the Beccarian and Lombrosian conceptual foundations are limited to a few observations. In this sense, a broader analysis of contexts other than the Italian would have been appropriate, particularly in consideration of the extensive research on biological factors and criminal behavior conducted by foreign scholars. Furthermore, in underscoring the relation between crime fiction and criminal past, Past does not delve into the direct measurement of any tangible implications, limiting her focus on mere philosophical reflections. As such, Past’s abstract approach leaves some unanswered questions as well as the untested potential of crime fiction to resonate in contemporary society. Nevertheless, the book contributes to paving the way for similar efforts to come on international crime fiction works. 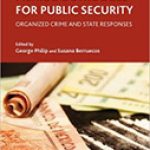 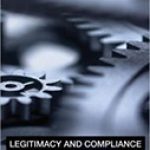