American media headlines on the current state of Mexican society invariably focus on the multi-varied repercussions of a society wracked by organized crime and political corruption. After two presidential terms under the center-right Partido Acción Nacional’s (PAN) Vicente Fox and Felipe Calderón, the election of the previously long-ruling Partido Revolucionario Institucional’s Enrique Peña Nieto in November 2012 has upended a twelve year long shift in the political and security interactions that led to an increasingly desperate Mexican state “war” against organized crime. The past six years have witnessed an ever deeper intertwining between the militarization of federal police and prosecutorial operations against organized criminal groups and the political rhetoric of “war.” However the operations of the past six years are described, the violence that has led to an estimated 47,000 to 60,000 drug related deaths, is reflected in the Peña Nieto administration’s nascent rhetorical shift away from the terminology, if not the substance, of the Calderon administration.

Editors George Philip and Susana Berruecos have overseen a volume with a remarkably diverse range of commentary on the current state of the Mexican government’s increasingly military driven conflict with drug trafficking organizations (DTOs). The complexity of the interactions between the state and DTOs is driven in part by state policies that have led to a fragmentation of larger organized groups into smaller entities that, in addition to their participation in drug smuggling and racketeering activities, have engaged in violent intra-group conflicts.

Alejandro Poiré (Chapter 1), former national security spokesman for the Calderón administration and his final Secretary of the Interior, writes in support of the government’s policy of targeted assassinations. However, in addition to the quantitative data he marshals to support the Calderón administration’s policies, he explicitly notes that those policies have not led to a downturn in violence and that a re-structuring of Mexico’s political and civil institutions may be the only viable option to deal with pervasive corruption and the lack of institutional capacity to address DTOs. Eduardo Guerrero’s contribution (Chapter 2) takes the keystone Calderón neutralization policy and examines how the atomization of DTOs has exposed intra-group differences reflective of internal structures and organizational activities. Some cartels, such as the Beltran Leyva DTO, have fractured quickly following the neutralization of their leadership, and others, such as the Zetas and Pacifico cartels, have resisted fragmentation due to a more cohesive internal structure based in part on a wider diversified range of operational activities.

Of the several themes covered in the volume, the militarization of the state’s interaction with DTOs is a consistent undercurrent. Jesús A. López-González (Chapter 4) explains that the militarization of the Mexican state’s reaction to DTOs is not a consequence of recent PAN leadership but was present as early as 1938 when President Lázaro Cárdenas employed army units to destroy marijuana fields in the state of Sonora. The following decades witnessed a deeper American engagement with Mexico and growing interest in the national security implications of DTOs operating in Mexico. The tenor of interaction with the Mexican government has ranged from a complete disregard of border dynamics, as in President’s Nixon’s Operation Condor which effectively shut down the southern border so that every vehicle U.S. bound could be searched, to a consumption-based model that targeted U.S. consumers under the Carter and Ford administrations. However, the U.S. government’s concern with corrupt judicial and public institutions, particularly the local and state police which traditionally comprised the front line in the Mexican response, led to a focus on the institutions that were perceived as less infiltrated by organized crime, the army and the navy.

As a result of this shift, beginning with the presidency of Carlos Salinas (1988-1994), the army and navy’s interaction with local, state and federal police has occurred within a progressively tense atmosphere. Recent operations have been conducted under conditions of complete secrecy, even between the two branches. Furthermore, the military’s perception that their civilian leaders are themselves riven with organized crime influenced the two recent administrations to appoint ex-military officers into positions normally reserved for civilian appointees. Under Fox and Calderón, military officers were seconded to local and state police agencies in such numbers that high ranking army officers currently command half of the 32 state police departments, and are in charge of nine state level public security departments.

The militarization of the conflict, in both the tactics used to combat DTOs, the military equipment used to match cartel firepower, and over-utilization of security rhetoric is emblematic of a society in fear of itself. Todd Landman (Chapter 5) points out that the rhetorical shift that has taken place over the past decade to focus on the terminology of war and neutralization is in no small part related to the increased militarization of the conflict. He juxtaposes the current situation in Mexico with the “war on terror” and how framing that conflict in the terminology of war led to a suppression of civil and political liberties in the U.S. He warns that the security model to combat terrorism, which has taken hold in the U.S., may not be the appropriate model for Mexico’s conflict. The lessons of the post-9/11 era show that framing a threat to the state in terms of a criminal justice approach and not succumbing to the security for rights trade-off, may be a more sustainable approach to reduce and confront violence against the state.
The final primary thematic undercurrent is the poor level of Mexican institutional capacity to deal with DTOs. Michael C. Ingram and David A. Shirk (Chapter 6) examine the 2008 judicial reform and how it has been received by the targeted reform sectors: judges, prosecutors and defense lawyers. The reform focused on transitioning to an accusatorial common law justice system, from the traditional civil law inquisitorial system, partly influenced by U.S. involvement in civil and justice sector reform. Ingram and Shirk note wide variation in the perceptions of newly instituted reforms, which track with the level of institutional involvement of the profession; judges professing the most support for the old system, while defense lawyers were much less likely to have positively viewed the old system. There does, however, appear to be some support for the reforms particularly in their effect on addressing levels of crime and violence. The difficulty that the state has had with investigations and prosecutions can in part be attributed to the historical lack of effective and impartial data on Mexican society. Mario Palma addresses this specific institutional capacity by describing the struggle to build the Mexican National Institute of Statistics and Geography, Instituto Nacional de Estadística y Geografía (INEGI). Since 2006, INEGI has developed and instituted state and local census projects to quantify public perceptions and realities in justice, government and public security that had never before been measured. The quantification of information in those three key areas has been supported by the Mexican state by providing INEGI with autonomy and a legal framework to support its activities, without which Palma argues the data produced by INEGI could have been questioned for impartiality.

Finally, by focusing on the effects of endemic violence on a specific sector of society, Pablo Piccato (Chapter 3), provides one of the most engaging contributions in his historical analysis of the interactions between organized crime and the nota roja, the graphic and lurid descriptions of crime in the Mexican print media. His analysis shows that DTOs have a particularly nuanced understanding of the influence of the media in shaping public opinion. Piccato notes that the highly public nature of contemporary Mexican intra-group violence is a result of a need to produce messages that can be easily interpreted and broadcast to the appropriate target audience. Mexican journalists act as the interlocutor between this DTO need to broadcast its message to rival groups, the government, and the public, and the government’s increasing demand that the media not be used as a DTO’s public relations department. However, the over sixty murdered reporters since 2000, and the fact that no cases have been solved is a result of both a qualified lack of interest on the part of the authorities and a real lack of capacity to investigate and prosecute drug –related violence.

The complexity of violence in Mexico from beheadings and rival massacres conducted by DTO assassins to targeted Mexican government assassinations belies the wider transnational foundation of this violence. DTOs have diversified their portfolios from drug smuggling to migrant trafficking and human smuggling linking with European criminal networks, such as those in Albania and the Balkans. The transnational nature of Mexican DTOs has become one of the primary sources of concern in the U.S. But U.S. policies such as the 2004 expiration of Federal Assault Weapons Ban have in part contributed to the over 60,0000 deaths linked to DTOs. A holistic policy solution now cannot be the sole province of the Mexican political system, but will require a hemispheric response. The lack of a hemispheric perspective leaves this volume at a disadvantage in missing the transnational impact of and influence on Mexican organized crime. While this volume has done much to address the current state of Mexico’s response to organized criminal violence, without a hemispheric perspective a holistic understanding of violence in Mexico is, unfortunately, incomplete.

1 Disclaimer: The views expressed herein are my own and do not necessarily represent the views of the United States Government or the United States Department of State.
Mexico’s Struggle for Public Security: Organized Crime and State Response2013-07-012016-08-14https://clcjbooks.rutgers.edu/wp-content/uploads/2016/08/logo.pngCriminal Law and Criminal Justice Book Reviewshttps://clcjbooks.rutgers.edu/wp-content/uploads/2013/07/mexicos-struggle-for-public-security.jpg200px200px 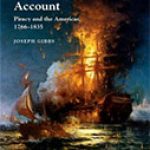 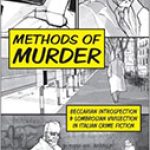