The New Jim Crow: Mass Incarceration in the Age of Colorblindness

Michelle Alexander’s The New Jim Crow: Mass Incarceration in the Age of Colorblindness advances the intellectual conversation about mass incarceration through a compelling and thorough historical analysis of the ways that the correctional system in the United States functions to control blacks through deliberately chosen, systematically imposed legal restrictions. It is not by chance that the United States’ incarceration rate is the highest in the world, and that blacks make up a disproportionate number of those involved with the correctional system. Rather, Alexander asserts, mass incarceration is an explicitly race neutral, yet de facto “New Jim Crow,” skillfully perpetuating a system of racial stratification and social exclusion of blacks with far reaching consequences.

As the subtitle of the book indicates, mass incarceration exists within the paradox of increasing opportunities for blacks in the political, educational, and economic arenas; during an era of supposed colorblindness. This is not such a paradox, however, because in the United States, opportunities for blacks have always existed dangerously close to subsequent restrictions on advancement and equality. Emancipation begat Jim Crow, Brown v. Board of Education the residential segregation Douglas Massey and Nancy Denton called American Apartheid, and affirmative action policies mass incarceration. The history, of course, is more nuanced and complex than this, which is what makes Alexander’s analysis so engaging.

First, the book challenges us to question how and why so many of us—the public at large, scholars, intellectuals, and policy makers—choose to marginalize the centrality of race in the story of mass incarceration even as we superficially acknowledge its continued significance. No scholar can credibly deny the racial implications of mass incarceration. The numbers alone, in all their variations, tell a sobering story. Half of the prison population is African American; 8 percent of black children have an incarcerated parent; one in three young black men are on probation, parole, or in prison; and countless black men and women leave prisons to begin the process of re-entry into their families and communities. Such statistics are repeatedly reported, and fortunately a number of scholars have performed very sophisticated analyses of the impact of incarceration on the life chances of African Americans.

Alexander begins by first providing us a rich historical context for this state of affairs, focusing on the repeated cycle of black advancement and subsequent oppression. After Emancipation, Southern whites felt threatened by the prospect of a free black population competing for low skilled jobs. Ku Klux Klan violence provided one means of intimidation and social control, but Southern states, in particular, quickly moved to codify blacks’ inferior status through poll taxes, grandfather clauses and vagrancy laws. These Jim Crow statutes provided a legal means of ensuring blacks could not achieve equality with whites.

The Brown v. Board of Education decision in 1954, and a swelling Civil Rights Movement, led to the downfall of Jim Crow. Yet, in the aftermath of these victories for racial equality, law and order rhetoric and politics paved the way for the emergence of the New Jim Crow. As politicians such as Richard Nixon and Ronald Reagan invoked images of lawlessness, human predators, and urban rioting, they did not need to explicitly mention race, but it was a prominent subtext of their politicking. Focusing on crime has allowed politicians and policy makers alike to promote legal actions that in practice bring disproportionate focus on blacks.

The War on Drugs is the focal point of Alexander’s argument. She first critiques what she calls “the roundup,” meaning police practices that are the point of entry for blacks’ involvement with the criminal justice system. She illustrates how fourth amendment rights have been eroded by Supreme Court decisions expanding the circumstances under which police may stop, interrogate, and search people under the guise of consent, as well as make pretext stops and subsequently search for drugs. Further, Alexander explains, we have incentivized police drug arrests through targeted grant dollars and asset forfeiture laws allowing departments to keep the proceeds from seizures. Police fight the War on Drugs in predominantly African American and Latino communities, independent of the prevalence of drug use among whites.

A disproportionate number of people arrested for drug crimes are African American, and once arrested, they move through the legal system with inadequate representation and virtual certainty of entering a plea bargain rather than going to trial. Further, judicial discretion is constrained by mandatory sentences, particularly for drug offenses. These realities of the conviction process provide the perfect storm for a criminal justice system that is not racially neutral, but in fact is well designed for the New Jim Crow. And while a period of incarceration has its own harmful consequences for an inmate, and potentially his or her family and community, the aftermath of incarceration best captures the essence of the New Jim Crow.

Jim Crow laws restricted blacks’ access to housing, education, employment, and the franchise. The wave of policies Jeremy Travis calls “invisible punishments,” restrictions of particular rights and entitlements, function as the New Jim Crow. Such punishments are insidious as they are often devised through administrative regulation, separate and apart from the judicial process, and it is difficult to track how many individuals are affected by these invisible punishments as they vary by state. The consequences include difficulty finding a place to live upon reentry to the community because of limited access to public housing, and bleak job prospects because of “the box” requiring job applicants to declare their status as convicted felons. Voting restrictions are arguably the most controversial of these invisible punishments and the most reminiscent of Jim Crow.

In addition to the legal barriers, people with felony convictions face societal scorn and stigma that makes reintegration a long and arduous process. Alexander provides great detail about these parallels between Jim Crow and the New Jim Crow, including the role of popular culture in reinforcing stereotypes that blacks are inferior and criminal, while being clear that there are also differences between the two systems. Most importantly, race operates in different ways under the New Jim Crow. While blacks under Jim Crow faced overt hostility and violence, the New Jim Crow, Alexander suggests, is not entirely driven by explicitly racists views held by individual actors, but rather various systems that converge, in a seemingly race neutral fashion, to trap blacks in the system of mass incarceration. She uses the analogy of a bird cage, in which any single bar is insignificant, but when placed together, one has an all encompassing cage, much like a prison cell and the invisible punishments that follow incarceration.

This already compelling book ends with the bold assertion that affirmative action policies may be inadvertently contributing to the New Jim Crow. Alexander argues that civil rights leaders are reluctant to take up the cause of mass incarceration as a system of racial inequality because of the fear that defending blacks who have committed crimes tarnishes the image of the entire black community. Hence, championing issues such as affirmative action, housing discrimination, and economic equality is less risky to impression management, with a greater likelihood of producing tangible changes. Affirmative action, in particular, Alexander says, may be the “racial bribe” that prevents us from critiquing and challenging the system of mass incarceration with true depth. She acknowledges that these are challenging problems that cannot be adequately addressed within the scope of her book.

Alexander’s book is crucial reading for those who study the criminal justice system, as well as historians, legal scholars, and policy makers. In addition, it highlights the need to view mass incarceration through the lens of racial and social justice. It is troubling to call The New Jim Crow: Mass Incarceration in the Age of Colorblindness satisfying, because the message it conveys is so disturbing. Yet, the work is a fine achievement because it forces the reader to view the present alongside an era we thought we left far behind, rendering the devastation of the New Jim Crow. 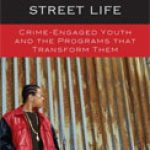 Overcoming the Magnetism of Street Life: Crime-Engaged Youth and the Programs that Transform ThemBooks, Reviews in Brief 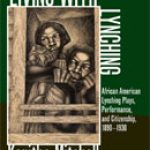