What does a manufacturing business have in common with criminal justice? Quite a lot, as criminologist Daniel P. Mears asserts in his book Out-of-Control Criminal Justice: The Systems Improvement Solution for More Safety, Justice, Accountability, and Efficiency (2017, Cambridge University Press). Mears sets out to expose and reform the messy aspects of the U.S. criminal justice system. While the system should work toward the reduction of crime and the fair treatment of its participants, it actually contributes to the creation of crime and the perpetuation of injustice, often in an irresponsible and wasteful manner. The current system is therefore “out of control” and cannot work efficiently in the long run. Mears points out that we have so far failed to view the criminal justice system as a “system,” and that it might help to analyze it just like a manufacturing business – another kind of system – in order to expose its inherent problems and failures. Mears’s purpose in zooming in on the “systems” component is twofold. First, he thoroughly explains why we must study the criminal justice system as a system if we want to improve it. Second, he provides the reader with concrete suggestions on how such a “systems” approach should be formulated, assembled, and implemented, and how it would be different from our current approach to thinking about crime and criminal justice. The presentation of these concrete steps geared toward policy change makes this book a necessary addition to the libraries of lawmakers, criminal justice practitioners, researchers, or anyone interested in criminal justice reform.

A manufacturing business operation consists of various coherently organized parts set up to achieve the overarching goal of making a profit. Every part of the operation must contribute in one way or another to this goal. Still, the various parts are organic and have lives of their own. All of the system’s parts are characterized by “interdependency and the activities collectively amount to more than the sum of their parts” (p. 57). In order to maximize its efficiency, a manufacturing business has to thoroughly, regularly, and consistently evaluate every aspect of its “assembly line” to make sure that it can achieve its system goal. Were a business not viewed through a systems lens that examined the interconnectedness of all of the system’s components, Mears claims that the business would not “survive in the long run” (p. 39). If one part slows down and does not function properly anymore (i.e., does not efficiently contribute to meeting the operation’s overarching goal of making a profit), the defect will be analyzed, evaluated, and, based on the findings, repaired, replaced, or possibly even cut.

Mears finds that the criminal justice system, like a business operation, consists of several interconnected “parts and subsystems that operate independently and interdependently” (p. 82). These subsystems are law enforcement, the courts, and corrections, each one consisting of further elements and components that make the entire structure extremely complex and difficult to grasp. The criminal justice subsystems perform specific functions on their own, and their roles within the larger system can be distinguished, among other things, by the physical spaces in which they operate (e.g., a police department as compared to a courthouse or prison), the “uniforms” they wear when performing their jobs (e.g., a police uniform as compared to a judge’s robe), and the organizational level under which they operate (i.e., the local, state, or federal level). Despite these visible differences, Mears highlights that the subsystems are interconnected in the sense that they must work together to attain the criminal justice system’s shared goal – achieving public safety and justice while remaining accountable and efficient.

Through the application of a systems approach that emphasizes interdependency of the various system components in working toward a common goal, Mears demonstrates that a criminal justice subsystem cannot achieve public safety and justice on its own. Rather, public safety and justice can only be achieved through a concerted effort of all system components. It is important to understand the underlying causes of crime and injustice and how they affect the system as a whole and the subsystems within it. If one component of the criminal justice system is rusty or stops working, it must be, as is the case with an efficient manufacturing business, analyzed and evaluated, and, based on the findings, repaired, replaced, or cut. The impact of the failure on other system components must be assessed and the affected components must also be adjusted. Mears continually stresses the dynamic nature of the criminal justice system. A system has the inherent ability to adapt to change, and in order for it to work efficiently, its adaptability must be taken into consideration.

In the first four chapters of the book, Mears focuses on the shortcomings of the criminal justice system and its “out-of-control” nature. Discussing various common practices of the criminal justice subsystems, such as community policing, mandatory sentencing, solitary confinement, and prison visitation, he laments that we consistently seem to implement policies and launch reforms that ignore the interconnectedness of the system. Instead, these reforms are often piecemeal and shortsighted, and they do not consider the bigger picture or system as a whole. A reform may superficially affect one subsystem or level of the criminal justice system and show quick results (e.g., less crime), but may have unintended ripple effects on other subsystems (e.g., courts and corrections). Mears also points out that reforms on one level (e.g., federal) will very likely affect the other levels (e.g., state and local).

Another aspect of the system-unfriendly approach, as Mears pinpoints many times throughout the first four chapters, is that it tends to not involve the full spectrum of stakeholders on all levels – “lawmakers, the individuals who work in criminal justice, suspects, offenders, victims, the communities where they reside, and citizens in general” (p. 195) – in the formulation and implementation of reforms. Furthermore, criminal justice reforms tend to not be based on findings from empirical research but rather on personal beliefs and ideology. As a result, criminal justice agencies around the country work toward different and possibly divergent short-term goals, and the system as a whole becomes more deeply fragmented, flawed, or downright broken.

While Mears devotes a considerable part of his book (especially chapter 4) to critiquing the current state of the criminal justice system, the latter portion of the book (chapters 5 through 7) is dedicated to offering a viable solution to the system’s current predicament. He calls this solution the “Systems Improvement Solution” (SIS), which he introduces in great detail in chapter 5. SIS consists of three interrelated steps. First, as previously stated, research must be focused on the system rather than on one or some of its parts. Such research must be overseen by a lead agency. In fact, a major problem with the current criminal justice system is its fragmented nature. The system in its current form lacks the guidance of a “captain” (i.e., a lead criminal justice agency) that could steer the entire operation in a clear direction by overseeing a comprehensive, long-term plan to achieve its goals. Without a lead agency that is “devoted to monitoring and improving the system,” Mears fears that it will run “amok, out of control” (p. 142). Second, SIS calls for a diverse multi-stakeholder approach, which must involve anybody who is somehow affected by the criminal justice system in the policy design and implementation process. A partnership must be formed between practitioners and researchers, as meaningful research must show an understanding of both theory and practice. Additionally, victims, offenders, and the community at large should be involved in the process, as they are also important stakeholders. Finally, the research must be evidence-based and reviewed systematically and at regular intervals. It is only through SIS and these three steps, Mears believes, that we can successfully work toward the common goals of the criminal justice system – public safety, justice, accountability, and efficiency – in a concerted effort.

While chapter 5 provides a general introduction of SIS, chapter 6 describes the solution’s benefits and potential pitfalls. This is where the book becomes somewhat repetitive, as Mears revisits many of the previously used examples and once more lays out the various steps of the SIS. He reminds the reader once more that researchers must be involved in every step of the policy design and implementation but that their work must always be non-partisan and deliberative. Chapter 7, the final chapter, summarizes the work and briefly sketches the value of the approach. Here, Mears issues a call to action: Only through the implementation of the SIS, the refocusing on public safety, justice, accountability, and efficiency, and a complete reorganization of our criminal justice system can the current dysfunction be brought “under control” (p. 246). It is Mears’s emphatic call for more openness and cooperation among practitioners, researchers, and everyone else impacted by the criminal justice system that makes this book an invaluable resource for criminal justice reform and the SIS a viable approach to consider when addressing current system failures. 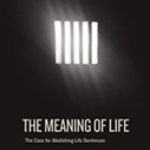 The Meaning Of Life: The Case For Abolishing Life SentencesBooks, Full Reviews 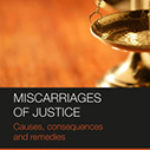