Police-Related Deaths In The United States

Why are investigative books or publications regarding the factual elements of a case written? To understand the root causes of an injustice. To investigate, examine and deconstruct how an incident concluded. Or to simply find out why it happened and to ensure that individuals will be held accountable for their actions after the investigation. However, the waters become murky when an individual is shot and killed by law enforcement, and the facts leading up to a conclusion are questioned.

David Baker’s 154-page book attempts to explain why police shootings are on the rise, and whether race is a pertinent construct in these police related deaths. Police Related Deaths in the United States is the result of field-based research funded by a Fulbright scholarship. In eras gone bye, many times a shooting death of an individual was played out in the newspapers by journalists, seeking to grab headlines, and vilifying the shooting victim. However, over the years, with the existence of cell phone cameras and so on, and federal agencies investigating state and city agencies, conclusions cannot be reached as quickly as was once the case.

Baker does not focus on the historical rationalizations as to why these police related deaths occurred, but instead focuses on the families of shooting victims and how the families challenged the system – thereby providing a voice for those who died in police related incidents. His research and writings examine communities where people of color, the mentally challenged, LGBTQ persons, and the socio-economically deprived, died after police contact.

The author provides persuasive and objective discussion that looks at individual tragedies, that takes into consideration the issues of violence, hardship, race, and inequalities. And by incorporating factual scenarios that investigate the emotional experiences of those individuals who died in police related deaths, Baker contends that ‘more people need to ask more questions’ about police related deaths in the United States.

Baker believes that providing a voice for those who have died in police custody is now part of the norm. Families who question police practices and motives are now being heard. Police departments are being held accountable for their actions. And finally, cases against police officers that would not have gone to trial years ago are now being investigated.

Kevin Cassidy – Professor in the Security, Fire & Emergency Management Department at John Jay College. He also lectures at Slippery Rock University in Pennsylvania. He is a member of ASIS. 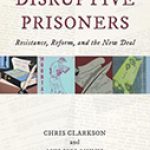 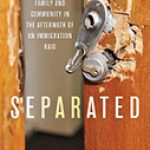 Separated: Family And Community In The Aftermath Of An Immigration RaidBooks, Reviews in Brief