Policing Cooperation Across Borders: Comparative Perspectives on Law Enforcement within the EU and Australia

With increasing globalisation and general national interconnectivity, whether through increased travel or through the use of the internet, the issue of transnational crime, and the allied issue of transnational law-enforcement is gaining prominence. Building on traditional international policing frameworks, such as Interpol, transnational policing structures and operations are developing increasing sophistication and frequency in particular regional integration groupings, such as the EU, or, as it transpires, Australia. While this reviewer,
based in the EU, was of the view, prior to reading this book, that Australia was one nation state, all be it with an internal federal structure, it would seem that the appearance of integration within Australia is, in the context of cross border law enforcement, a false one. The states and territories that make up Australia are still grappling with the issues that are being faced by the member states of the EU, although the constitutional structures that make up these two regional entities are quite different.

The EU is essentially a collection of very varied member states, with quite different histories and traditions, to include very varying policing traditions, and languages. This is reflected in the fact that the policing function is not always allocated to the force called “the Police,” but can also be or in some countries is predominantly, allocated to agencies called the Gendarmerie, the Guarda Civil, or the Carabinieri. Particularly interesting in this context, is that the EU seems to be more advanced in certain areas than Australia, despite Australia having a shared history, language, and in comparison to the EU, a shared policing history.

Hufnagel points out that while “Australian practitioners recognise that bilateral and multilateral cooperation works well,” that there “is yet no mechanism in place that promotes it.” There are, in contrast in the EU, a variety of levers and mechanisms to operate cross-border law enforcement, arguably some working more effectively than others, and an increasing understanding of and demand for these systems by the general public, and by governments. In addition, in Australia “where legislation is far more similar than between EU countries,” agreements on common standards cannot be reached. This is in contrast to the EU where, in some key crime areas such as terrorism and drug trafficking, some basic cross EU understandings, processes and procedures have been developed, and are increasingly being used.

The author of this book, Saskia Hufnagel, a German lawyer now based in Australia — specialising in cross-border law enforcement issues and thus well placed to develop a comparative analysis between these two regions — has adopted a socio-legal approach to her work.  She emphasizes “taking into account the discrepancies between the ‘law in books’ and the ‘law in action’.” Her German training is evident in her classification of the EU countries as being mainly civil law, in contrast to the common law jurisdictions of Australia, and in some of her recommendations and conclusions. This reviewer, both originating from, and based in two different common law jurisdictions of the EU, would argue that many of the common law approaches to policing have been adopted at the EU level, or at least that the EU approach should not necessarily be that alien to readers from, for example, the US or Canada, which also grapple with transnational law enforcement issues, both within their own jurisdictions and more generally internationally. Those pursuing other regional developments around the globe might also find this study of interest.

A federal approach to policing was originally a German plan for the EU, but this has been clearly rejected by the other EU member states, with the current understanding being that each EU member state provides the policing in its own member state, whether it be at the request of, or with the support of, colleagues from either Europol, or the requesting member state. The EU is providing some overlapping provisions to deal with cross border hot pursuit or covert surveillance of suspects or offenders, but the basic principle that each member state exclusively provides the policing in that member state remains. Nevertheless some valid points for mutual learning between Australia and the European countries are examined, as the two regions raised similar problems. These included “structural and cultural differences,” bureaucratic cooperation, differences in laws and practices, problems in reconciling different technical equipment, issues of professional standards, and the lack of trust between different forces.

Hufnagel recommends three solutions to address a number of these problems: education, to include joint education, and presumably also although she does not say so, joint training of appropriate personnel; and common forums and common agencies, in order to bring together the various threads of law enforcement in the different constituent states. For non-EU readers, it is worth pointing out that the leading of a “police” investigation is often the role of an investigating magistrate in the EU, rather than that of a senior police officer. This difference in the allocation of specific roles has also had to be mediated by the EU, with Eurojust in this instance providing the necessary investigation, as well as its more well-known prosecution co-ordination role.

Hufnagel has obtained access to a variety of law enforcement officers in both the EU and Australia, and the voices of these officers as they attempt not only to implement legal frameworks imposed from above, and develop and implement ground up initiatives to address the issues in practice, are clearly heard in this research. Both regions found that bottom – up initiatives, designed and led by the police as broadly defined, in direct negotiation with their counterparts, after these negotiations were sanctioned at a Ministerial level, were easier to operate in practice than top-down approaches. Top-down approaches were where diplomats had designed a structure which looked good on paper, but resulted in unanticipated (at least to the diplomats) problems in practice. Efforts to operate the top-down legal frameworks and structures required law enforcement practitioners to develop “innovative strategies to overcome the legislative shortcomings.” Again, face to face negotiation between police practitioners in different jurisdictions was required. Hufnagel recommends “singing more Karaoke,” as was the approach at a Pacific Rim meeting, or presumably other culturally appropriate methods of police to police interaction, in order to develop cross-border mutual understanding and working relationships. Police need to develop their own practice manuals in order to put the legally based cross border provisions into operation.

Hufnagel found that enthusiasm for harmonisation and uniformity was much higher in Australia than in the EU, with EU practitioners stressing rather the importance of understanding the different systems and building up relationships on the other side of the border. This perhaps reflects the vastly differing criminal law, rules of evidence and police structures and procedures that operate across Europe, and the clear understanding that it will not be possible in an EU context to unify approaches and laws. Only a very minimum of crimes in the EU can have approximated definitions in order to facilitate cross border operations and co-operation, and then only after much work at the various strategic policing and civil service levels.

While both the EU and Australia are still evolving their transnational policing provisions, they are relatively advanced in comparison to other regions of the globe. Certainly there are possibilities for the transfer of strategies from one region to the other. Equally there is the potential for these differing strategies to be of interest to regions interested in entering their own transnational law enforcement frameworks, and learning from the problems encountered by, and adopting possible models from, regions further advanced in this area. Hufnagel in particular examines the problems encountered with the EU’s model for joint investigation teams (JITs), and compares them to the comparable Australian provisions. The Australian JIT is apparently “more flexible than the EU counterpart,” but “heavily relies on practitioner efforts and goodwill to operate effectively.” For both systems key elements are “the fostering of practitioner contacts, training related to differences in the system and, more generally, ‘compensatory’ strategies,” in order to deal with legislative gaps or obstacles. She does advocate a greater involvement of Europol in EU JITs, in order to overcome some of the problems that have been encountered in the EU in the past.

This is a welcome contribution to transnational policing scholarship, introducing comparative “law in action” studies to the field. While some of the chapters were quite long, and the book would have benefitted from more but shorter chapters, the book is well written and well researched. It should have relevance in not only the two regions studied, but much further afield. It is to be hoped that in due course similar publications will be forthcoming from other regions of the world where transnational policing has been used for some time, in order to better inform not only the academic debate, but also practitioner developments in other global regions. 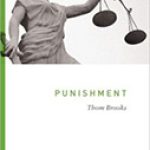 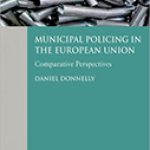