Thom Brooks’ Punishment is a rare thing: a book about a complex and important topic that is both of interest for experts and accessible to non-experts. In large part, the book is as described in its blurb: ‘a critical introduction to the philosophy of punishment’. Yet it is also more than a mere introductory text. Punishment presents Brooks’ own contribution to the debates that he introduces: his ambitious ‘unified theory’ of punishment, which advocates ‘punitive restoration’ as a response to violations of rights. For those already working in this field, Brooks’ defence of his novel theory will be the most interesting aspect of Punishment. Hence, this review concentrates mainly on this aspect of the book. Before we turn to this, however, a few remarks are due on the book’s content more generally.

Brooks begins by examining existing theories of punishment. The first four chapters of the book discuss theories organised around a single idea or principle: retributivism, deterrence, rehabilitation and restorative justice. Chapters 5 and 6 then address hybrid theories: the ‘mixed’ accounts of HLA Hart and negative retributivism, and the expressivist theory most influentially defended by Antony Duff. These chapters are the strongest part of the book. They provide concise and readable yet comprehensive summaries of the leading views, and their respective strengths and weaknesses. They would be ideal for use as background reading at both undergraduate and postgraduate levels. The chapters on restorative justice and expressivism are particularly welcome additions to the literature in this respect.

Brooks’ discussion of these previous views also has several attractive features that set Punishment apart from other introductions to the subject. For example, he highlights the oft-overlooked links between theories of punishment and theories of criminalisation: in particular, the links between retributivist and expressivist views and different varieties of legal moralism. He helpfully identifies the points at which theories call for empirical evidence, and the points at which they require philosophical argumentation. And he is also careful to link abstract theories of punishment to its concrete reality: for each putative goal of punishment, Brooks considers the kinds of treatment by which it is or might be achieved in practice.

Chapter 7 outlines Brooks’ unified theory. The remaining four chapters of the book then present case studies, designed to show ‘how well [the] theories perform in practice’ (149). The quality of these chapters is more uneven than those in the first part of the book. Two of them in particular – the chapters on youth justice (chapter 9) and sexual offending (chapter 11) – are not really genuine attempts to apply the theories to practice. Rather, they are accounts of the unique problems for criminal justice that arise in these contexts – which, unfortunately, are simply too cursory to succeed as such. On the other hand, the chapters on domestic abuse (chapter 10) and capital punishment (chapter 8) are relatively strong. The second of these is especially worthwhile, nicely illustrating the inability of most theories of punishment to rule out the death penalty as a matter of principle.

Having summarised Punishment’s contents, let us turn now to examine its main original contribution: Brooks’ unified theory. The unified theory is a reaction to the failures of the other ‘hybrid’ theories of punishment considered earlier in the book. These theories are ‘intuitively attractive’, Brooks believes, in their combination of retributive distribution of punishment with one or more forward-looking aims (99). They are philosophically unattractive, however, in that they lack ‘theoretical coherence’: they fail to unite the ‘different principles of punishment within a single and coherent approach’ (123). The unified theory is an attempt to remedy this defect. Brooks nicely summarises its main tenets in the book’s Conclusion:

Brooks’ theory purports to unify forward- and backward-looking views of punishment through the idea of crimes as violations of rights. Furthermore, it purports to unify the various ‘penal goals’ of previous theories through the idea of punishment as ‘restoration and protection’ of the relevant rights. Several elements of this view should be unpacked.

First, a key aspect of Brooks’ defence of the unified theory is his insistence on its distinctness from retributivism. The unified theory retains ideas that resemble retributive desert and proportionality. On Brooks’ account, however, these are to be determined relative to ‘legal wrongs and not moral wrongs… crimes and not immorality’ (130). What counts as a deserved or proportionate punishment depends on ‘the violation of right that is criminalized and gives rise for the need of punishment’ (130). Brooks can thus claim to preserve the attractive features of retributivism, whilst avoiding the difficulties associated with the moralist theory of criminalisation to which it is tied.

Another purported advantage of the unified theory is that it provides flexibility in how we punish. The protection and restoration of rights can take multiple forms; thus, this goal may be ‘achieved in different ways depending upon the particular circumstances’ (131). Brooks is particularly enthusiastic about an idea that he calls ‘punitive restoration’. Whilst he does not believe that restorative justice should replace imprisonment completely, he does envisage restorative conferences becoming ‘a standard part of all punishments’ (131). Similarly, imprisonment itself might be ‘redesigned to better ensure the restoration of rights’ by improving its potential as a rehabilitative tool (143).

A further idea that plays an important role in Brooks’ defence of his view is the idea of the ‘stakeholder society’. For Brooks, a valid assessment criterion for theories of punishment is the extent to which they address the interests of key stakeholders in criminal justice, including offenders, victims and the community. He argues that the unified theory, with its idea of punitive restoration, does more than its competitors to satisfy this criterion. For example, evidence suggests that restorative punishment ‘best guarantees the approval of direct stakeholders’ (72). And various risk factors for offending can, Brooks argues, be addressed by encouraging offenders ‘to see themselves as having a stake in their political community’ (144). Thus, the unified theory may even offer greater potential for crime reduction than its predecessors.

Is the unified theory successful? In answering this question, we should bear in mind that Punishment is not intended primarily as a systematic statement of the unified theory. Nevertheless, Brooks does describe the book as ‘the most thorough explanation and defence of the unified theory of punishment to date’ (x). It is thus fair to ask whether the theory is satisfactorily explained and defended in the book. Perhaps the obvious starting point for our assessment is where Brooks himself begins. Does the unified theory provide philosophical coherence where previous hybrid theories have failed to?

Note first of all that Brooks’ view of punishment as a response to crime, rather than immorality, is a red herring here. Whether or not one is ultimately convinced by this move – most English-speaking criminal theorists, it must be said, remain in the latter camp – it isn’t the move that Brooks needs to make. Recall that the key challenge for hybrid theories is to reconcile instrumentalist justifying aims with retributive distribution in punishment. Why does the (ordinarily impermissible) pursuit of forward-looking ends via the means of punishment become permissible when the person punished has committed a crime? Unfortunately for Brooks, the move from a ‘moral’ to a ‘legal’ retributivism does nothing to answer this question. It results, perhaps, in a debate framed in slightly more palatable language: the talk is of rights violation and restoration, rather than wickedness and deserved suffering. But this terminological shift does not, by itself, allow the unified theory to evade the underlying question. Why does violating or threatening rights change a person’s moral status, such that it becomes permissible to inflict losses on him or her in the name of protection and restoration?

A related problem arises when we consider the kinds of response to crime that the unified theory authorises. In Chapter 1 of the book, Brooks expertly exposes the problems that retributivists face in explaining and determining exactly what wrongdoers deserve. Again, however, substituting the language of restoration and protection for the language of desert doesn’t necessarily allow the unified theory to overcome this obstacle. Particularly obscure – at least as employed in this book – is the idea of ‘restoration of rights’. Brooks clearly intends this phrase to extend beyond its literal meaning: ‘restoring’ is not limited to repairing or compensating the relevant rights violations. For instance, it might consist in ‘community payback’ or periods of imprisonment. Moreover, it is presumably due even for crimes that merely threaten rights, rather than violate them. On such a broad definition, the idea of ‘rights restoration’ is hardly less opaque than retributive desert as a way of determining specific punishments.

This brings us to a problem at the heart of Punishment, the ramifications of which extend beyond the unified theory. Brooks concludes, in opposition to some sceptics, that a range of rehabilitative and restorative practices properly fall within the scope of a theory of punishment. This conclusion follows from how punishment is defined in the book’s Introduction. To simplify somewhat, ‘punishment’ encompasses any legal ‘response to crime’ (3) that ‘involve[s] a loss’ for offenders (5). It should be noted, however, that much contemporary theorising about criminal law proceeds on the basis that this definition is incorrect. Indeed, many would argue that Brooks has the relationship between crime and punishment the wrong way around: rather than identifying punishment as a response to crime, we should identify crimes as (inter alia) legal wrongs that are punishable. This is part of what is necessary to distinguish crimes from things like torts or breaches of contract. Compensation orders – a typical response to private law wrongs – are not punishments. Correspondingly, a theory of punishment, strictly speaking, is not a general theory of how the state should respond to rights violations. It is specifically a theory of what justifies the kind of stigmatic hard treatment, going beyond mere compensation, that the law typically reserves for criminal behaviour.

Of course, one can understand Brooks’ motivation for adopting a broad definition of punishment. He is seeking to locate his book within punishment discourse; yet an introductory text requires a definition wide enough to encompass a range of ideas within that discourse about how the state should respond to crime. This flexible approach allows Brooks to survey a wide range of issues simultaneously: for example, the justifying aims of punishment; its distribution; the forms that it should take; its possible good consequences; and its integration with the interests of victims and the community. Unfortunately, however, the same approach is not conducive to the precision and clarity of argumentation required for the defence of a new theory of punishment. Ultimately, a project of this scale will always require much more conceptual and normative groundwork than a critical overview of the field can provide.

This is not to deny that the unified theory might provide an attractive framework for policy-making. Brooks is admirably concerned with the ethics of punishment as a practice. His humane vision of ‘punitive restoration’ would doubtless motivate improvements to many criminal justice systems if accepted and implemented. As a contribution to the philosophy of punishment, however, the unified theory does not (yet) convince. Still, all things considered, this may not be a particularly severe criticism of Punishment. We can await further development and defence of the unified theory; in the meantime, Brooks has provided us with a much-needed, accessible guide to the state of the existing field. As an exercise of this latter kind, Punishment undoubtedly succeeds. 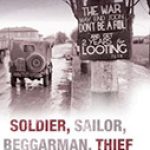 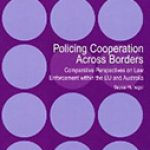 Policing Cooperation Across Borders: Comparative Perspectives on Law Enforcement within the EU and AustraliaBooks, Full Reviews