Policing Protest In Argentina And Chile

The atrocities that occurred during Argentina’s Dirty War and the military dictatorship of Pinochet in Chile have been well-documented. Accounts from Isabel Allende’s novels to Hollywood films have described human rights abuses against political protestors and social movement actors in the transition to democracy. In Policing Protest in Argentina and Chile, political scientist Michelle D. Bonner focuses on the responsibility of police in the emerging democracies, particularly as they engage with social movement actors. Analyzing interviews conducted in 2009 with police officials, politicians, journalists and civilians, she explores discourses on policing protest and identifies frameworks that contribute to the maintenance of a law-and-order approach as well as ones supporting a democratic civil-rights perspective.

Focusing on the concept of repressive protest policing, the author explores responsibility and accountability in the new democracies of Argentina and Chile. To comprehend the current attitude of police towards protesters and vice versa, one must understand the unique context of policing protest during a military dictatorship. Even repressive protest policing was the norm as those who spoke out against the government were labeled “subversive.” With a transition to democracy, the discourse on protest policing is expected to evolve from an “iron fist’ law-and-order approach to a civil-rights focus, but interviews with government officials, police, and journalists showed that the transition from militarized policing to democratic policing is not prescribed. Media contribute to the discourse on policing protest by creating and perpetuating frames of understanding. To illustrate the role of the media in “discursive accountability,” Bonner details pivotal cases and the role of the media in contributing to a counter frame of police wrongdoing.

The author recounts the history of Argentinian police forces, focusing on the Federal Police and the Buenos Aires Provincial Police, from their inception through military dictatorships, economic crises, and democracy. Through the process from militarized police to professionalization, the primary role of police remained state protection as police maintained close ties to the military and top government leaders. Under Perón, police were given autonomy and impunity in dealing with those labeled subversives. From the coup in 1955 to democratic elections in 1973, police reverted to their previous role as a militarized force working closely with the military and presidency in controlling subversives. With autonomy and impunity, during the Dirty War, police corruption increased as they made themselves wealthy through kidnapping, extortion, and theft of people who were labeled subversive. The period of democratization starting in 1983 was a time of police reform. Police again slowly transitioned from a militarized to more professionalized force, while still maintaining a law-and-order approach, particularly in response to increasing social unrest due to economic instability. While there were no reported civilian deaths at the hand of police from 1983 to 1994, police were responsible for the deaths of over one thousand people from 1999 to 2003.

During the years of the military regime, the nation’s top newspapers tended to refrain from publishing material critical of the police, military, or government. After the threat in 1976 of ten years imprisonment for publishing critical content, a number of journalists disappeared and hundreds were imprisoned. Violence against and imprisonment of journalists continued to the early 2000s. Despite threats, journalists have moved towards a civil rights framework and are less likely to rely on police as sources of information. Rather, the pluralistic Argentinian media give voice to victims, social organizations, and lawyers.

In June 2002, two protesters died on Pueyrredón Bridge and nearly 100 were injured. That event marked a turning point in repressive protest policing and influenced the later decision of President Néstor Kirchner to introduce new police reforms aimed at civil society protection, including the decision that federal police would be unarmed during protests. The incident became emblematic of repressive protest policing, ended a political era, and brought about police reform. To understand the shift in framework towards a protester-sensitive approach, Bonner completed a content analysis of the national centrist newspaper, Clarín during the week following the incident. In a review of 64 articles, she found that the police (52) were most often blamed for the violent incident, followed by the protesters (27), and political leaders (19). Government officials initially appeared united in blaming protesters for the violent event before deeming the police culpable. Following the incident, political leaders resigned and officers were dismissed, judicial action was taken and legislative commissions were formed, leading to institutional change.

Argentina and Chile have similar histories of military dictatorships and a challenging road to democracy. Protestors have forged change while carrying deviant labels. Police forces in both countries were militarized and are still slowly transitioning to democratic policing. Despite the similarities, Bonner argues that the move from a law-and-order framework to a civil-rights one has not advanced in Chile to the extent that it has in Argentina.

The Carabineros trace their establishment to 1541 as a police force aimed primarily at protecting the Spanish population from indigenous. As Chile developed economically in the 1700s, the police role expanded to include protection of business owners. In 1881, the Rural Police Security Force was formed and in 1896, the militarized police, Gendarmes, commenced primarily to protect elites and their holdings, particularly in mining communities. In 1902, the police became organized and centralized under the Interior of Ministry, eventually forming the Carabineros. From its inception, Chilean police forces have been closely tied to the military and tasked with protecting economic interests of the elite. A 1927 campaign portrayed the Carabineros as defenders of the public, cultivating a more citizen protection image, even though they were a militarized force. Despite the new image, the Carabineros continued to aggressively control social protest and unrest. In the 1960s, with financial help from the United States, they became more focused with the special task force on combating protest groups. Under Allende, the special group was disbanded and agrarian reform was implemented. The ensuing instability resulted in the military coup which instilled the Pinochet dictatorship.

Although given the constitutional right to protest in 1980, during the years after the dictatorship, protests were not as common as both the government and the people were focused on closure and stability. Given the focus on stability and justification for control of subversive groups, excessive police force was not regarded as wrongdoing in the law-and-order framework of Chile. According to police experts, excessive force in policing protest is justified as a way of maintaining public order and keeping citizens secure against violent subversive groups. Just as in colonial times, those labeled subversives tend to be indigenous, particularly the Mapuche, and other disenfranchised peoples.

Police reform in the 1990s and early 2000’s included disallowing arrest based on suspicion as well as detainee rights including a phone call, detention limitations, and the right to know the reason for arrest. Since police infractions are presided over in military court, police are often not held accountable. The Carabineros did not move from under control of the Ministry of Defense to the Ministry of the Interior until 2011. A focus on community relations, an increase in concern for citizen security, and domestic and international funding for police training and equipment has fostered a positive attitude toward police despite the continued use of excessive force against people deemed subversive.

The two largest and most widely distributed newspapers in Chile are conservative and credited with encouraging the military coup. Because the Pinochet government secured the funds that the two media groups borrowed during the dictatorship, their indebtedness contributed to the endorsement of governmental ideas as the norm. Starting in 1985, the Carabineros embarked on an image enhancement campaign consisting of a well-trained communications department offering information and seminars for journalists. Since 1990, the government has encouraged the media to promote a mindset of unity. For nearly 50 years, until 2001, media was limited in that any seditious comment against military or police was considered unlawful contempt for authority. The Chilean media continues to criminalize protesters portraying them as a violent and subversive. Unlike Argentina, Chilean police are the primary source journalists employ to obtain information about protests. The law-and-order framework does not include discourse on accountability as excessive police force is not viewed as wrongdoing.

The 2006 protest of over 700,000 Chilean high school students demanding educational reform was a pivotal point in Chilean policing protest. The violence that they were met with, at the hands of the Carabineros, was framed as excessive and condemned by the media and the public. High school students, rather than police and politicians, became authoritative media sources. Even the conservative newspaper El Mercurio framed the incident as one of excessive violence. In a content analysis of El Mercurio articles printed during the two weeks following the May 30 incident, Bonner found that a third of the 35 articles were from the perspective of politicians. Student protesters and Carabineros were given equal but limited voice (4 each). Overwhelming blame for the incident was placed on individual Carabineros, who were seen as bad apples who should be held responsible for circumventing democracy.

In both Argentina and Chile, the national police began during a time of social unrest with the purpose of protecting public order. This law and order approach has been re-framed in Chile as citizens security, while in Argentina a civil rights approach has made more ground. While repressive protest policing is negatively viewed in Argentina, in Chile protesters are still viewed as subversive figures who should not be allowed to disrupt civil order. The pluralistic media of Argentina contributes to a civil rights framework while the media in Chile has been a tool of the government promoting a law-and-order framework. Police in Chile, careful of their image, stage-manage journalist coverage of policing protest. Image control maintains their popularity so that when they are accused of wrongdoing, only a few bad apples are held accountable. Argentinian please do not stage manage journalists during protests.

Policing Protest in Argentina and Chile, is likely to appeal to political science, sociology, and Latin American studies students. Bonner’s unique perspective on protest policing gives insight into the difficulties of transition from a militarized to democratized force. Her analysis of the role of the media in reinforcing frameworks is insightful. 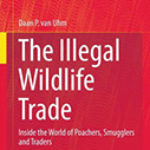