The Illegal Wildlife Trade: Inside The World Of Poachers, Smugglers And Traders (Studies of Organized Crime, vol.15)

In order to explain the persistence of the transnational illegal wildlife trade and to craft effective solutions, it is crucial to understand the criminal networks involved in the trade. Numerous calls for more empirical data on the actors and operations of these networks have been issued. The Dutch scholar Daan van Uhm has capably answered these calls in his debut book The Illegal Wildlife Trade: Inside the world of poachers, smugglers and traders. His book is brimming with meticulous research, both literature reviews and his own extensive fieldwork.

He begins with a fascinating and comprehensive account of the history of collection of and trading in exotic animals, ranging from the time of the ancient Egyptians (3500-500BCE), through Romans, Greeks and the Medieval period, up to the present. Three interrelated uses are revealed: the functional use of wildlife (e.g. for food and clothing, medicines and load bearing), the use of animals for education and entertainment (think pets, circuses and zoos), and their use as symbols of status, fashion and religion. The second chapter highlights the damage the trade is doing, introducing the concepts of defaunation, trophic cascades, ecological meltdown and the anthropogenic Allee effect. Such often incalculable but clearly massive risks impact not only the functioning of ecosystems but also the well-being of both human and non-human animals. As van Uhm points out, ‘nature is society and society is nature’ and therefore by destroying nature we destroy ourselves. And, as he further elucidates, some suffer more than others, as is evident in the different scales and rates of destructive processes at work in the Global South and the Global North.

Chapters 3 traverses the regulation of the trade through law, a well-worn but necessary path. The focus, as is the case in the rest of this book, is on the EU, particularly the enforcement of CITES in the Union, and the limitations of CITES to control the illegal trade. Chapter 4 explores the emerging sub-discipline of green criminology, noting its position that the suffering of harm rather than the breach of laws should be the concept determining the criminality of the trade. This chapter also introduces key criminological concepts such as the idealized pipeline model showing how actors progress the trade, the idea of ‘organization,’ and the role of networks. The chapter is enlivened with snippets of intriguing information, such as an account of the medieval practice of prosecuting animals, including bulls, rats, pigs, wolves, snakes, horses and even worms, for harming humans.

Chapter 5 constitutes the methodological heart of the book, outlining the quantitative and qualitative methods employed by the author. In discussing his fieldwork, van Uhm recounts the tribulations and challenges he faced in dealing with informants in Russia, Kazakhstan, Azerbaijan, Morocco and China. How he dealt with issues of access and trust-building, dangerous situations and ethical dilemmas could be prescribed for study by others embarking on fieldwork, and not just that relating to the illegal wildlife trade.

The statistical analysis foreshadowed here follows in the next chapter, which examines seizures of animals and animal products in the EU. The data is broken down into comprehensible figures on species, source and destination countries, and it also reveals modes of smuggling and laundering and types of traders. On the basis of this wealth of data, the author chose his three case studies to reflect both significant EU markets and the different purposes of trade identified in the first chapter.

The empirical meat of the book is to be found in chapters 7, 8 and 9 containing van Uhm’s case studies of the trades in caviar, Barbary macaques and animals/animal products for Traditional Chinese Medicine (TCM). These chapters represent terrific examples of how to clearly and thoroughly report on qualitative research without getting bogged down in the detail. Rich information on the actors, their trade routes and their modus operandi is provided, and the environmental and social harms relating to each of these specific trades are convincingly explained. One important finding is that local actors often carry significant responsibilities in these trades, not only as harvesters of animals and their products but also as middlemen. For many, the path of criminality is chosen because of a lack of alternative viable livelihoods. But what is even more striking is the extent to which corruption of ‘legitimate’ actors, and collaboration between upper and under-worlds, play an indispensable role in ensuring the continuity and resilience of each of these trades. These findings corroborate those of other scholars, relating to different kinds of illegal wildlife trades, and afford ample food for thought for those interested in solutions.

The final substantive chapter wraps up with a discussion of the issues that arise from the author’s findings, ranging across demand, the growth of the illegal wildlife trade in the context of global economic and political asymmetries, the relationship between upper and underworlds and the nature of criminal networks, the harms of the trade and changing attitudes to it. In his conclusion van Uhm issues a call, unfortunately unlikely to be heeded, for a cultural shift to a non-anthropocentric view of life and a recognition of harm as a guiding principle for interventions.

Although I was somewhat disappointed that it is left to the reader to go the extra mile and consider how the information presented can be used to craft effective interventions along the ‘pipeline’, from deterring poachers and traders to deflating consumer demand, the book should not be judged wanting for this reason. It is vital that such strategies are informed by facts about who conducts these trades and why, how and where these actors connect and negotiate, under what conditions and rules they operate, how the trade crosses borders, and what drives the consumer. Detailed evidence provision on these issues is the primary strength of this book. van Uhm delivers unpalatable truths and solid particulars in an engaging read that leaves no room for doubt as to the enormity of the task ahead, but gives more than enough reason to tackle it. 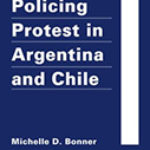 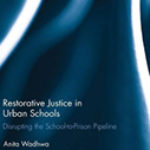