Today, it comes as no surprise that it is difficult to be poor in the United States. Scholarship in the social sciences has long identified the root causes of poverty, the ways that social structures reproduce poverty, and the state’s enduring obsession with delineating the so-called ‘deserving’ from the ‘undeserving’ poor. In Policing Welfare: Punitive Adversarialism in Public Assistance (2021), Spencer Headworth examines how welfare-providing institutions criminalize poverty when ostensibly administrative sanctions spur criminal charges.

Through an in-depth organizational ethnography of welfare fraud bureaus in five states, Policing Welfare provides a meticulous portrait of the painstaking ways that the bureaucracies managing Temporary Assistance for Needy Families and the Supplemental Nutrition Assistance Program and their employees attempt to distinguish who does and does not deserve aid. In doing so, fraud bureaus play a crucial role in upholding the legitimacy of welfare agencies themselves; ironically, fraud bureaus center fraud management to combat popular narratives that widespread fraud undermines the project of welfare itself. These investigative units adopt and perpetuate what Headworth calls “punitive adversarialism”: “the institutionalization of surveillance, investigation, formal charging processes, and punishments” against welfare recipients within the very institutions purportedly charged with providing aid (p. 3). The antagonistic stance that fraud investigators adopt towards their agency’s clients, and which in turn suffuse the institutions themselves, is evidenced through the myriad, candid quotes from fraud investigators that Headworth incorporates throughout the text. Though Headworth raises minor points of contrast between investigators working in different regional contexts, the overall portrait is of a set of agencies that increasingly govern through crime (See Simon, 2007). In this sense, Policing Welfare provides a rich and relevant case study that augments existing literatures on poverty governance and public management. Additionally, and of interest for criminal justice scholars, the book can certainly also be read as a case study in how the operations of the carceral state extend beyond prison boundaries, often masked by the banalities of seemingly non-punitive (even aid providing!) forms of bureaucracy.

Policing Welfare begins with an overview of the welfare system in the United States and reviews a now-familiar story of its devolution and rollback, culminating in the 1990s with the passage of the Personal Responsibility and Work Reconciliation Act, which both authorized states to determine the rules for welfare eligibility and established dedicated fraud control units within welfare agencies. From there, Headworth quickly delves—in rich, at times almost painstaking, detail—into how welfare fraud investigation units go about their work, showing how “begetting institutionalized suspicion about clients’ rule compliance” is a “national common denominator” throughout these agencies (p. 54). Policing Welfare examines how ‘fraud’ is constructed as a category, usually through deliberate misrepresentations of income, household composition, or other such details on the part of the welfare recipient. However labyrinthine the rules of eligibility and compliance, Headworth emphasizes that such rules always remain open to interpretation and that fraud workers exercise a great deal of discretion in implementing policies and making decisions about particular clients. Accordingly, the book is also a case study in how law and policy are so often effectively made by street-level bureaucrats, like fraud investigators, who interpret and implement them. As they go about this work, Headworth argues that these bureaucrats further a core goal of welfare reform: to reduce the size of public benefit programs by eliminating rule-breakers from welfare rolls.

Policing Welfare then analyzes fraud units as the “welfare police,” positing welfare fraud investigation units as a quasi-policing structure that “straddle[s] the boundary between the bureaucratic domains of welfare and criminal justice, acting on leads and evidence from both sides” (p. 77). It is this blurring that is perhaps most dangerous for the clients being served, as “coordination and cooperation between designated welfare enforcement authorities and criminal justice agencies produces new and expanded legal risks and injurious legal outcomes for poor people” (p. 99). But institutions, of course, are comprised of people, and Policing Welfare particularly shines when turning a keen lens onto fraud workers themselves to better understand how they conceptualize their work through particular occupational frames and, in turn, operationalize it. Fraud workers, Headworth argues, are (crucially) workers who labor to catch fraud. Many have a law enforcement background while others transfer into fraud investigation from other offices of public assistance. No matter their experience, Headworth shows that fraud workers exercise wide discretion in their day-to-day duties; while many insist upon a neutral, colorblind framework when it comes to their clients, structural biases clearly persist. Thus, Headworth argues that a key result of punitive adversarialism is to uphold the stigma levied against welfare clients, in all of that stigma’s racialized and gendered nuances. Like many police officers, some fraud workers see themselves as upholding a moral boundary on behalf of the public. Some believe that fraud investigation maintains the feasibility of aid programs themselves by recouping otherwise lost money. Others, meanwhile, clearly feel conflicted about their role in a system that blends punishment and provision. Whatever the case, as they go about their duties, fraud workers employ what Headworth calls an “informal criminology,” deploying folk ideas of who is and is not likely to cheat the system or get caught doing so and invoking ideas of deterrence and incapacitation to explain the functions of fraud investigation (p. 207). Throughout, Headworth reminds the reader of the crucial power differential involved in fraud investigation work: the material consequences of a fraud charge for a welfare recipient can be significant, while for the fraud worker, the entire process remains abstract. For the poor, exposure of personal information becomes a hallmark of poverty itself, a necessary compromise for the receipt of increasingly modest amounts of aid. Overall, if traditional police departments maintain the state’s monopoly on the legitimate use of violence, Headworth argues that fraud control units uphold the states’ monopoly on the exercise of symbolic violence (p. 182). In addition to physical force, the coercive power of this symbolic force underlies state agencies’ societal authority and ability to exert social control.

In closing the book, Headworth turns away from the individual and again towards organizations, arguing that fraud control units emblematize the marketization of public entities under the New Public Management and in the neoliberal era. As he argues, “The broader contemporary business-style approach to welfare includes enforcing sanctions to mold welfare clients into usable workers for the low-wage labor market” (p. 223). If fraud investigation functions to discipline workers, however, it also “converts the personal into the penal” as individuals’ life circumstances are assessed to justify their punishment (p. 225). Through their everyday work, fraud investigators “functionally treat all clients as suspects” (p. 232).

In the very last pages, Headworth offers a few suggestions to counteract what Policing Welfare meticulously documents: the myriad, capricious ways that aid-providing agencies punish the poor. He gestures vaguely at a guaranteed minimum income policy that he argues would abnegate the need for many of the infractions that fraud investigators pursue and also reduce the costs of social safety net programs, but quickly dismisses such a reform as politically infeasible. Instead, Headworth outlines some more incremental changes, including de-emphasizing individual client surveillance and policing at welfare agencies in favor of a randomized audit approach.

As the first in-depth ethnography of welfare fraud control units, Policing Welfare provides a rich and worthy study examining this particular arena of punitive poverty governance. The book’s detail—at times verging on the tedious—likely mirrors the experience of navigating these complex welfare bureaucracies themselves, an experience Headworth undertook through the impressive research documented in the book’s pages and that countless impoverished Americans undertake in the process of seeking assistance. ‘Policing’ is used loosely throughout the book, employed to consider how bureaucratic rules and their implementation govern the daily lives of the poor in ways that sometimes, but not always, ensnare impoverished individuals in the criminal legal system. Throughout, the focus remains on fraud workers, rather than aid recipients, but their perspective is not totally absent as Headworth maintains a sympathetic stance toward aid recipients and their very real material needs. A crucial contribution to the literatures on poverty governance and public management, the book lacks an explicit criminal justice framing and does not theorize about punishment per se, though there are many important, if oblique, connections to literature on the carceral state. That is, if Policing Welfare does not speak to policing literatures explicitly, the book will nevertheless be highly relevant to scholars of policing, carcerality, and criminal justice just as it provides an in-depth look at a case of relevance for poverty scholars.

For example, though Headworth never draws the connection himself, Policing Welfare recalls Stuart Hall and colleagues’ Policing the Crisis (1978), insofar as welfare fraud can be read as a moral panic and its bureaucratic response an attempt to uphold the status quo. Headworth’s analysis would certainly suggest as much: he writes that “[o]verhauls to state-level fraud policies illustrate how policymakers can whip up and then use outrage about alleged fraud to advance political priorities,” while by all available measures the actual fiscal impact of welfare fraud remains minor (pp. 35–36, 56). Thus, fraud control becomes a somewhat self-fulfilling prophecy in much the same way as the policing of muggings in 1970s Great Britain: creating dedicated fraud investigation units that anticipate particular stigmatized groups as the perpetrators of fraud “primes fraud investigators to find them, further reinforcing preconceived notions about who is—and who is not likely to be—a welfare cheat” (p. 206) (See Hall et al., 1978). Could the connections to formal policing—that is, not symbolic, but actual state violence—be further developed and brought to the fore in Policing Welfare? Especially in the current moment, perhaps. But Policing Welfare should not be faulted for what it’s not but rather celebrated for all that it is. Headworth provides an incredibly thorough, well-researched, and meticulously analyzed contribution to the scholarly literature on just how difficult it is to be poor, and the people and structures that make it so.

Simon, J. 2007. Governing Through Crime: How the War on Crime Transformed American Democracy and Created a Culture of Fear. Oxford University Press.

Madeleine Hamlin, PhD Candidate, Department of Geography and the Environment, Maxwell School of Citizenship and Public Affairs, Syracuse University. She studies the intersection of housing and criminal legal systems in U.S. cities. 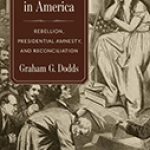 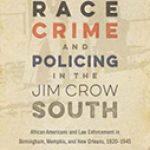