There are two narratives – both true – about how American policing evolved. One narrative is more commonly recognized, however. What most college students will learn in a standard introductory policing or criminal justice course is that American policing grew out of the English policing model. They will read about Sir Robert Peel and the British ‘bobbies’. The modern U.S. police force, as most people understand it, first formed in New York City in 1845; and by the end of the 19th century all large municipalities had such a police force. Policing in the slave states followed a different path, however, with early southern police departments starting out as slave patrols. Slave patrols began in the Carolina colony in the early 1700s, and a century later all slave states had these patrols. Patrollers focused on catching escaped slaves and quashing suspected rebellions, among other things. While this uncomfortable history is less discussed, it is by no means a secret, and has been acknowledged on the National Law Enforcement Museum’s blog (see https://lawenforcementmuseum.org/2019/07/10/slave-patrols-an-early-form-of-american-policing/). Slave patrols-as-police formally ended in 1865 with the South’s loss in the Civil War, and slavery becoming illegal. A short time later, however, beginning in the mid-1880’s and lasting until 1965, Jim Crow laws were enacted throughout most southern and northern states. Jim Crow laws made segregation of Blacks and Whites official, and demanded Blacks’ subservience to Whites in all areas of American life. The police job was to enforce those laws and norms. As Brandon Jett writes, the police were “the foot soldiers in the battle to maintain black subordination in cities across the South” (p.159).

It is policing during this period that is the focus of Dr. Jett’s excellent book. In writing Race, Crime, and Policing in the Jim Crow South, Jett addresses a gap in the criminal justice literature by offering a historical perspective on how policing evolved. While he is a historian, his book has obvious relevance to the criminal justice discipline, which has arguably neglected historical criminology. (Indeed, the American Society of Criminology’s Division of Historical Criminology has only very recently been formed. The section’s website — https://asc41.com/divisions/dhc/ — lists the division as “coming soon”.) Well-researched and well-written, Jett’s book specifically examines policing in three cities – Birmingham, Memphis, and New Orleans, from 1920 through 1945 – but the implications go beyond those municipalities. The chapters cover race and crime (violence and property offenses), and how police departments in the urban south evolved (chapter 1); how African Americans responded to crime in the urban south (chapter 2); how police investigated murders of Blacks (chapter 3); and interactions between police and African Americans in instances of stolen property (chapter 4) and assault (chapter 5).

Comprehensively researched, the book is accessible to both scholars as well as the general public. The author identifies the problem of Black communities being simultaneously under- and over-policed: “high rates of black arrests for nonviolent offenses such as vagrancy; under-policed in the sense that law enforcement officers typically showed little concern for crimes involving black victims, including homicide” (p.6). Jett describes the myriad ways that Blacks navigated life during the Jim Crow era, which was always fraught with peril. Typical strategies included either actively resisting oppression by Whites (the least common response); or avoiding interactions with Whites (both citizens and law enforcement); or operating within the confines of what was possible to improve their lives. Illustratively, Jett describes how African Americans often called on police for assistance, but had to rely “on signals and rituals that demonstrated to the police, at least on the surface, that they accepted the officers’ authority” (p.9). The formation and role of the NAACP –in particular the organization’s pushing back against violent officers and police brutality generally – is also discussed.

An unexpected finding by Jett, that large numbers of Black citizens would reach out to police, “act as witness, turn over evidence, and capture suspects following the commission of a crime” (p.161) was very interesting and “counterintuitive” as he describes it. “By contacting the police and assisting them throughout their investigations, black crime victims and witnesses signaled that they accepted the authority of law enforcement” (p.162). Police during this time had few checks on their authority and brutality towards Blacks. As such, Blacks signaling to police that they accepted their authority was a survival mechanism for African Americans. Northern cities, while also having police enforce Jim Crow laws, actually began to hire Black police officers. This gave northern Black residents the opportunity to interact with Black officers. In the South, however, Black residents typically had to “[deploy] strategies designed to appeal to the white supremacist nature of southern police officers, while also extracting services from them” (p.163). As Jett portrays it, Black residents’ choice to do this was a rational adaptation to unreasonable circumstances — circumstances that could have life-or-death consequences for African Americans.

Race, Crime & Policing in the Jim Crow South comes along at an ideal time as there is new interest in historical policing, perhaps sparked by the 100-year anniversary of the Tulsa, Oklahoma race massacre and law enforcement’s role in those events. We find ourselves in the Black Lives Matter post-George Floyd’s murder era of community policing. Modern policing now faces a reckoning that has been long coming. To that end, Brandon Jett’s book is an important read for any criminal justice scholar or student – or anyone – concerned about the modern state of affairs of American policing. For only by understanding where policing came from can we understand where it stands now, and what direction it should take in the future.

Dr. Connie Hassett-Walker is an assistant professor in the School of Criminology and Criminal Justice at Norwich University 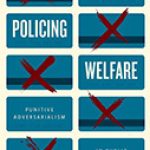 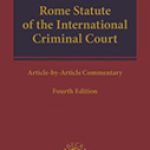