Punishment and Citizenship: A Theory Of Criminal Disenfranchisement

Across the world voting is considered a fundamental constitutional right, especially among democratic states.  Are there ever any conditions, such as the commission of a crime, that would justify the temporary or permanent loss of this right? Examining this question is the subject of this timely well executed book.

At one time voting was not considered a core right of democracies. But over time, and especially since at least the end of World War II if not before that, universal adult franchise has come to be seen as a human right protected under constitutional and statutory law. Yet many democracies engage in the practice of criminal disenfranchisement. This is the policy of legally taking one’s voting rights away if one is convicted of a crime. Tripkovic’s book first surveys and catalogues the practice of disenfranchisement, then engages in an analysis of the justifications and implications of such a practice.

Of the 43 European states, 31 employ some version of disenfranchisement. Some states curtail voting rights based on the type of c rime committed, others on the sentence, still others premised on the sentence and qualified by time imposed for the punishment. Unlike in the United States where some states impose lifetime bans on voting for conviction of a felony, no European country does that. Additionally, among the 31 countries that disenfranchise, both the timing of loss of the right (pre-penal or with other punishments) and the restoration of voting rights varies as well, with exit from incarceration or completion of the entire sentence the most common occurrences.

The practice of criminal disenfranchisement is ancient. The author here traces the practice back to Ancient Greece and Rome. The justification was twofold. One, citizenship was not a universal right, but rather conditional. Two, commission of some crime was an attack on the state, meriting ostracism and atimia as punishment for such acts of disloyalty or disregarding duties of citizenship. If citizenship and participation in the affairs of the polis or community was a privilege and not a right, conditioning it upon good behavior and not committing criminal acts was the rule.

Modern or more democracy-based theories of criminal disenfranchisement still flow from the idea that committing some type of crime is an act against the state warranting loss of the right to vote.  The question is whether specific types of acts exclude one from voting, or whether commission of such acts mean that specific types of people should be excluded from voting. Moreover, Tripkovic asks whether disenfranchisement is punishment for something else, in addition to just punishing for the offense committed, and whether taking away voting rights empirically serves as a deterrent.

According to the author, the current practice of disenfranchisement lacks theoretical coherence. First, it is hard to reconcile the principles of democracy–especially modern conceptions of universal franchise and participation–with taking away the franchise, whether according to liberal or republican accounts of what citizenship entails. But even if voting can be justified as a limit on liberty or as serving a public good, governments have done little to explain how disenfranchisement serves broader goals. There is no evidence that disenfranchisement deters criminal behavior, and few if any governments have constructed a rational or coherent theory of how taking away voting rights fits into a policy of punishment. In many ways, although the author does not say it, taking away voting rights seems more a reactive policy than a well thought out one.

The book closes with a series of summaries and recommendations. Simply put, the practice of disenfranchisement lacks empirical, theoretical, and policy coherence, and even if its problems could be solved, there would still be questions about its legitimacy. The book questions whether there are sufficiently bad acts, bad people, or specific franchise restrictions that are justified. Overall, the strength of this book is the empirical and theoretical rigor given to a practice that is more common than many think, but one that is given less thought than it deserves by legal thinkers and policy makers.

David Schultz is Hamline University professor in the School of Business where he teaches classes in public administration. He is also a professor at the University of Minnesota School of Law. 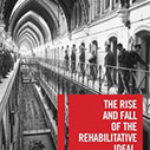 The Rise and Fall Of The Rehabilitative Ideal, 1895-1970Books, Reviews in Brief