The temptation is to damn this book with faint praise; it is a temptation that I will resist, as Bailey – formerly Director of the Hall Centre for Humanities and the Charles Battey Distinguished Professor of Modern British History at the University of Kansas, deserves being treated with genuine, rather than fake reaction to what might be seen as his “life time work”.

The Rise and Fall of the Rehabilitative Ideal takes the reader on a journey describing the penal policy and practice of England and Wales (note there is no such thing as the “British penal system”) from the Gladstone Committee of 1895 until the abolition of capital punishment in 1969. By that stage, ideas of rehabilitation were falling out of fashion on both sides of the Atlantic and would come crashing to a halt with the publication of poor Robert Martinson’s “nothing woks” research in 1974. There are sections of this book devoted to the impact of the imprisonment of conscientious objectors during the First World War (although too little for my taste about the impact of the imprisonment of Suffragettes); the post- war decarceration of jails, when the prison population halved, despite increasing crime levels; the Criminal Justice Bill of 1938, which was lost as a result of the Second World War; and post- war increases in prison numbers when “English exceptionalism” to European trends started to take hold. Almost as a narrative arc throughout the book, there is a continued focus on various attempts to end capital punishment which, as Bailey rightly explains, was almost a distraction from other penal issues, especially the lived experiences of those who were actually being imprisoned.

The book is grounded in archival research, rather than the “plethora of sources” that is claimed on its behalf, and can be seen as a modest contribution to a now widely accepted historiographical trope that too much has been claimed about this period’s supposed rehabilitative impulses. This is a trope that can be traced back to, at the very least, Andrew Rutherford’s 1984 Prisons and the Process of Justice. This is a solid, weighty, worthy book that one might expect of a distinguished historian and might be seen as the passing hurrah of one of a generation of scholars who have been trained to look for nuance and to make connections among seemingly disparate, minor pieces of (usually) administrative evidence that might be uncovered by spending an inordinate amount of time in the national archives.

Surprisingly, there are a number of errors such as, for example, the miss-spelling of Judge Stephen Tumim throughout as “Tumin”, but it is perhaps the omissions that are most galling. I have already mentioned the Suffragettes, for example, and women more generally during this period don’t fare much better. Nor is there mention of the unique and pioneering HMP Grendon – which opened in 1962 – and which remains the only prison, not just in England but in the whole of Europe to operate as a psychodynamic therapeutic community, despite its clearly thriving in a period when the rehabilitative ideal was in decline.

Above all, this book is dull; to put it mildly it is most certainly not a “page turner”. This is not meant to be a cheap shot, but to question who it is Bailey thinks is going to use The Rise and Fall of the Rehabilitative Ideal? It most certainly won’t be undergraduates, or even post graduates, and it is too obviously a book of “History” (with a capital “H”) of a certain type to attract academic criminologists. Nor will it appeal to the general non- fiction reader, prison reformers, campaigners or abolitionists. Sadly, given how often he gets mentioned, the book seemed to be a sustained debate with Professor David Garland, and I was left imagining that it was actually he for whom Bailey is writing. I hope for Bailey’s sake that Garland enjoys the book more than I did. 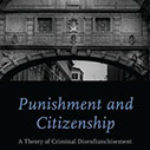 Punishment and Citizenship: A Theory Of Criminal DisenfranchisementBooks, Reviews in Brief 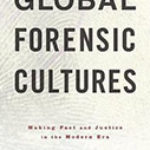