Recounting The Anthrax Attacks: Terror, The Amerithrax Task Force, And The Evolution Of Forensics In The Fbi

The anthrax incidents of 2001 represented a major milestone for the national security community, in that they highlighted the vulnerabilities of the United States to a very unique domestic threat. While the number of initial casualties were few, the anthrax-filled letters created a nation-wide panic because they were unattributed, and the biological agent was perhaps the most dangerous organism that had been weaponized. This “invisible scourge” also shook the public health community, which was not prepared to respond to deliberate biological threats. US leadership demanded a prompt response to prevent future incidents from occurring.

Enter the Federal Bureau of Investigation — tasked with attributing the attacks to a specific source. This mission was not new. Following the Aum Shinrikyo use of nerve agents in Tokyo in 1995, the FBI had been charged with investigating terrorism cases involving weapons of mass destruction as a federal crime. The Bureau had a Hazardous Materials Response Unit; its personnel were connected to military and civilian biological defense experts; and yet, the FBI was unprepared as an institution to investigate multiple anthrax incidents in the United States, and to quickly identify a perpetrator. In particular, its unit had to determine if the anthrax came from a research laboratory, a weapons program, or a natural source. While the FBI had investigated numerous “white powder” hoaxes, this was its first real event.

It took the FBI nearly six years to conclude that Bruce Ivins, a research scientist working at the Army’s Fort Detrick laboratories, was responsible for the attacks. This view was not without some controversy, with some of Ivins’ colleagues calling out the FBI for allegedly using inadequate scientific protocols and harassing the scientist into committing suicide. To a large extent, while Decker does not state this, his book reads like a detailed counterargument to those statements. It may be that the author was restrained from addressing the Bureau’s critics until he had retired and could marshal the argument that his team did in fact get the right person in Ivins. I say this for two reasons: first of all, the author describes dialogues in a very detailed way, to a degree that one usually sees only in fictional narratives and not in non-fiction books.

Second, Decker goes into great technical detail about the different types of Bacillus bacteria and the different strains of anthrax, as well as the procedures developed to track down and attribute the anthrax used in the 2001 incidents to a specific source. Using this approach, I think Decker is seeking to make the case that the FBI performed as it should throughout the investigation. These details make the case that these were real people, doing the best that they could under the existing conditions, to identify the perpetrator of a very high-visibility incident. Still, a person lacking a scientific background could be excused for becoming confused by the significant amount of scientific data presented in this book.

There are three particular issues presented by the author that deserve highlighting: Why did the FBI take so long to identify the alleged source of the biological organism? Why did the FBI get sidetracked by its focus on one Steven Hatfill? And why did the FBI finally settle on Bruce Ivins?

Decker goes to extremes to explain how the FBI lab arduously worked to safely extract and analyze the anthrax in the letters while avoiding cross-contamination and maintaining chain-of-custody procedures. Identifying the particular anthrax as originating from an “Ames” strain was just the first step; lacking a database of anthrax strains, they could not authoritatively identify from where it came. The FBI received samples from all over the nation, as well as from the United Kingdom’s Porton Down biological research facility. Hundreds of these samples came from the U.S. Army labs, in particular the Dugway Proving Ground and Fort Detrick. It took the Bureau a long time to get to this point, in part because they had to count on the cooperation of those laboratories and then identify the genetic signatures of each sample. The anthrax letters held a strain that had specific mutagens that made them unique – leading them to a particular strain found only in the Fort Detrick labs. The sample analysis was just part of the larger investigation. Assessing other evidence, for instance the source of the envelopes used in the attacks, was a significant challenge, but represented a more familiar aspect of law enforcement investigation.

The Bureau’s seeming fixation on Steven Hatfill is a little harder to understand. The FBI was focusing on Fort Detrick, the Dugway Proving Ground, and the Battelle labs in Ohio as possible sources for the anthrax (after ruling out possible foreign sources), and Hatfill was an employee at the Detrick labs who had already stood out as an atypical employee. He worked in virology though, and not with anthrax, and he had lost his security clearance for unstated reasons. He was writing a book of fiction in which the main character was planning on attacking the White House with a plague. Hatfill had some discrepancies in his resume, which caused some suspicion as to his forthrightness. The FBI used bloodhounds to track scents in Frederick, Maryland to Hatfill’s door, and to his girlfriend’s door. Because he had traveled into the backwoods around Frederick, this led the FBI to investigate whether he might have tried to dispose of equipment or agent in nearby ponds. This turned into a media circus, as news organizations covered how the FBI was draining the ponds in the middle of winter. After two years of investigation, the team finally admitted that Hatfill wasn’t their guy. He didn’t have access to the anthrax spores and there was zero evidence of any intent. It seems odd that it took so long to figure this out, but again Decker walks the reader through every step of their thought process.

Which brings us to Bruce Ivins. Decker reveals that Ivins came to the FBI in January 2002 to allegedly assist them in identifying potential sources of the anthrax strain. Ivins volunteered to provide four samples of his anthrax strains in 2002, which later were found to have some discrepancies that Ivins explained away as resulting from handling issues. Ivins became a “person of interest” in 2004, but it wasn’t until 2007 when the FBI increased its scrutiny of him as a primary suspect.

Bruce Ivins presented a number of suspicious indicators. He had a volatile temper and an obsession with people whom he perceived as having done him wrong. He used multiple aliases and email accounts to harass the Kappa Kappa Gamma chapters of various universities. Decker’s investigation suggests that Ivins suffered from depression and had a substance abuse issue. More to the point, the FBI had identified that the Frederick, Maryland post office had been a source of the same letters used in the anthrax attacks; Ivins also had rented a post box there. When the FBI searched his residence in December 2007, they didn’t find any incriminating evidence. There were no traces of anthrax organisms, no envelopes that matched those of the 2001 incidents, no copies of the threat letters. But as the FBI prepared for a grand jury hearing, Ivins overdosed on acetaminophen and diazepam, later dying in the hospital.

It is true that the FBI did not have an iron-clad case, that much of the evidence was circumstantial – but the amount of evidence that pointed toward Ivins was considerable. Decker carefully avoids any attempt to outline Ivins’ motivations or intent, but he leaves enough hints. The Department of Defense has a “Chemical-Biological Defense Program” that manages all the defense funding for military research and development, and in the summer of 2001, that program’s leadership was looking to stop the development of a next-generation anthrax vaccine. This directly impacted Ivins’ funding at Fort Detrick.

He may have seen the 9/11 attack as an opportunity to shake up interest through the specter of anthrax attacks that, while menacing, did not kill a lot of people. When he found out that some mail-workers were dying – people who were not the target of his mailings – then he stopped the attacks. If Ivins was not the source of the attacks, as some advocates, then who? The absence of further attacks since that time has quieted speculation about other perpetrators.

Decker closes with a short summary of all of the progressive measures taken since the anthrax attacks – new biosecurity regulations for laboratories using dangerous biological organisms, new groups such as the National Science Advisory Board for Biosecurity, and the National Bioforensic Analysis Center, and of course, a significantly upgraded forensics unit in the FBI. If such an attack were to occur today, the cycle of forensics and attribution would be much, much quicker than the six years it took for this case. Overall, this is a valuable book for understanding how the FBI developed its case for the Amerithrax investigation, not just for the legal community that engages in bioterrorism cases, but for the defense community that engages in the policy aspects of this issue. In no small way, the U.S. government still operates on assumptions about bioterrorism that have not been questioned since the 2004-2007 timeframe. That is not a good thing, but understanding the genesis of this mindset is itself valuable.

Al Mauroni is the director of the U.S. Air Force Center for Strategic Deterrence Studies and author of the forthcoming book BIOCRISIS: Defining Biological Threats in U.S. Policy. The opinions, conclusions, and recommendations expressed or implied within are those of the author and do not necessarily reflect the views of the Air University, U.S. Air Force, or Department of Defense.

Recounting The Anthrax Attacks: Terror, The Amerithrax Task Force, And The Evolution Of Forensics In The Fbi2021-06-012021-06-01https://clcjbooks.rutgers.edu/wp-content/uploads/2016/08/logo.pngCriminal Law and Criminal Justice Book Reviewshttps://clcjbooks.rutgers.edu/wp-content/uploads/2021/05/recounting-the-anthrax-attacks.jpg200px200px 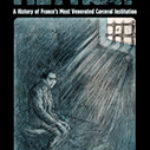 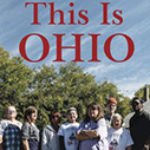 This Is Ohio: The Overdose Crisis And The Front Line Of A New AmericaBooks, Full Reviews