The Concept of Mens Rea in International Criminal Law: The Case for a Unified Approach

To begin with, the very concept of mens rea was difficult to pin down, given the diversity of approaches to culpable mental states around the world. Moreover, there was little in the way of comparative literature to elucidate the commonalities and differences in the various approaches. If the ICTY had to pick an approach, which one should it adopt? As the first post-Nuremberg international tribunal, it remained very unclear what law the ICTY should follow in the absence of clear statutory or common law norms. Furthermore, since crimes against humanity had only been prosecuted in the post-World War II cases, there was minimal jurisprudence addressing their elements, and the available decisions shed little light on the mens rea.
In reading Mohamed Elewa Badar’s remarkably comprehensive book about the concept of mens rea in national and international criminal laws, I kept thinking how thrilled I would have been to discover such a book while working at the ICTY. Professor Badar reveals the confusion surrounding mens rea at the international level and proposes to lend some clarity to the concept through comparative analysis. The book’s declared aim is to “examine the general principles that underlie the various approaches to the mental elements of crimes” in order to generate “recommendations on how the international criminal courts and tribunals can, and indeed should, deal with this complex notion of mens rea in [their] future jurisprudence.”1

The book begins with an explanation of the role of general principles in international criminal law. It then provides in-depth reviews of the law and theory of mens rea in various national systems, ending each discussion with “conclusions and general remarks” that summarize the material and point out some commonalities and differences among the approaches.

The second half of the book reviews the treatment of mens rea in international criminal law beginning with the post-World War II trials and the negotiation of the Genocide Convention through to the work of the International Criminal Court. In addition to describing the law, Professor Badar provides some analysis, highlighting for instance, the role of poor communication among legal systems in yielding the awkward mens rea formulation in the Genocide Convention.2 Again, each part of the review of mens rea in international criminal law ends with “general remarks and conclusions” that synthesize the material presented. These remarks provide interesting insight into the inconsistencies in the approaches of the various tribunals.
The book ends with several pages of “general conclusions and recommendations.” The general conclusions summarize in broad strokes some of the material presented in the treatments of comparative and international law. For instance, Professor Badar observes that one commonality in approaches to mens rea among systems is the view that “a person shall be guilty in order to attract criminal responsibility.”3 Finally, Professor Badar provides eight recommendations for the future use of mens rea in international criminal law: (1) a subjective test should be followed; (2) culpability should be confined to three mental states; (3) for “special intent” crimes dolus directus of the first degree should be required; (4) negligence should be excluded; (5) constructive knowledge should be abandoned; (6) the ICC’s elemental analysis of mens rea is preferable to an offence analysis;4 (7) accomplice liability should require proof of cognitive and volitional mens rea components; and (8) the ‘reasonably foreseeable’ test for extended joint criminal enterprise should be rejected.5

The book makes an important contribution to the literature through its very comprehensive review of mens rea law in many of the world’s national legal systems and at international criminal courts and tribunals. Professor Badar demonstrates that in all of these contexts, theorists, legislators, and judges have struggled mightily to identify the appropriate mental states to justify the infliction of punishment. He also illuminates the historical trajectory of the concept beginning as far back as the Babylonian Code of Hammurabi.

The book’s description of national and international approaches to mens rea is both broad and deep. Unlike many other authors, Professor Badar looks beyond the common law and civil law systems, including also reviews of mens rea in Chinese, Russian and Islamic laws. This is a tremendously important contribution because, as Professor Badar notes, international criminal law should not merely reflect the norms of the Western systems most accessible to Western scholars.

The book provides an impressive level of detail with regard to many of the systems it reviews, elucidating not only dominant trends in thinking about mens rea but also conflicts within legal systems. The book also contains some helpful comparative analysis, including, for instance, tables that compare approaches among common law systems. The book’s exploration of the international criminal law jurisprudence concerning mens rea is also impressively comprehensive.

Additionally, despite asserting the importance of identifying general principles for the development of international criminal law, the book spends little time doing so. The descriptive sections are followed by “general remarks” and “observations” or “conclusions.” These provide some interesting comparative insights but largely focus on summarizing the descriptive information that precedes them. The ten pages of recommendations at the end of the book come closest to resembling proposals for general principles but they are presented with little analysis. For instance, Professor Badar argues that negligence should not be sufficient for conviction of an international crime. He notes that the International Criminal Tribunal for Rwanda (ICTR) has convicted persons based on negligence while recent case law of the ICTY requires intention. He does not argue that a general principle exists rejecting negligence as a form of culpability, which would be inaccurate. Instead, his assertion that the ICTR’s approach “is considered a backwards step regarding the developing law of mens rea”6 seems to be based on his belief, reflected in the ICTY jurisprudence, that international crimes are simply too serious for negligence to be sufficient. As I have argued in other writing, general claims about the seriousness of international crimes require justification.7

The Concept of Mens Rea in International Criminal Law: The Case for a Unified Approach2014-05-012016-08-14https://clcjbooks.rutgers.edu/wp-content/uploads/2016/08/logo.pngCriminal Law and Criminal Justice Book Reviewshttps://clcjbooks.rutgers.edu/wp-content/uploads/2014/05/the-concept-of-mens-rea.jpg200px200px 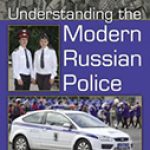 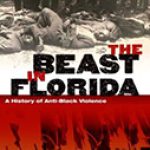 The Beast in Florida: A History of Anti-Black ViolenceBooks, Reviews in Brief