The Death Penalty And Sex Murder In Canadian History

During the period when the death penalty was a part of Canadian criminal law (1867-1976, though there were no executions after 1962) over 1500 people were sentenced to be hanged, and just over 700 of these sentences were carried out. The Death Penalty and Sex Murder in Canadian History focusses on a small subset of these cases: the 61 people convicted of having murdered while committing sex crimes.

This book has many virtues. The most readily apparent of these is the information provided about the crimes themselves. Based on contemporary newspaper accounts, legal and government records, as well as on the work of historians who have previously studied the cases, the author presents thorough accounts of what were often murky events. There are gaps in the evidence, and at times contradictions; the author addresses these directly, and provides persuasive arguments in support of her reading. Those who wish to pursue particular cases will benefit greatly from the 115 pages of endnotes – which more than compensates for the absence of a bibliography.

A second virtue of the study is the exploration of factors and influences beyond the crimes themselves that affected outcomes. Particularly interesting here are such things as the role played by developments in other countries, and the increasing importance of the rapidly developing field of psychology.

One more strength, and to this reader the most interesting, is consideration of the process which followed trial and sentencing. Before a death sentence could be carried out, the Prime Minister and his senior cabinet had to decide whether to support a sentence of death or to commute it. Based on previously sealed materials, now available from Library and Archives Canada, the author takes readers through the process that followed after any Canadian court delivered a sentence of death. In their consideration of capital cases, the Prime Minister and his colleagues were aided by a series of civil servants who presented the cases to their political masters and, it is clear, did much to determine the outcome of their deliberations.

One other point of interest for the author is whether these offenders were more likely to have their sentences carried out than were others also convicted of murder.  An attempt was made to apply statistical analysis to determine this, but the results are uneven, since the numbers involved are not large enough to yield statistically significant results across the period. However, the author’s suggestion that people convicted of sex killings were less likely to have their sentences commuted is none the less convincing.

A recent addition to the excellent series of works on the history of law that is sponsored by the Osgoode Society (and published through the University of Toronto Press), The Death Penalty and Sex Murder in Canadian History will be welcomed by readers with a scholarly interest in the subject, as well as by non-specialists. 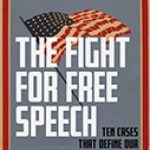