The Fight For Free Speech: Ten Cases That Define Our First Amendment Freedoms

If you had to identify only ten rulings by the United States Supreme Court that best exemplify major, macro-level principles and maxims affecting the First Amendment’s protection of free expression, what cases would they be? How, in turn, might you bring those decisions, their protagonists, and the justices who delivered opinions in them to life in a lively, colorful manner that is simultaneously scholarly yet accessible to a lay audience?

All of those cases either created or embody a general doctrine or rule that now permeates First Amendment jurisprudence. For instance, Cohen illustrates a First Amendment right to engage in offensive political speech, as well as the notion that one possesses a lesser expectation of being free from offense in a public setting, and Barnette articulates an unenumerated or implied right not to speak. Snyder, in which the Court safeguarded from tort liability the anti-gay, anti-military, and anti-family speech of members of the Westboro Baptist Church, provides rich protection for what many would consider to be hate speech, while Tinker seminally and squarely bestows to public school students significant First Amendment speech rights that, sadly so, have been chipped away by subsequent Supreme Court rulings. Lest one fails to remember the principles from each case when reaching the end of the book, Rosenberg puts them in bullet-point form in his afterword.

Of the ten cases that make Rosenberg’s cut, Packingham, a 2017 decision in which the Supreme Court declared unconstitutional a sweeping state law that barred registered sex offenders from accessing commercial social media platforms and websites, is perhaps the only sleeper or somewhat unexpected one. That said, Packingham’s relevance today—in particular, Justice Anthony Kennedy’s sweeping dicta extolling the virtues of “cyberspace” and proclaiming that online social media platforms are modern-day public squares akin to older, more traditional, and government-owned ones such as public streets and sidewalks—is immense. The deplatforming by Twitter of then-President Donald Trump’s personal @realDonaldTrump account in January 2021 brought new attention to the vast power wielded by a few private social media businesses that are not bound by the First Amendment’s strictures. How we conceptualize those platforms, Rosenberg points out, will be important as “furious debates continue about what actions social media companies should take to make their platforms better for their users and society” (p. 193). In brief, one cannot genuinely quibble with Packingham’s inclusion on Rosenberg’s list.

Rosenberg’s work is much more than merely a book-length listicle (an article revolving around a list of items), however, and this circles back to the second query at the start of this review: How does he make the cases come alive in an approachable and memorable manner for non-lawyers and those without any First Amendment background? He has a few important strategies.

For example, Rosenberg quickly captures readers’ attention by connecting and contextualizing each Supreme Court ruling to a relatively recent free-speech controversy that usually garnered significant headlines in the mainstream news media. Thoroughly unsurprisingly, Donald Trump, his policies, or his followers give rise to several of these timely pegs; Trump-related matters pop up in at least half of the chapters. These contemporary disputes provide the onramps at the start of each chapter for entering onto the caselaw highway, as well as the offramps, with Rosenberg returning to the modern dispute—sometimes in epilogue-like fashion—at each chapter’s end to help crystalize and distill the meaning and importance of the Supreme Court ruling bookended in between.

Consider, for example, Cohen v. California, decided in 1971. There, the Court protected Paul Robert Cohen’s right to wear a jacket bearing the words “Fuck the Draft” through a Los Angeles courthouse during the Vietnam War era as a form of passive political protest. The current hook with which Rosenberg both opens and ends his chapter about Cohen—a sort of wrap-around formula that he winningly uses throughout the book—involves Juli Briskman. Although her name may not ring a reader’s bell, the speech-based incident to which she forever will be linked most likely does. She is the woman from Northern Virginia who gave the middle-finger gesture to President Trump’s motorcade while riding her bike one day back in October 2017. Briskman was later fired for it by her employer after a media-captured picture went viral. Rosenberg also uses the Briskman incident to illuminate another key point: The First Amendment only protects speech against actions taken by government entities and officials, not by the likes of private employers. The uplifting epilogue here is that Briskman not only received multiple job offers when her plight became known, but that she was inspired to run for and win a seat on the Loudoun County Board of Supervisors, prevailing over a pro-Trump incumbent.

Rosenberg’s discussion of Cohen also illustrates other hallmarks and highlights of this book. One is the author’s meticulous use of endnotes that often go well beyond offering mere source citations. To wit, endnote ten in the Cohen chapter provides a brief and somewhat amusing overview of the meaning and history of the raised middle-finger gesture. In endnote nineteen, readers discover Paul Robert Cohen’s admission (confession, perhaps?) to First Amendment scholar and professor David L. Hudson, Jr., more than four decades after the Supreme Court’s ruling that bears Cohen’s name, that he “wasn’t trying to make a political statement” and that his famous “Fuck the Draft” proclamation had been placed on the jacket by a woman he encountered just the day before he showed up wearing it to the courthouse to testify as a defense witness (p. 247).

Additionally, the Cohen chapter illustrates how Rosenberg wisely includes snippets of the oral arguments in many of his chapters, with those excerpts often revealing both what the justices seemed to be thinking while hearing a case and how the attorneys were succeeding or foundering in making their cases. Although it may be a fairly well-known anecdote among First Amendment scholars, Chief Justice Warren Burger’s not-so-subtle suggestion to Melville Nimmer, Cohen’s attorney, that Nimmer not utter the word “fuck” (and Nimmer’s subsequent use of it) makes for the perfect kind of colorful morsel to keep a lay reader’s attention.

What else works in this book? The inclusion of multiple memorable factoids that even readers who are well schooled in the nuances of First Amendment case law either may have have forgotten over time or simply may never have learned in the first place. For instance, in bringing to life both the young students and their Jehovah’s Witnesses families at the center of the right-not-to-speak cases of Minersville School District v. Gobitis and West Virginia State Board of Education v. Barnette, readers learn that the last names of the children who refused to salute the American flag in each dispute were misspelled by the courts. “Gobitas” is the correct spelling of the surname of the minors in Gobitis, while “Barnett” is the actual spelling of the last name of the children at the center of Barnette. The modern-day controversy, by the way, that leads into and out of those cases is the uproar and resistance surrounding NFL quarterback Colin Kaepernick taking a knee during the playing of the national anthem. Rosenberg acknowledges the analogy is not a clean one, especially given that the First Amendment only protects against being compelled by the government (not by the NFL and other private entities) to engage in speech (in Kaepernick’s case, the symbolic expression the NFL compelled was standing for the national anthem). Yet, despite this fundamental distinction, Rosenberg aptly stresses that “since the public outcry on both sides of this controversy focuses less on what the NFL can do, and more on what the teams should do as a matter of free speech values, the Supreme Court’s decisions on whether Americans have a right to refrain from saying something are particularly relevant to this national debate” (p. 32, emphases in original).

Some other interesting factual tidbits that punctuate the book include: the fact that New York Times Co. v. United States (the Pentagon Papers case illustrating the presumptively unconstitutional nature of government-imposed prior restraints on speech) was U.S. District Judge Murray Gurfein’s very first case on the bench in the Southern District of New York; that Mary Beth and John Tinker, along with Christopher Eckhardt, “all wore black clothes to class for the rest of the school year” after they were banned from wearing black armbands to protest the war in Vietnam (p. 78); and that attorney Alan Isaacman playfully winked at his client, Larry Flynt, as Isaacman sat down after making his successful argument to the Supreme Court in Hustler Magazine v. Falwell that shielded parody from tort liability.

While much of the legal ground and original research in The Fight for Free Speech has been tilled by other scholars and authors—Rosenberg’s endnotes readily acknowledge the sources from which he draws support, and sometimes he goes a step further to refer to the sources in the text itself—his telling of the backstories and turning of the protagonists into often colorful characters makes for lively reading. And by pulling all ten case together in one easy-to-read volume, Rosenberg achieves his goal, at least in this reviewer’s mind, of “providing a user’s guide for combating ignorance and bringing an understanding of free speech law to all” (p. 3).

This book would make for excellent reading around which to design and teach an undergraduate-level seminar on the First Amendment freedom of speech. It is easy to imagine assigning an edited version of each of the ten key cases, accompanied by the corresponding chapter in The Fight for Free Speech, as weekly readings. Indeed, if the fight for free speech is to be won, then one of the battles along the way that must be fought is in the classroom. In a world that now seemingly privileges the STEM components of an education (science, technology, engineering, and math), civics lessons featuring the First Amendment are more vital than ever, particularly as young people use the tools of speech—rallies, marches, and demonstrations, for example—to advocate for racial equality and social justice. 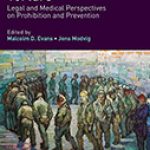