The Districts: Stories Of American Justice From The Federal Courts

The subtitle of THE DISTRICTS is both informative and misleading. It is informative because it alerts readers that the focus of the book is on stories about people. The author, Johnny Dwyer, is a journalist, not an academician, and that distinction shows in the approach he takes in this book. His stated purpose is to describe “the impact of the law upon the lives of people who make their work in it, and those who find themselves at odds with it.” (11) He succeeds admirably in his description of how persons accused of federal crimes are impacted by that experience; he is less successful in explaining how the people who work in the federal courts are impacted.

The subtitle is misleading because it creates the impression that the stories related in the book are coming from the federal courts as a whole. Instead, the stories come exclusively from two federal courts – the Eastern District of New York (with its main office in Brooklyn) and the Southern District of New York (with its main office nearby in Manhattan). The decision to focus only on those two districts is understandable, in light of the fact that the author lives in New York City and has followed the courts there for years.

Dwyer stresses that these two districts are two of the most important in the country. “Prosecutors in the Eastern District rank in prestige among the nation’s best, along with the Eastern District of Virginia and the District of Columbia. But everyone sits in the shadow of the Southern District of New York…. To be …. the U.S. Attorney in Manhattan is to be the most powerful law enforcement officer in New York City – arguably the most powerful prosecutor in the country, undoubtedly the most autonomous.” (15) (Recent events involving President Trump, Attorney General Barr, and former interim U.S. Attorney Geoffrey Berman might call the latter comment into question).

Dwyer tells his stories by examining five types of criminal cases – organized crime, drug offenses, white collar crime, terrorism, and public corruption. The organized crime section focuses primarily on two cousins, Gaspare Valenti and Vinny Asaro, who were lower level operatives in organized crime. Out of financial desperation, Valenti became a government informant and helped develop a case of murder against his cousin. Interestingly, Asaro was acquitted of the murder charge, but convicted two years later of a vicious assault resulting from a road rage incident. The Valenti-Asaro story tells us a great deal about the ways in which organized crime cases are prosecuted. This story, as well as a few other, shorter stories about organized crime prosecutions, demonstrates the problematic deals prosecutors make with some very bad actors in order to obtain the testimony needed to convict other very bad actors.

The primary drug story focuses on Chevelle Nesbeth, a 19-year-old Jamaican-American college student at Southern Connecticut State University, who was caught smuggling 2 ½ pounds of cocaine into the country from Jamaica in the handle of her suitcase. Her case turned on whether she knew, or should have known, that there was cocaine in her luggage. Dwyer uses

Nesbeth’s story to inform the reader about the central importance of the federal sentencing guidelines in these cases, raising questions about their fairness. More importantly, he discusses the “collateral consequences” of a felony conviction beyond the probation or incarceration that is awarded. Dwyer refers to 48,000 sanctions, such as ineligibility to vote or to serve on a jury, that convicted felons might be subjected to, something akin to “civil death.” Nesbeth, for example, aspired to be a school teacher, but her conviction would destroy her chances to pursue that profession. The judge in her case concluded that the collateral consequences of her conviction were sufficient punishment. The result was a sentence of probation for a year, with no incarceration.

The white collar crime section focuses primarily on the prosecution of Stefan Lumiere, an upper level administrator in the management of a fund within a larger hedge fund called Visium. Lumiere assisted the fund managers in engaging in a practice called overriding. The practice involved hiring an outside broker to assess the value of the funds higher than their market value, so the higher assessed values could be quoted to fund investors. When Lumiere left the hedge fund and it became apparent that criminal prosecutions might eventuate, he began taping conversations with people in Visium, with a view toward cooperating with federal officials. The problem was that another Visium employee beat him to the punch, so that federal prosecutors did not need Lumiere’s information. Lumiere ended up with an 18-month prison sentence.

The terrorism section focuses on several stories and may be the most interesting section in the book. The primary story is that of Imran Rabbani, a young Pakistani Muslim living in Queens who finds himself being attracted to jihad, primarily because of the influence of some friends. Imran is ultimately charged with material support of terrorism. The government agreed to drop the more serious charge against Imran, leaving only a charge of conspiracy to impede a federal officer. That charge carried a potential sentence of just more than three years in prison, but Imran received only a 20-month sentence. Since he had been in pre-trial detention for 14 months, he had only six months to serve after sentencing. Imran’s case demonstrates that, in spite of the frequently weak cases brought against suspected terrorists, the pressures to plead guilty are substantial. As a result, trials are rare in these cases. There is also an implication that many of these terrorism cases involve defendants who seem to be somewhat ambivalent about their commitment to terrorist causes (and also quite willing to turn against their co-conspirators when they are caught).

The public corruption section is, by far, the briefest of the five sections of the book. It focuses on the trial of New York State assemblyman Sheldon Silver and Arleen Phillips, one of the jurors in the case. The case demonstrates the difficulty of proving criminal intent in these cases, because of the almost natural relationships that exist between the politician charged with corruption and the person with whom the politician allegedly had a corrupt relationship. Silver was convicted, although Juror Phillips initially harbored substantial doubts about his guilt and felt that other jurors failed to respect her opinions about the government’s evidence.

Dwyer seems to insinuate bad faith on the part of the U.S. Attorney in the Southern District at the time, Preet Bharara. Dwyer indicates that “[t]he Silver trial presented an opportunity for Bharara to play the role of political reformer.” The insinuation of possible bad faith derives from Dwyer’s discussion of how earlier New York politicians – Samuel Tilden, Theodore Roosevelt, Thomas Dewey, and Rudy Giuliani – had used prosecution of public corruption cases as a springboard to higher office.

The Second Circuit Court of Appeals overturned Silver’s conviction on the basis that the trial judge had given the jury an erroneous instruction that included noncriminal behavior in its definition of the crimes charged. Silver was tried and convicted again, but apparently the book went to press before the appeal of the retrial conviction was heard.

This is an interesting book. It is well-written and tells engaging stories. Nevertheless, it has its flaws. One of the shortcomings of the book is Dwyer’s penchant for beginning one story, diverting to the telling of another story, and then returning to the original story. This sometimes makes it difficult to keep straight the facts of the original story. This is especially problematic in the section on terrorism, where Dwyer tells at least three lengthy, complicated stories. All of the stories involve foreign names that most readers are likely to find difficult to remember and keep straight. There are also a number of recurring actors in the book – judges, prosecutors, and defense attorneys. The reader often wants to be reminded about where a character had appeared before, but the book has no index. This interferes significantly with the reader’s ability to keep stories straight and to remember where a character had appeared before (especially judges).

Later, in his discussion of an allegation of governmental misconduct made by an ancillary figure in the Stefan Lumiere case, Dwyer indicates (appropriately) that such officials are protected from civil liability by qualified immunity. He states that this defense requires the suing party to prove that the government officials “knowingly broke the law.” (170) In fact, the Supreme Court rule only requires proof that government officials violated “clearly established law.” (Harlow v. Fitzgerald; Anderson v. Creighton). If the government officials knew or should have known that their actions violated clearly established law, the defense of qualified immunity fails.

There is an interesting sidebar to this book. As indicated earlier, some characters appear repeatedly throughout the book. One of these recurring characters is John Gleeson. He is mentioned initially as a young Assistant U.S. Attorney who successfully prosecuted Mafia boss John Gotti for murder. He was later appointed a federal judge. Judge Gleeson was so concerned about the harmful effects of the collateral consequences of felony convictions in some drug cases that he expunged criminal convictions in a few cases (a practice that the Second Circuit declared federal judges lack the authority to do). Later, Gleeson is mentioned as a judge who raised serious questions about DOJ’s practice of engaging in deferred prosecution agreements involving financial institutions. Judge Gleeson later retired from the bench and went into private practice. He has been in the news recently as the lawyer engaged by Judge Emmet Sullivan to write an amicus curiae brief on the issue of whether a federal judge must accede to a DOJ request to withdraw charges against a defendant (in this case, Michael Flynn) who has pleaded guilty to those charges. Judge Sullivan’s decision on DOJ’s request was still pending at the time of the writing of this review. 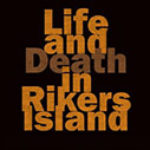 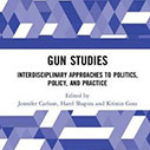