Life And Death In Rikers Island

In his Introduction to Life and Death in Rikers Island, Homer Venters, former Chief Medical Officer and Assistant Commissioner of Correctional Health Services for the Health and Hospital System, New York City, declares that “[t]he health risks of incarceration are often connected to the very profiles of people whom we seem hungry to lock up. People of color, people living in poverty, people with mental health and substance use problems…and we’ve designed jails and prisons to expose them to major health risks.” As an official responsible for the health care of those incarcerated at Rikers Island, Venters spent over eight years observing and reporting on this coupling of vulnerable populations and systemic risks.

Throughout this slim, yet devastatingly powerful monograph, Venters demonstrates the linkages between the already poor health of those entering our jails, and the health risks incarceration imposes, e.g., blocked access to care, sexual and physical assault, and solitary confinement. Venters is an ardent advocate for transparency about the systemic risks of imprisonment, with the goal of improving treatment services within jails and mitigating related health issues upon release. While on the job, his advocacy put him in direct conflict with powerful players (including the subsequently incarcerated President of COBA, the powerful Correctional Officers’ Benevolent Association), a position that generated both subtle and outright retaliation. Working around significant administrative resistance, Venters and his team successfully designed and implemented assessment protocols, information and tracking systems and, based on the resultant empirical evidence, offered numerous recommendations for reducing injuries and deaths. The health staff, however, was fully cognizant of the milieu in which they labored: jails are spaces designed to be hidden and inaccessible, and the priority of security is readily invoked to retain power and to conceal the truth.

The author is a physician, and presents a wealth of medical terms and conditions in a clinical and almost detached manner. To avoid the revelation of confidential or protected information, his data were collected primarily from newspaper and magazine accounts, court filings, and published oversight reports. The succinct presentation becomes difficult to read at points, not because the science is dense, but because the facts and numbers convey horrific conditions and acts of brutality and indifference. The quantitative data become even more disturbing because they are always interwoven with stories of named individuals who have suffered greatly or died. For example, in relaying the story of 26-year-old Robert Hinton, who was hog-tied, dragged into his cell, and beaten by correctional officers, Venters describes how this type of restraint of the upper extremities, combined with “pressure on the chest when officers sit or lay on top of someone” (p.29), is associated with death by “positional asphyxiation”—which infamously contributed to Eric Garner’s cries of “I can’t breathe” before he was killed on the street by police officers in 2014 (and by George Floyd being similarly killed in 2020).

The first four chapters consider deaths, injuries and violence, solitary confinement, and serious mental illness, and how they intersect in the jail environment. They lay the groundwork for the second half of the book, which provides deeper analyses of critical topics facing all carceral sites, including the widespread, commonly known, and essentially accepted sexual assault of inmates. The very role of correctional health is at the center of another discussion that considers the pressures of dual loyalty, in which the security setting negatively influences providers’ actions and ultimately, health outcomes. Nothing short of the institutionalization of a human rights mentality and approach is required to offset such pressures.

A particularly poignant review of the arrest, detention and death of teenager Kalif Browder (Chapter 6) is emblematic of the tragic consequences of racial inequities specific to incarceration, and embedded in each component of the American criminal justice system. The final chapter addresses the critical need for ongoing and full transparency and enlightened governance, and the Conclusion poses the question currently under public debate: “What to Do With Rikers?” An Appendix provides two tables, the first of which lists all the cases described, their outcomes and the legal resolution (including the financial cost to New York City). The second table consists of seven health outcomes and associated variables that all jails should track and report publicly with standardized rates.

Venters’s purpose is to document the harms of criminal justice exposure, and the flaws in the quality, availability and coordination of correctional health care. He also hopes to inspire mission-driven staff to strive for enhanced services and improved data collection so that “the tendency to harm the incarcerated is measured, reported, and minimized” (p. 154). In detailing the epidemiology of brutality at Rikers he is consistent in his argument that the problem is not about individual “bad apples,” but rather the corrosiveness of a culture that encourages violence as a control mechanism and a system that fails to prevent or respond to the abuse of power. Venters empathizes with officers and staff who must co-exist with angry and often mentally ill prisoners within decrepit facilities, lacking the basic tools, such as modern information systems, to do their jobs well. He notes how quickly systemic failures can become individualized and personal in this context, and contends that the provision of alternative and humane tools can improve safety and job satisfaction. One example of such a tool is the Department of Corrections’ Crisis Intervention Team (CIT) initiative that has reduced the use of force by calling on pairs of trained security and mental health staff to jointly de-escalate volatile situations.

This book is about Rikers, and is in many ways a New York-specific story. Yet, by detailing the dysfunctional health system of one particular jail, Venters reveals the human rights concerns of mass incarceration in the United States and speaks to the difficulties and precariousness of providing decent health care in jails and prisons everywhere. Knowing the details and specifics of what occurs and why, it is possible that systemic reforms can be implemented in personnel training, building design, and most important, correctional culture. The book is one official’s honest and critical examination of an important yet understudied topic. It will be of interest to researchers, health care providers, and criminal justice reformers, as well as students and the general public seeking empirical data on the health risks incarceration poses. 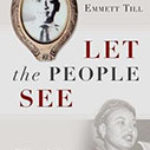 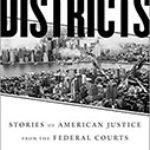 The Districts: Stories Of American Justice From The Federal CourtsBooks, Full Reviews