The Murder Of Professor Schlick: The Rise And Fall Of The Vienna Circle

On the morning of June 22, 1936, Dr. Moritz Schlick, one of Austria’s most renowned and influential philosophers, left his apartment to begin a meditative walk before his pending class lecture at the University of Vienna. A psychotic former student, now in his early thirties, shot the professor four times (two bullets pierced the heart) at point blank range. “Now you damned bastard, there you have it!” was the cry of the assailant before he was apprehended by authorities (173). Schlick was dead.

In this smart general audience tome by David Edmonds, The Murder of Professor Schlick, we uncover the reason for the shocking murder and the anti-Semitic environment which shaped society’s response. German-born Schlick had helped turned his adopted Vienna into a hot spot for philosophical inquiry over the preceding years; his leadership over a motley assortment of mathematicians, logicians, and philosophers established a movement—the so-called Vienna Circle– that had “shaken the world of philosophy” through its focus on the scientific conception of the world.

As a teen, this author professes to have had a voracious appetite for reading and, like so many precocious adolescents (or maybe all adolescents), held a keen skepticism of the wisdom of his elders. He inhaled A.J. Ayer’s Language, Truth, and Logic, which, among other insights, dismissed “God as meaningless.” What the future scholar did not realize, however, was that many of the concepts in Ayer’s work were recycled from the Vienna Circle. So, there is a long-standing connection between the author and his exquisite book, which is really much more about the Vienna Circle than about the grisly murder of Professor Schlick. Readers learn that Vienna Circle adherents were “logical empiricists,” or what sometimes are called logical positivists. Positivism, according to Edmonds’ definition and assumptions throughout the book, is that belief that knowledge comes from the natural world, “and includes the idea that we can have positive knowledge of it.” So, together with the utilization of modern logic, positivism was implemented to construct a novel philosophy emphasizing science over religion, and knowledge based on sensory experience. Commencing in the early 1930s, it became “the most ambitious and fashionable movement in philosophy.”

While much of that school’s insights and approaches are now dated or discredited, the Vienna Circle continues to influence scholarship. Edmonds says, “[t]he Circle might not have had all the answers, but they posed most of the right questions—questions with which philosophers continue to grapple.” Edmonds also wants us to see the inextricable role as a “place” that Vienna plays in its eponymous school. The city was bursting with creativity and originality during this time. Modernism was established here, and it was home to Sigmund Freud, journalist Karl Kraus, architect Adolf Loos, writer Robert Musil, and playwright Arthur Schnitzler. But we also have the wretched mis-en-scène of the Great Depression and nascent fascism.

The author should be applauded for his ability to dig meaningfully into the Circle’s then quite threatening philosophy – crucially including the backdrop of rising extremism in pre-WWII Europe – without losing the general audience reader. Bravo! 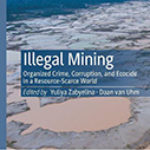 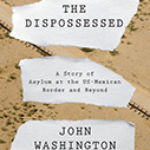 The Dispossessed: A Story Of Asylum At The Us-Mexico Border And BeyondBooks, Reviews in Brief