The Poisoned City: Flint’s Water And The American Urban Tragedy

Government officials replaced safe water sources with contaminated water sources for tens of thousands of people living in Flint, Michigan, from April 2014 to October 2015. Overwhelming evidence indicated that the officials knew the water was potentially harmful to residents’ health and property.

This unfathomable disregard for the residents of Flint sparked national outrage and prompted criminal charges as well as multiple civil suits. It also motivated activists, inspired investigative journalists, and struck fear in the hearts of many other communities that likewise have ample reason to believe that their sagging water infrastructures may be compromised. Indeed, as the Flint tragedy’s woeful impacts continue to manifest themselves in the form of enduring adverse health consequences for its population – especially its children – the fullest meanings of Flint will unfold as well.

These meanings at present are uniformly negative. Flint has become a grim noun, adjective, and verb. A “Flint” is a hollowed out American city, barely held together by the civic pride and tenacity of remaining members unwilling to abandon their town and neighbors, but with a dismal trajectory along all axes of municipal well-being and prosperity. In 1960, the population of Flint was over 200,000. Today, fewer than 100,000 people reside there. Over 40% of the population lives below the federal poverty line. Crime rates are high. Statistics that measure overall health are low. Economic prospects are bleak. And its multifaceted misery has a stark, racially disparate impact: over 50% of Flint residents are African-American.

A “Flint harm” is an injury to an indispensable source of life that seriously compromises human health and safety. The water delivered to Flint residents was outrageously bad. The contamination included E. coli and disinfection by-products. Water corrosiveness leached lead from the pipes and fixtures into potable water, and increased the likelihood of Legionella contamination. Lead is a neurotoxin and probable human carcinogen that affects children more severely than adults; children may absorb 40% to 50% of orally ingested water-soluble lead, whereas adults only absorb 3% to 10%. The long-term health consequences for Flint children thus are particularly horrifying, and not fully known.

“Flinting” is a disgraceful act of official and outrageous governmental knowing indifference to the well-being of its own people along multiple dimensions – indifference underscored by socioeconomic and racial injustice that pervades environmental law and policy. Flint’s state and municipal stewards failed its residents in such profound ways that the State of Michigan assumed emergency management of the city in 2011. Yet these emergency managers too failed Flint. The water crisis thus was a particularly sickening- in every sense- example of outrageous government mismanagement, though only one component of foundational violations of the basic municipal and state duty to promote the public interest. The Poisoned City tells this tale.

Anna Clark is a Detroit-based journalist who writes an accessible, clear-eyed account of the harrowing chain of events that resulted in the contamination of Flint water. She navigates well the intricacies of water science, the history of water infrastructures, and the Byzantine layers of government regulation of the water supply in a city under dire financial straits. She also grasps the inadequacy of law focused on intentional harms, and thus is ill-equipped to address how institutional racism operates, including in the realm of environmental justice.

Readers seeking to understand the etiology and scale of the Flint crisis and its multiple vectors thus should begin with Clark’s important and well written overview. Law-trained readers seeking an overview may supplement her account with two other texts: the Report of the Flint Water Advisory Task Force –composed of five members who possessed public policy, public utilities, environmental protection, public health, and health care experience who conducted an independent review of the Flint water contamination problem –and the United States Court of Appeals for the Sixth Circuit’s opinion in Guertin v. Michigan, 912 F.3d 907 (6th Cir. 2019) upholding the lower court’s refusal to dismiss cases alleging that the government denied residents’ fundamental right to bodily integrity.

Clark’s excellent book also brings to light the tough fiber of the human heart. She showcases the determination of those who first alerted officials to the dangers of the unsafe water, and then doggedly pursued political and legal remedies and public accountability. Unlike the officials who abandoned Flint, these civic-minded actors remained committed to Flint residents and to environmental justice.

Their struggle continues, as the adverse health consequences and lawsuits seeking remedies for these consequences roll on. The Flint tragedy is hardly over; its full dimensions may not be fully apparent for decades.

On the contrary, the intersection of racial and socioeconomic injustice and environmental tragedies is both common and a national disgrace. What happened in Flint is merely the ominous tip of a very large and growing iceberg. One Natural Resources Defense Council report suggests that millions of Americans may be exposed to unsafe lead levels. Lead poisoning and other serious water quality risks already have been reported in East Chicago, Indiana Hoosick Falls, New York, and elsewhere. In California’s Central Valley, one can map the history of racial segregation directly onto its zones of the most unreliable water systems, with inadequate and often unclean drinking water.

To be sure, the unsafe water story is not only relevant to minority or cash-strapped communities. Water law expert Robert Glennon has observed: “Across America, water and sewer plants, pipes, and valves are reaching or beyond the end of their useful lives.

.. Flint officials acted no differently than those in thousands of other communities –high- and low-income – who are neglecting the promise of government that all residents have the right to clean water.” The literally toxic combination of government ineptitude and multi-vectored resident vulnerability therefore eventually will affect millions of Americans if the water infrastructure frailties are not addressed. But as Clark appreciates, structural racism and environmental harms often travel together. Hardest hit thus often will be zip codes with higher concentrations of lower-income minority populations, shabbier infrastructure, fewer resources to make needed improvements, and ever declining property values when the water quality problems become manifest.

For all of these reasons, the Flint water disaster is of profound relevance across the country, particularly at a moment in which the federal government is stripping away environmental regulation in a short-sighted effort to reduce federal legal constraints on private and state actors. “What’s in your water?” should be a question all Americans are asking. The Poisoned City explains why.

The book also may give reason for hope amidst this sorrowful tale. Key actors in Michigan and beyond defied multiple headwinds to push for needed reforms, insist on public awareness of the official defaults, and vigorously pursue aggressive civil and criminal theories to seek legal remedies for the harms visited upon Flint’s people. The narrative shows how citizen responsiveness and organized resistance can stir political and judicial action, and may deter future comparably outrageous government negligence. In this way, Flint ultimately may regain positive meaning.

At the least, Flint may become shorthand for a change movement that results when consciousness about the pervasive risks of unsafe tap water rise and people refuse to accept these risks. Moreover, citizens everywhere may follow the Flint activists’ example and demand new environmental policies, rebuilt water infrastructures, and greater protection of this essential resource. Officials will ignore warning signs about water safety at their peril, including legal peril.

At the most, Flint may even become shorthand for a new, legally enforceable right to clean water. State laws and constitutions may include an affirmative right to clean water, not merely to freedom from knowing and outrageous acts that cause bodily harm. A future United States Supreme Court might find such a positive right in the federal Constitution’s due process-based promise of life and liberty. This in turn could open the door to a new era of other positive rights in the realm of environmental justice.

Such an evolution in the meaning of Flint –and of liberty itself — would not undo the grave harms already inflicted on the beleaguered residents – especially the children. Nevertheless, it might prevent others from suffering a similar fate and thereby make the sacrifices of those still fighting the Flint fight worth enduring. 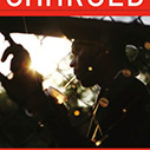 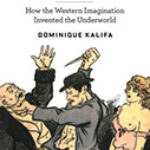 Vice, Crime, And Poverty: How The Western Imagination Invented The UnderworldBooks, Full Reviews