Vice, Crime, And Poverty: How The Western Imagination Invented The Underworld

At the core of Dominique Kalifa’s cultural history is the title triad, “three closely interlaced traits” that together define the bas-fonds, or lower depths as simultaneously a place, a state of existence, and a collection of damned individuals. The task he sets himself is also threefold: to trace the rise and decline of the ‘social imaginary’ of the bas-fonds from the early 19th to the mid-20th century; to disentangle the threads of vice, crime, and poverty whose confused interrelationship continues to define this imaginary; and to establish the relationship between the representations that formed it and the material historical conditions that inhered within the primarily urban spaces of those representations, known in French as the bas-fonds and in English, usually, as the slum. As a bass note throughout runs the awareness that, once established, imaginaries never disappear; their representations and distortions are often appropriated in new contexts. Kalifa’s book was first published in 2013; however, I have little doubt that he would regard today’s populist rhetoric around migration as a contemporary example of the ideological power of an imaginary within which vice, crime, and poverty are inseparably confused and taken as the existentially defining condition of an otherwise heterogeneous population.

Vice, Crime, and Poverty is structured in three parts. In the first, Kalifa presents the prehistory of the bas-fonds and the conditions that brought it to prominence as a dominant imaginary of the 19th-century West, in terms of poverty, vice, and crime, respectively. The first chapter outlines the crisis in urban conditions brought about by the industrial revolution and the first massive migration from the countryside that packed slums from Paris and London to, later, New York, Chicago, and Buenos Aires. The second explores the mythic resonance of ‘sinful’ cities such as Sodom, Babylon, and Rome and the moral calculus they underpinned between a ‘deserving’ and ‘undeserving’ poor. The third chapter treats of the new concept of ‘dangerous classes’ and the relationship among material conditions, social unrest, and fear of the Other. In the second and strongest part of the book, Kalifa taxonomizes representations of the bas-fonds into “four remarkable scripts that organize the stories” told about them: “Empire of Lists,” the “inventory or classification” that results in often obsessively detailed catalogues and categorizations of underworld types and characters; “The Disguised Prince,” narratives of individual ‘slumming’ by disguised aristocrats or heirs, and by philanthropists, reformers, and journalists of descent into and return from urban underworlds with knowledge and truths of the ‘other world’; “The Grand Duke’s Tour,” the phenomenon of dark tourism to the bas-fonds to observe and thrill to its unforeseen spectacles; and “Poetic Flight,” the Romantic creed that the bas-fonds holds “something about life that cannot be found elsewhere,” be it authentic experience, transgression of authority, or escape from the dullness of everyday life. In the final section of the book, Kalifa suggests postwar changes that led to the decline of the bas-fonds imaginary, while at the same time sketching examples of ways in which its representations have persisted to the present day.

Vice, Crime, and Poverty succeeds admirably well in synthesizing and organizing an enormous body of primary sources and an equally large and multidisciplinary body of scholarship around its vast topic. The four central chapters provide a strong template for future research into the central forms taken by bas-fonds representations and their social ramifications. Kalifa is keenly aware of the many pitfalls presented by this charged topic. The concept of “social imaginaries” as “a coherent and dynamic system of representation of the social world, a sort of repertoire of collective figures and identities … [that] describe the way in which societies perceive their components … [and that] produce and institute the social more than they reflect it” (7) is an effective tool to approach social phenomena such as poverty and misfortune that otherwise, he concedes near the book’s end, “are not representable” (224). Certainly, Kalifa recognizes the damage caused by the ways in which this imaginary makes poverty, crime, and vice indistinguishable from one another, allowing only a single Manichean judgment of those worth pulling from the lower depths and those deserving condemnation to it. He is equally clear about the need carefully to evaluate the use-value of this imaginative material as historical data and the degree to which the force of a social imaginary potentially compromises social scientific discourse as much if not more than literary ones. He recognizes how strongly prior representations shape the understanding of newer social phenomena to which they only partially apply. He allows that a primary function of this imaginary is not to define the bas-fonds so much as to define “normalized society” in terms of whatever the bas-fonds is not. And he acknowledges the psychological complexities posed by exploring and writing about these phenomena given the affective power roused by the “contradictory desires” and taste for transgression that modern society is only able to imagine within their marginal spaces.

Where, for me, Vice, Crime and Poverty does fall short in its ambitious program is in its tacit acceptance of a strong division between center and margin, between right and wrong, and between rich and poor as ontological categories. Through the book, the bas-fonds remains a world apart, and the analytic perspective remains from outside and from above. It is hard, of course, to argue against the modernizing impulse behind this imaginary and its ultimate goal of eliminating poverty, vice, and crime. At the same time, the more one recognizes that the bas-fonds is not about these three phenomena at all, but about normalizing a world in which they would not exist, the more one must also acknowledge that we will not be able to alleviate misery until we find a way to extricate our complex affective investment in this imaginary from those material conditions of poverty, vice, and crime within it that actually hold no attraction whatsoever to anyone. Kalifa, for instance, does not ignore race and he does not ignore the imbrication of the bas-fonds with colonialism; however, he does not find a way to give them a voice, an agency, or an imaginary other than the current one in which they have none at all, only an identity as Other. Similarly, by fully discounting the possibility of the ‘poor’, the ‘vicious’, or the ‘criminal’ either participating in the production of this imaginary or finding ways to appropriate or live within its spaces on something like their own terms, he precludes the possibility that the positive desires and forces that occasionally surface in the bas-fonds imaginary might in fact also express, if in distorted fashion, those terms. Kalifa’s book is top-down history of the highest order, but in applying top-down history to the lower depths, it risks simply perpetuating over again the imaginary it so comprehensively and expertly dissects.

Let me conclude with a few words about the English translation of Kalifa’s book, originally published in French in 2013 as Les Bas-Fonds: Histoire d’un imaginaire. The English title makes two significant changes. The first is from the geographically based usage bas-fonds (literally, “lower depths”) to the mythically derived underworld. ‘Underworld’ seems to have been chosen as the closest English equivalent of a term widely used in French but much less in Anglophone circles. Unfortunately, the translation exchanges the important spatial orientation of the original for a more symbolic focus that does not do justice to Kalifa’s careful attention throughout to spatiotemporal specificity and the importance of urban sites and locations in the bas-fonds imaginary. The second change is to an expository subtitle from the pithier and more accurate original, Histoire d’un imaginaire (History of an imaginary). This change presents the book more as a literary study than a cultural history and vitiates the centrality of ‘social imaginary’ to Kalifa’s approach. These infelicitous changes are symptomatic of the unevenness of the translation, which frequently misreads the French in ways that strongly alter its meaning. So, for example, the title of chapter 10, “Les ressorts [springs, resiliencies] d’une fascination” becomes “Roots of Fascination”; Paris ignoré becomes Forgotten Paris rather than the more precise Unknown Paris. Some of these problems can be put down to poor proofreading (“dammed” rather than “damned” for damnés [29], “penny diners” rather than “penny dinners” for dîners à un sou [202]) or to a misguided desire for accessibility (“guitar chords” rather than the cognate “bandoneons” for bandoneónes, the concertina used in Argentine tango and a staple of the imaginary of the Buenos Aires bas-fond). However, when the translation literally reverses (“from which death came more frequently” [178] should actually read “from which death came less frequently”) or garbles (“that katabasis (underworld) into which every hero since Greek Antiquity had to descend” [17] mistakes an action for a place—a katabasis is a physical descent not an underworld) the meaning of the original, the reader begins to second-guess each sentence they are reading, and thus the arguments of those sentences. It is a shame that a book as informative, as capacious, as reflective, and as carefully written and argued as Les Bas-Fonds did not receive the English version it deserved. 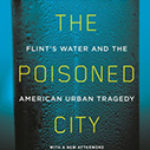 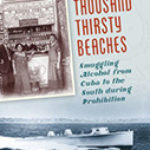 A Thousand Thirsty Beaches: Smuggling Alcohol From Cuba To The South During ProhibitionBooks, Full Reviews