The Puzzle Of Prison Order: Why Life Behind Bars Varies Around The World

All prisons are designed with the same purpose of limiting the incarcerated individuals’ freedom, and it has been claimed that all prisons share certain characteristics. This idea is the foundation of Goffman’s (1961) description of “total institutions”. Goffman argued that many fundamental similarities can be found across a range of very different institutions, not just prisons, but also other types of institutions such as psychiatric hospitals, large ships, and military camps. There are obvious differences between a prison and a psychiatric hospital, but according to Goffman, there is a core that is the same. Sykes (1958) also argued that all prisons in some ways are fundamentally alike.

On the other hand, it is also true that prisons around the world vary greatly. Among other things, they vary in size, location, governance level and in the range of control tools and techniques available to them, and the subsequent deployment of these. In The Puzzle of Prison Order: Why Life Behind Bars Varies Around the World (Oxford University Press, 2020), David Skarbek explores the basic features of these similarities and differences across a diverse range of prisons. The author ambitiously sketches a categorical model based on an impressive literature review of ethnographic case studies, seeking to illustrate why prisons’ regimes differ so radically across the world and through time. The model attempts to increase the explanatory power across different ethnographic prison cases, identifying factors that can assist in explaining, or perhaps predicting, variations in social order across these very different cases. His analysis draws upon a variety of previously published ethnographic studies from Central America, the US, the Nordic countries, and the UK, exemplifying radically different penal institutions and systems. Skarbek theorizes that where prisons lack high quality internal governance institutions, extra-legal institutions emerge according to demand in order to maintain social order. The model characterises extra-legal institutions into four phenotypes: centralised or decentralised co-governance, centralised or decentralised self-governance, minimal or obsolete governance, and official and efficient governance.

The studies used for explaining minimal governance and official governance are ones that do not fit easily into single categories. Nordic prisons are so well officiated that it makes extra-legal organisation obsolete – the author categorises these as a logistical best-case scenario where the management officials have the resources and willingness to provide satisfactory governance. Yet Nordic prisons still contain forms of decentralised governance: prevailing social norms, the importance placed upon local reputations and less overt means of maintaining social order (“low social distance”) amongst the incarcerated population are present in Skarbek’s analysis.

The decentralised mechanisms used by the incarcerated in Nordic prisons are reminiscent of those Skarbek describes as being common to English and Welsh prisons. For example, maintaining civility in interactions and relationships with correctional officers is crucial. External social networks and a higher likelihood of serving time with one’s peers influenced internal social expectations and behaviour, and social exclusion appeared to be preferable to physical violence when dealing with undesirable behaviour amongst fellow inmates. Individuals likely feel less vulnerable when these mechanisms, together with the high quality of governance, ratio of officers per population and the relatively privileged conditions maintained in Nordic prisons, help to keep the overall rate of violence low. Fear of reprisal from correctional officers also plays a key role in maintaining a relative degree of non-violent social control in Nordic prisons, according to Skarbek. It is interesting to consider whether Nordic prisons and the decentralised mechanisms described are in some way an example of “self-governance”, although not to the same degree as English or California prisons, due to the efficacy of official leadership.

The Nordic examples explored in Skarbek’s analysis may indeed be more nuanced than at first glance, although they are arguably outliers when examining the bigger picture of prison social order across the globe. The cases examined in the chapter on “Nordic exceptionalism” are nowhere near as extreme outliers as the example given to illustrate the complete opposite of satisfactory governance (and more), however: the Andersonville POW camp during the American Civil War is used to illustrate the concept of “minimal governance”. The dystopic case of Andersonville is possibly best summed up as a complete breakdown of social order on all fronts — where the disintegration, terror and hopeless conditions made governance of any form seemingly futile — is the example Skarbek uses to explain “minimal governance”.

Skarbek’s analysis of the Andersonville stockade raises interesting questions. This institution was not really a prison in the strict sense of being legal, so why not include other kinds of total institutions in the framework, such as concentration camps or Gulags? Or, moving even further away from prisons, but for the sake of exploring possible consequences of extreme governmental neglect and parlous living conditions as in the case of Andersonville — why no favelas? Andersonville is a useful case study in systems failure but does not fit as neatly with the governance model as the other cases in our opinion. The ultimate conclusion that the Andersonville case explains best is that it is not only the lack of efficient governance that is key for the development of extra-legal institutions in prisons. Access to resources, location, prisoners’ own perception of time and their sentence, and cost-benefit analyses appear to be equally important motivators for developing extra-legal institutions. More generally, the book is filled with insights into the relationship between central governance and more informal alternative governance strategies that are not necessarily prison specific, which may be a good thing, depending on what you are looking for.

The author does, however, concede that Gulags and similar scenarios may require a fifth category, “oppressive governance”. There appears to be room for expansion of the model in this way, although one may need to differentiate between repressive governance with a lacking of interest in prisoners’ needs (as is arguably the case in some modern prisons) and totalitarian governance rooted in motives beyond pure imprisonment of lawbreakers, such as Soviet Gulags and Nazi concentration camps, in order to further analyse extraneous factors that seem to lead to different types of governance. This expansion would, however, remove the analysis even further from prisons in the strict sense.

Methodologically speaking, Skarbek is clearly breaking new ground with his new type of ethnographic metanalysis. Ethnographic studies normally publish only a fraction of the data gathered. For every published ethnographic study on prisons, there are hundreds or even thousands of pages of raw data that will never see the light of day. This begs the question: if Skarbek had performed all the studies the book covers himself, and then written an overarching analysis, what would have been different? The short answer is, of course, that this would be impossible – far too resource intensive. Skarbek has relied upon reading others’ analyses and doing so, highlighted pieces of data that would have originally been intended to make up other arguments. The resulting model is concise and tidy, which is an advantage because it makes it easy to use, but it is worth bearing in mind when reading that this may be a result of having access to only a tiny subset of the data. Hypothetically, full access to all the raw data from the original studies might have supported Skarbek’s argument, but it would not be unreasonable to expect that things would also would have become much more complicated. Nevertheless, it is very encouraging to see that previously published studies can be further developed and re-utilised in this manner.

This book will likely have a wide appeal and be a useful resource to criminologists, sociologists, political scientists, and anthropologists alike, as well as to individuals working within the criminal justice system who wish to understand more about the underlying mechanisms of social order within prisons. Penologists who work with qualitative data on prisons in particular can use the book as a fountain of inspiration when they plan new research projects. Skarbek presents interesting dilemmas for such researchers while emphasising the importance of qualitative and ethnographic data on prison life for understanding social order and systems at play within prisons. His theoretical framework for investigating variations in prison social order has a great deal of potential for use by academics and students around the world who seek to analyse prison governance institutions.

The specific questions discussed throughout Skarbek’s book, however, should not limit the scope of future research inspired by his framework. In this book, the main question is how order is reproduced, which although an interesting and relevant question, is not the only question worth asking of prisons and prison-like institutions. Life in prison, of course, also varies according to a great many other parameters that are left unexplored in this book. Skarbek’s perspective has highlighted some differences, leaving others in the dark. This is as it should be, of course; no book can tell the full and complete story of all prisons in all places at all times. We hope readers will use Skarbek’s important work to go beyond the question of order to investigate other aspects of the inner life of these complex institutions. 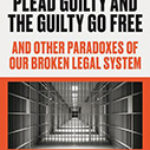 Why The Innocent Plead Guilty And The Guilty Go Free (And Other Paradoxes Of Our Broken Legal System)Books, Full Reviews 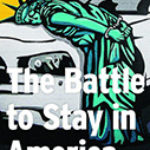