The American criminal justice system is riddled with complexity and confusion. It takes an authority with decades of experience within that system to adequately describe its flaws. Jed S. Rakoff, a senior judge of the United States District Court and former prosecutor with the United States Attorney for the Southern District of New York, provides that keen insider’s perspective in his new book: Why the Innocent Plead Guilty and the Guilty Go Free (And Other Paradoxes of Our Broken Legal System). Rakoff’s book is both informative and approachable, giving readers a view of the inner workings of a justice system that has been far too opaque to most Americans for far too long. One of the book’s biggest strengths is the balance it strikes between thoroughly describing the complex machinations of the system, all while interspersing simple, understandable recommendations that voters should demand to reform it. Although the text sometimes deviates into intellectual asides and peccadillos, it is an essential read for anyone who wants to glimpse the full reality of American courtrooms, warts and all.

The book begins with chapters that lay out, in readable yet scientifically accurate form, the scale of America’s carceral obsession and the prosecutorial discretion during guilty plea negotiations that fuels it. The books first chapter explores the staggering numbers behind the history of mass incarceration, all presented in sophisticated but relatable prose. These statistics are not new, but Rakoff presents them in a clear and concise fashion few others have been able to capture. Rakoff then provides an inside perspective on the culture of prosecutor’s offices and the plea-bargaining machine that resolves nearly all criminal cases in the United States. His view will enlighten most readers on the importance of plea deals and charging discretion. Rakoff is not the first to highlight these issues, but he speaks with an authority few can bring.

The next four chapters of the book turn to the root causes of criminal injustice during trials. Rakoff again presents stunning statistics on the flaws of eyewitness testimony that are well-known to insiders but often lost on most citizens, using clear and concise descriptions of the scale of the problem that readers can quickly internalize. He offers practical recommendations to help alleviate the problem, such as providing more information to juries about the science of flawed identification testimony. Rakoff’s discussion of the failures of forensic science is filled with the kind of pithy insight one can only glean from observing and prosecuting trials for decades. He then provides an extremely helpful list of recommendations to improve forensic science today, including a system where forensic labs would be independent from prosecutors’ offices and more frequent use of court-appointed, neutral expert testimony. These recommendations are simple, understandable, and plausible.

Rakoff’s book takes a quick detour to discuss the injustice of the American death penalty. Though an important topic for discussion, this conversation seems a bit out of place given his focus on an insider’s perspective on the evidentiary errors that often lead to wrongful convictions. It might have been better omitted from the text, though many readers unfamiliar with the death penalty process may find it informative.

In one of the book’s strongest chapters, Rakoff provides an overview of the issues with cognitive neuroscience as an aid to the court system. His unique perspective, presented in understandable layman’s term, offers needed forward-looking advice to lawyers and voters. He plausibly recommends that neuroscience can be carefully considered as a general aid to the law, but not a useful tool in specific cases and prosecutions.

Rakoff’s next target is white collar criminal enforcement, or the lack thereof, that fulfills the title’s promise to examine why too many guilty go free in our criminal justice system. The chapters are born of Rakoff’s long engagement with white collar criminal prosecution. His understanding is nuanced; Rakoff deftly explains how and why prosecutors charge corporate entities themselves, rather than high-level executives, with most crimes. In Rakoff’s account, the most responsible individuals are let off the hook while their corporate sponsors foot a large, though perhaps unsatisfying, monetary bill for their misdeeds. Rakoff’s chapter on the practice of deferred prosecution agreements is as enlightening as it is vital. Rakoff explains how prosecutors have changed their approach to corporate defendants, relying on monetary judgements and a promise for reforms to internal compliance regimes. Unfortunately, on Rakoff’s telling, such deferred prosecution agreements often yield little in the way of real-world change to corporate malfeasance. Though the chapter can deviate into some of Rakoff’s long-held complaints about inadequate corporate criminal liability, on the whole it will be an eye-opener to most readers with little sense of how prosecutors assign corporate criminal responsibility.

Rakoff’s subsequent chapter on the shrinkage of legal oversight seems a bit beyond the scope and purpose of the book. It lacks a narrow focus and concise storytelling, delving into historical legal discussion that the book’s general audience may find a distracting aside. His critiques of the limits placed on habeas corpus are interesting, yet more politically-charged than those in other chapters. These sections of the book are amongst the weakest contributions in an otherwise helpful introduction to the flaws of the criminal process.

When Rakoff turns to the war on terror, he revitalizes a dormant discussion on torture and detention in America’s seemingly endless conflict with an amorphous enemy. Rakoff’s concerns about limits on habeas corpus review and the need to provide a day in court for detainees in Guantanamo Bay, though not unique, remain vitally important for Americans to understand and discuss as our country hurtles towards new frontiers of conflict against those who would harm us. Though some of these issues have fallen outside contemporary political discussion, their specter could rise at any moment, making this writing an important discussion-starter.

In the next two chapters, Rakoff attacks a problem few have discussed in similar depth or as clearly: the pattern of judicial deferral to the executive branch that plagues our justice system. The discussion again deviates at times into historical exegesis on Chief Justice John Marshall and his famous opinions that may not seem approachable for the book’s general audience. But it scores significant points in its conclusion, noting that Marshall’s opinions both established the authority of the Supreme Court to declare what the law is while simultaneously deferring to executive power. Rakoff makes a connection between those early decisions in the history of the republic and today’s judiciary, which he persuasively argues has become far too subservient to the executive. He offers strong critiques of modern legal principles of standing and the political question doctrine. Those topics are relevant in today’s national debate, as they have been invoked in major Supreme Court cases that involve extreme partisan gerrymandering and international relations. Rakoff could do more to relate these discussions to the criminal justice system by emphasizing the importance of a meaningful judicial check on executive overreach, perhaps even through the criminal process. Nonetheless, his contribution to the discussion of important principles of constitutional law that often evade the popular conscience and discourse is a helpful contribution to the literature.

The book’s final chapter briefly takes aim at most Americans’ lack of access to the court system. The repercussions of most courts’ failure to allow average citizens to bring civil claims to trial is truly alarming, rendering most Americans unable to seek legal redress in common disputes over housing or family law. Though this is a worthy topic of discussion often ignored in the today’s political discourse, it again seems an odd fit with the rest of Rakoff’s discussion and thesis. His discussion of access to justice in state courts also seems a bit outside his unique expertise in the federal court system, upon which most of the book focuses.

Jed Rakoff’s book is an essential primer on the flaws of the United States criminal justice system. At its best, it distills complicated statistical trends into readable and understandable prose, telling a story most citizens have not heard in an approachable and memorable way. Rakoff offers clear, plausible reform suggestions to address many of the problems that his book highlights. It should ignite in readers a desire to demand reforms from their political leaders. The book also effectively highlights issues in the prosecutorial system that treats corporate malfeasance with a lenient touch, exposing little-known mechanisms like deferred prosecution agreements to the public eye. Though a few chapters deviate from the book’s central purpose, Rakoff does a wonderful job showing the unfamiliar reader the glaring flaws in the criminal justice system and offering inside insight on how to repair them. It is an important, unblinking look at our justice system’s many mistakes that a general audience will find approachable, memorable, and helpful.

Michael Gentithes, Associate Professor of Law, The University of Akron School of Law

Why The Innocent Plead Guilty And The Guilty Go Free (And Other Paradoxes Of Our Broken Legal System)2021-10-082021-10-08https://clcjbooks.rutgers.edu/wp-content/uploads/2016/08/logo.pngCriminal Law and Criminal Justice Book Reviewshttps://clcjbooks.rutgers.edu/wp-content/uploads/2021/10/why-the-innocent-plead-guilty-and-the-guilty-go-free.jpg200px200px 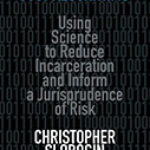 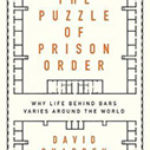 The Puzzle Of Prison Order: Why Life Behind Bars Varies Around The WorldBooks, Full Reviews