The Three Pillars Of Radicalization: Needs, Narratives, And Networks

A growing and persistent concern of social science in the 21st century has been to better understand the process of radicalization. That is, what are the factors that motivate an individual to enlist in an organization that engages in acts of violence and terror? Driven by the events of September 11, 2001, considerable interest has been placed on “Islamist terrorism” by the media, policymakers and academics. Arguably, an increasing concern is the proliferation of Islamist terrorism into regions beyond the proximity of the Arabian Peninsula (e.g., Sub-Saharan Africa, Southeast Asia, etc.). What makes an individual want to join and support violent extremist groups? Specifically, what psychological characteristics are involved in the radicalization process driving an individual towards violent extremism? It is this overarching question that Arie Kruglanski, Jocelyn Bélanger and Rohan Gunaratna are attempting to answer in The Three Pillars of Radicalization: Needs, Narrative, and Networks.

To accomplish this task, they build upon prior theoretical models traditionally used to explain radicalization (e.g., root causes, rational actor model, etc.) and develop a unique framework termed the 3 Ns of violent extremism to aid in explaining the growth of modern-day Islamist terrorism.

The first N relates to an individual’s driving need to feel important or significant. Generally, this is an individual’s desire for respect, to matter, to be recognized as an important person of substance. An individual’s quest for significance often begins through a personal loss, such as humiliation or some affront to one’s social identity, or by one’s social group being disrespected / demeaned (e.g., Islamophobia, xenophobia). Furthermore, just the threat of losing significance may be enough motivation for some people to engage in acts aimed at preventing such a loss. An enticement may also be presented as an opportunity to gain significance or standing in the group. It is this loss of significance, or threat of losing significance, that Kruglanski and colleagues contend is the driving mechanism that facilitates radicalization. While this significance loss can be the result of a directed action, such as a violent conflict between competing groups, it is also the possible result of broader social, economic or political conditions that contribute to an individual’s diminishing status.

The second N relates to the ideological narrative developed by a violent extremist group championing violence as the most appropriate means for a group member to attain significance. The particular narrative articulated by a group enunciates their commonly held beliefs or ideology. These narratives routinely call for members to protect the group from its enemies in order to survive and prosper. As such, violence is seen as a necessary tool to be employed by members and even to be venerated. Kruglanski and colleagues suggest that narratives justifying violence provide two valuable functions: a) highlighting the humiliation the group has already had to endure; and b) establishing a crucial connection between violence and significance, implying that partaking in violence for the group elevates a member’s standing in the group.

The third N relates to the social networks of a violent extremist group, which not only provide acceptance but also validate the ideological narrative driving an adherent’s acts of violence. Research has shown the importance of social networks in facilitating lots of social phenomena — from gun and gang violence, to police misconduct, to encouraging violent extremism. Social networks are instrumental in spreading a group’s narrative and fueling an individual’s need to seek significance. The ties in an individual’s social network that encourage violent extremism may be kin- or friendship-based. With digital technologies (i.e., the Internet, social media platforms, etc.), however, weaker ties can extend to charismatic influencers who are able attract individuals amenable to their propaganda. Kruglanski and colleagues highlight that such processes existed prior to the ubiquity of digital technology, such as the return of mujahidin fighters following the Afghan-Russian confrontation of the 1980s. Yet, despite the considerable influence of these individuals on younger generations, their level of influence was regionally limited, a characteristic that does not hold true in the 21st century with easily accessible global communication.

Kruglanski and colleagues readily admit that variation will exist in the relationship between the 3 Ns and any particular individual. Individuals who are more inclined to become involved in violent extremism would also be more active at seeking significance, be more swayed by the group’s narrative, or be more susceptible to the influence and charisma from the social networks of violent extremists. Those individuals more committed to the group’s narrative are also more likely to become radicalized and see violence as a morally justified tool to use to achieve not only significance, but as a response to redress any grievances of the group.

To support their argument that the quest for significance is the driving factor towards radicalization and violence extremism, the authors look at a variety of empirical studies and case studies. Specifically through five empirical and 10 case studies, they are able to show that the loss of significance encourages group identification and fuels individuals to increase their status within the group, likely as means of neutralizing their own individual humiliations or failings. Additionally, the authors find that across diverse geopolitical situations, members of more radicalized social networks have a greater likelihood of advocating and using violence against a rival or out-group that has negatively impacted their group’s status or significance.

Overall, Kruglanski and colleagues do a nice job in this book of building upon prior theories of radicalization with the development of their 3 Ns of violent extremism for Islamist terrorism.

The readers get a deeply nuanced understanding of the modern rise of Islamist extremism, the radicalization process and successful approaches used to deradicalize former Islamist extremists. That being said, there are two key shortcomings to the book that leave the reader wanting more. First, is the lack of engagement with more recent literature on Islamist extremism, most notably the Islamic State of Iraq and Syria (ISIS). There has been a range of published research and investigative journalism on ISIS that would have greatly bolstered the discussions and theory development in the book. Second, and more importantly, is the limiting discussion of the author’s 3 Ns of violent extremism theory being applied only to the radicalization process for Islamist extremism. The authors’ theory is seemingly generalizable to explaining why individuals join a variety of other dangerous groups, such as street gangs, white power/Alt-Right groups, outlaw motorcycle groups, etc. Thus, focusing solely on Islamist extremism seems like a missed opportunity. There would seem to be nothing in the development of the authors’ 3 Ns theory that necessarily restricts its generalizability.

In conclusion, Kruglanski and colleagues have written a well-articulated book that is thoughtful and beneficial to not only scholars, policymakers and practitioners focused on Islamist extremism, but that is also insightful for any reader concerned with why marginalized individuals become members of groups that embrace and condone acts of violence. 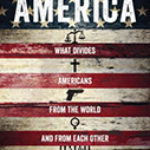 Exceptional America: What Divides Americans From The World And From Each OtherBooks, Full Reviews 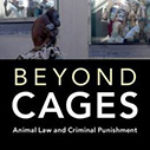