Women on Ice: Methamphetamine Use Among Suburban Women

Women on Ice: Methamphetamine Use Among Suburban Women provides readers with an insider’s view into the hidden social phenomenon of methamphetamine use among suburban females. Based on data drawn from two federally funded studies, the book sheds light on diverse and changing patterns of methamphetamine use as they relate to involvement in conventional and drug-using social roles among the women in this study. Though focused solely on female users, the women portrayed throughout the book come from diverse social settings, social classes, race/ethnicities, and age groups.

Data were collected through a mixed method approach that included the gathering of both qualitative and quantitative data collected over several years. Specific data collection methods included: ethnographic participant observations, drug history and life history matrices, audio-recorded in-depth interviews, follow-up interviews, and a focus group interview. In addition to examining the drug use trajectories of female methamphetamine users within the context of their suburban lives, explanations for diverse aspects of the methamphetamine using career and lifestyle are presented through the lens of both classical and contemporary theoretical explanations.

Chapter 1 provides an overview of the conceptual framework and organization of the book. Three specific cases are presented to illustrate a primary organizing pattern discovered among the women as defined by social class and age. These include: the suburban youth culture (SYC), the suburban working and middle class (SWMC), and the suburban poor.

Chapter 2 presents an overview of the various methods of ethnographic data collection used to form the basis of this study. Through detailed stories of specific encounters and situations, the challenges of conducting extensive ethnographic fieldwork and recruiting study participants are demonstrated. The sometimes difficult issues inherent with recruiting participants, protecting confidentiality and presenting complex detailed interview data are discussed. Limitations of the study and the manner by which findings are presented are described. The chapter ends with a detailed account of the “24-hour Ethnography” (see pp. 33-41).

Chapter 3 describes gendered patterns of initiation and progression of methamphetamine use among suburban women. Key concepts from the life course perspective are integrated into a discussion of the theoretical informed dimensions of social roles and self-control to generate an illustrative typology documenting the diversity in drug user career paths. A nine category typology is presented to describe the active use phases of current users of methamphetamine in the sample. Four themes emerged with regard to patterns of turning points leading into uncontrolled use: difficulties with work or family; emotional or psychological difficulties; easier access to methamphetamine; and criminal justice system involvement. In the gendered drug career, conventional social roles compete with drug-using roles.

Chapter 4 focuses on examining gendered lives, with specific attention to the interrelationships and conflicts between work and family roles and drug using roles. As the analyses demonstrate, social capital and changing conventional and drug-using roles are important in the lives of female methamphetamine users. Four patterns of gendered social roles are discussed. While the role of mother was important to all of the women with children, the relevance of mainstream work roles as a counter-balance to progression of involvement with methamphetamine use and other unconventional roles including dealing, hustling, and sex work differed for the suburban poor and those with less social capital.

Chapter 6 examines the gendered risks of violence and crime. The analysis of violence is discussed within the context of the interaction ritual (IR) chains theory. Through case examples, descriptions of the various types of violence experienced are presented; these include sexual abuse both among family members and those drug networks, and domestic violence in childhood home situations, adult relationships, and the drug environment. Involvement in crime included sex work, dealing and manufacturing, and experiences being incarcerated. Though a majority of these women experienced some type of abuse, an argument is made that their choices and behaviors can only be understood in terms of interaction relation chains theory and constrained social resources.

The revolving door of treatment, recovery, and relapse serves as the focus of chapter 7. Framed within a discussion of social constructionism, recovery, treatment and relapse are described as being “a revolving door with no clear beginning and end” (p. 139). Journeys through formal treatment programs, and informal 12-step programs, are compared with those who experienced natural or social recovery. Diverse routes to nontraditional recovery were discussed; these include networks of social support, focusing on goals, avoidance of settings and people, spiritual experiences, and substitute drug use. The challenges of accessing treatment and developing more effective and cost-efficient services for those needing treatment are discussed.

The book concludes with a discussion of policy implications in chapter 8. The chapter begins with a case example of a disadvantaged woman seeking shelter and presents a discussion of problems with service providers via an example of a local religious-based ministry. The chapter focuses on illustrating key barriers and challenges faced by suburban methamphetamine users. Homelessness, lack of identification cards required for access to some social services, and difficulties accessing clean needles are discussed. Via a dialogue that integrates alternative policy responses that include harm reduction, decriminalization, and social recovery, the traditional crime reduction model of drug policy is challenged. Key policy implications include treatment on demand, the provision of housing (i.e., housing first), an integration of restorative and transformative justice into social responses, and a need for female-initiated programs. Boeri concludes the book with a call for an end to the war on drugs.

Women on Ice presents an insightful picture of a unique, hidden, and often-understudied group of methamphetamine users – females living in suburban settings. Based on extensive research, the findings are presented thought the lens of case examples and integrative theoretical discussions. This book is recommended for anyone interested in understanding the diversity inherent in patterns of methamphetamine use among female users, ancillary problems related to methamphetamine use, and the challenges balancing conventional roles against unconventional ones. One of the main contributions of the book is the nine category drug classification typology that is introduced in chapter 3 and more thoroughly discussed in appendix B. The drug career classification scheme presented organizes diverse categories of user according to dimensions of conventional social roles and level of control. The typology highlights the difficulties inherent in clearly categorizing different levels of drug using behaviors which are in and of themselves complex and dynamic.

Though case examples are utilized to illustrate key themes and points throughout, readers would benefit from a clearer presentation and discussion of how patterns appear among the entire sample of women who participated in the study. Additionally, the book would have been strengthened had more of the details about the sample of women studied and the types of suburban communities they lived in been presented clearly up front. While the integration of different theoretical perspectives throughout is valuable for scholars and other academic audiences, at times the discussion of social concepts and theory interrupted the flow of the stories and messages being presented. The presentation of case examples throughout is one of the key strengths of this book; women’s stories were critical in demonstrating the complexities involved in their lives. Although this was one of the key strengths of the book, the discussion in some parts seemed to leave the reader wanting to know more about the other women who participated in the study. This may be an inevitable challenge associated with simplifying and condensing extensive amounts of detailed data into a concise and manageable form.

Readers will undoubtedly gain insight into the diversities inherent in patterns of methamphetamine use among suburban women, the challenges of maintaining and sustaining contradictory social roles, barriers to services and programs, and policy changes that are needed to address this issue more effectively. Women on Ice makes an important contribution to the emerging body of research aimed at elucidating and understanding a very complex and dynamic phenomena among a hidden and difficult-to-access population. 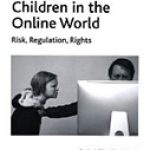 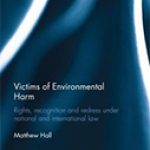