Deadly Justice: A Statistical Portrait Of The Death Penalty

The authors of Deadly Justice have taken on a substantial challenge. They have decided to synthesize numerous empirical studies of the death penalty to determine whether the system has met the goals set out by the Supreme Court in the 1970s when the justices defined the constitutionality of capital punishment. As all students of the subject know, in 1972 in Furman v. Georgia the Court found the death penalty as then applied to be unconstitutional. In a 5-4 ruling, they described a number of problems with the way states were using capital punishment, but the essential point was that the death penalty was being applied in arbitrary and capricious ways. In the view of the majority of the Court, this arbitrariness violated the constitutional guarantee against cruel and unusual punishment. Four years later, after a majority of the states had rewritten their capital statutes, the justices ruled in Gregg v. Georgia (1976) that Georgia’s revised law had successfully addressed the problem of arbitrariness by providing for “guided discretion” in death penalty cases. Other states developed laws that included similar features, including more specific definitions of capital crimes, bifurcated trials where the guilt phase was separated from the penalty phase, automatic appeals of capital sentences, and reviews of cases to determine whether sentences were proportional (although few states actually conducted such reviews).  Baumgartner, et. al., examine about a dozen facets of the capital system as it has evolved during the last forty years to determine whether the application of the death penalty is, in fact, less arbitrary and capricious than it was before Furman and Gregg. Or is it still, as Justice Potter Stewart suggested, random in the way that being struck by lightning is random?

In 2015, Justice Stephen Breyer wrote a dissent in Glossip v. Gross, in which he laid out an argument for the Supreme Court to revisit the constitutionality of capital punishment. The authors of this book look at many of the same issues Justice Breyer raised, and consult some of the same studies with a similar result. All find that the states using the death penalty have been unreliable in identifying the “worst of the worst,” and in providing a fairly administered system free from bias and violations of human rights.

The authors here provide a comprehensive review of much of the literature on the subject, lots of quantitative data, and scores of tables and figures to illustrate their argument. This book could be a useful reference for those wishing to access social science scholarship in order to form their own judgement about capital punishment. As for these authors, in the final chapter they conclude that in some ways public support for the death penalty exists independent of the facts, and therefore its future is uncertain. Having recognized that, they summarize some of the ways that today’s system is actually worse than during the pre-Furman era. The geographic imbalance is even more dramatic, with just a few jurisdictions accounting for the majority of executions. The costs of administering the death penalty are greater and the delays for those sentenced to death and living on death row are much longer—decades rather than months or years. The methods used to put people to death are not reliable. The costs of capital punishment are huge. The risk of executing the innocent remains. Whether the punishment accomplishes anything that contributes to the public good is at best unclear. But even with all of these flaws, Baumgartner and his co-authors do not venture to predict whether the Supreme Court will find the death penalty unconstitutional, or whether it might just die from disuse. Some might argue that, despite all the evidence to the contrary, it might even make a comeback if the social and cultural mood was right.

While this is a valuable book, there are just a few areas where I felt frustrated. The discussion of gender and capital punishment is quite superficial and relies heavily on a book published in 1999, at a time when only three women had been executed in the post-Furman period. In law reviews and elsewhere, there are many good studies of the process by which a small number of women have been selected for death. It would have been worthwhile to consult some of those. Also frustrating were incorrect references to Adkins v. Virginia. The case was decided in 2002, not 2005, as is noted several times. Once the case is even cited as Atkins v. Georgia. Also, it was Justice Blackmun, not Justice Brennan, who said he would not “tinker with the machinery of death” in Callins v. Collins. Such errors, along with an incomplete listing of cases in the sources section are simply careless.

Overall, the work contains much good information and some valuable insights. I was especially intrigued with the way the authors framed the difference between Furman and Gregg. They noted that in the former case the Court ruled based on plentiful evidence and experience with how the system actually worked. In Gregg, they were ruling prospectively—based on untested proposals about how the system might be improved. One decision was based on empirical evidence; the other on theory. Baumgartner, et. al. have given us some useful tools to measure the success of that theory. 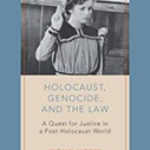 Holocaust, Genocide, And The Law: A Quest For Justice In A Post-Holocaust WorldBooks, Full Reviews 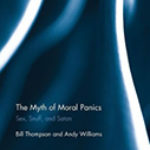