Goal 8 of the United Nations’ 2015 Sustainable Development Goals (SDGs) emphasises the promotion of inclusive and sustainable economic growth, employment and decent work for all. This in turn brings global attention to “taking immediate and effective measures to eradicate forced labour, end modern slavery and human trafficking and secure the prohibition and elimination of the worst forms of child labour, including recruitment and use of child soldiers, and by 2025 end child labour in all its forms.”

The inclusion of forced labour, slavery and human trafficking in the SDGs illustrates that action aimed at eliminating the worst forms of exploitation remains in the international spotlight. Whilst this is not a new endeavour, Stoyanova, in Human Trafficking and Slavery Reconsidered: Conceptual Limits and State’s Positive Obligations in European Law, demonstrates that both the historical and the contemporary focus of international law has led to scant attention being paid to its effectiveness in diminishing abuse (2) and to the operationalisation of Article 4 of the 1950 European Convention of Human Rights (7). By providing an in-depth and critical analysis of the understanding of forced labour, slavery, servitude and human trafficking in law, from both a definitional perspective and through the examination of the positive human rights obligations of States, Stoyanova fills an important gap in scholarship.

The reconsideration of human trafficking and slavery in Stoyanova’s monograph is comparative in nature, focusing on the current human trafficking legal framework and human rights law. Significant emphasis, in this regard, is afforded to the dual stage analytical framework (definitional and application) through which the European Court of Human Rights (hereinafter the Court) has developed its body of jurisprudence. Stoyanova calls for Article 4 as a “skeletal norm to be flesh[ed] out by judicial elaboration [with] the meaning and scope of the article […] to be concretized” (219). Her book demonstrates the need for such a shift in jurisprudence in a comprehensive manner by offering a critique and new insight into the implementation of the legal framework to date. Whilst the focus is on the European understanding, the excellent use of illustrative case studies from other regional and national perspectives (e.g. Inter-American Court of Human Rights in Hacienda Brasil Verde Workers v. Brazil) further develops the argumentation and the explanation of the legal framework.

The current position of the legal framework when it comes to forced labour, servitude and slavery is problematized against the backdrop of the current legal definition of human trafficking (Chapter 3) and by focusing on contemporary jurisprudence through the vessel of positive obligations (chapter 4). This is followed by a concrete historical and legal overview of the concepts in human rights law (chapters 5 & 6). Subsequent discussion considers the way in which these phenomena can be dealt with by considering the role of states (despite the prohibited practices often being perpetrated by private individuals) and how the existing body of law on positive human rights obligations can be operationalised to this end (chapter 8). The close consideration of the conceptual relationship among human trafficking, forced labour, slavery and servitude is of key importance to the analysis (chapter 7) and pivotal to the conclusions of the monograph (chapter 9).

Overall, Stoyanova calls for the further conceptual elaboration of slavery, servitude and forced labour in order to address abuses against migrants (6). She achieves this by addressing the terminological confusion and the definitional indeterminacy that surround the concepts of human trafficking, slavery, servitude and forced labour in international law and by clarifying the scope of the positive obligations emerging from the two legal frameworks that address abuses falling within the definitional limits of these concepts (427). Four points of interest emerge that are reflective of the quest for conceptual clarity.

First, Stoyanova’s critical regard, in which she is not alone, particularly emphasises the analysis of the judicial engagement with Article 4 and the contribution to terminological confusion and lack of conceptual clarity. In particular, she argues that the Court’s analytical framework (comprised of two stages: definitional and application), when it comes to Article 4, has overlooked the definitional stage, and as a result the prohibited practices therein are not conceptually clarified. Instead, the approach adopted has rather favoured the application stage, whereby the Court has focused on the elaboration of positive obligations and as a consequence the extension of the material scope to include human trafficking, without further conceptualisation of the concept. For Stoyanova, the failure to consider the definitional scope of Article 4 is of great importance to both the positive and negative obligations placed on states and is necessary to encompass serious forms of abuses. Such a determination of a severity threshold is then of great importance to the application stage when elaborating on the positive obligations (284). This position is concretely demonstrated where an innovative alternative interpretation of the facts, based on a definitional approach, is applied rather than an application approach, wherein the case is reflected upon in accordance with the prohibited practices under the material scope of Article 4 (305). Ultimately, the interpretation demonstrates that any consideration of a particular situation should focus on the actual exploitation (slavery, servitude and forced labour) and not the (trafficking) process. For Stoyanova, the current approach places too much emphasis on the process, which is considered more severe than the actual working conditions (310-311). This is indeed problematic. On the one hand, the severity threshold of Article 4 requires actual exploitation to have occurred. On the other hand, the Court’s acceptance of human trafficking in the material scope of the provision means that it is possible for a situation to amount to human trafficking and thus a violation of Article 4, without there being any actual exploitation, as intention to exploit is sufficient for the human trafficking offence.

Secondly, complementing this jurisprudential analysis, Stoyanova addresses the need for i) a clear understanding of exploitation and ii) a clear conceptualisation of all forms of exploitation. For the former, the approach thus far has focused on labelling practices rather than giving definitional clarity. The implications of this in real terms is, according to Stoyanova, problematic in fragmented application in different criminal jurisdictions (76-80) which impacts on diverse approaches to victim identification (100) and the legal categorisation of victims’ rights according to the form of exploitation and their migrant status (182). For the latter, the focus on the international and regional legal standards and their reception in practice illustrates the lack of conceptual clarity. In particular, the understanding of slavery and recent attempts to define the concept of “the exercise of powers attaching to the rights of ownership” as possession tantamount to control and degradation of juridical personality offers a unique insight into the understanding of slavery, in a contemporary setting.

Thirdly, a clear dichotomy emerges from the overview of the positive obligations in the two legal frameworks that tackle abuses falling within the definitional limits of these concepts (427). Either one must position oneself on the side of human rights which is aimed at holding states to account for the non-protection of fundamental rights. Alternatively, one must recognise that private individuals – who are not subject to human rights law – often perpetrate these abuses as part of interpersonal transactions, illustrating the limits this body of law can play. Enter positive human rights obligations, a tool increasingly used to hold states accountable for violations of fundamental rights enshrined in international human rights law. However, Stoyanova aptly demonstrates that positive obligations are also limiting, as they do not always guarantee state accountability for all forms of exploitation, as it is possible that they have fulfilled the requirements of knowledge, reasonableness and proximity (324). Thus, Stoyanova acknowledges that the principal form of ensuring the accountability of individuals and the incumbent positive obligations at a national level has been the criminal law approach (331), but notes with caution that using a criminal law approach will also lead to difficulties due to the lack of clarity in the definitional scope and the need to adhere to the principle of fair labelling (342-344).

Finally, Stoyanova historically analyses the handling of forms of exploitation in law (189, 428,434), and indicates where state practices were legitimised (201) through the “conceptual displacement” of these legal terms in order to justify exploitation (216). The contemporary analysis of these forms of exploitation also identifies synergies between current state practices, namely immigration policies (29, 69, 99, 247, 289), that impede the protection of fundamental rights and places individuals in a legal vacuum, ultimately maintaining the justification of exploitation.

“any severe abuse in which states somehow have a role by impeding access to help will be denied legitimacy and labelled as slavery”(290).

Whilst the above citation requires further analysis, it is clear that Stoyanova believes in the role of human rights law in holding states accountable for their actions, over and above the law tackling exploitation from the perspective of private individuals.

In light of the clear detrimental impact of migration law on migrant workers’ increased risk of exploitation, there is one element which has not been addressed or arguably intentionally overlooked by Stoyanova. The book emphasises, rightly so, the plight of low skilled migrant workers who are subject to many abuses in the labour market. Particularly illuminating in this regard is the extensive analysis of the positive obligations on states who seek to favour immigration control (380). However, the explicit exclusion of EU nationals due to their categorisation as “privileged migrant workers” (4) is arguably a missed opportunity in this monograph, especially since the majority of referrals for trafficking victims are in fact EU nationals (EUROSTAT, 2015). The legal framing of exploitation in Stoyanova’s monograph is applicable to all workers, regardless of migration status, and this point could be more explicit when outlining the scope of the analysis. Indeed, the call for a focus on “actual abusive conditions” (427) is particularly relevant to the application of the framework to all individuals who are at risk of exploitation.

Stoyanova’s monograph is a first step in the right direction, with concrete suggestions for the conceptual and definitional clarity, which will facilitate the effective application when addressing abuses. However, the book ends with a cautionary note, specific to the European context. The role of the EU legal framework in undermining the COE anti-trafficking law leaves great room for improvement, especially when it comes to the protection of victims.

Overall, the volume is an excellent contribution to legal scholarship, that will serve as a reminder to law makers of the need to ensure clarity (6), consistency and ultimately not to facilitate the circumstances in which individuals, who as a result of being in a legal vacuum (250), fall victim to exploitative working and living conditions. Furthermore, the meticulous legal analysis of the state of the art is extremely instructive and a valuable tool for any legal scholar studying the legal developments surrounding all forms of exploitation. 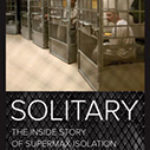 Solitary: The Inside Story Of Supermax Isolation And How We Can Abolish ItBooks, Full Reviews 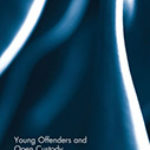