The criminal justice system has undergone tremendous changes since the 1960s, when the Supreme Court under Chief Justice Earl Warren issued a series of rulings interpreting provisions of the Fourth, Fifth, Sixth, and Eighth Amendments in a manner that provided citizens with greater privacy from police intrusions and an improved ability to defend the charges against them at trial. This so-called “Warren Court revolution” in criminal procedure (Stuntz 2011; Schulhofer 2012) was derailed when Chief Justice Warren and several other justices left the Court and were replaced by appointees of President Richard Nixon. One of Nixon’s campaign planks emphasized a focus on “law and order” and the appointment of judges who believed in judicial restraint, as he and many others felt the Supreme Court had become too concerned with the rights of defendants at the expense of public safety.

Shortly after Nixon resigned the presidency in disgrace, his successor, President Gerald Ford, was faced with a vacancy on the Court. He nominated John Paul Stevens, then a judge on the Seventh Circuit Court of Appeals (a position he had been appointed to by then-President Nixon). Judge Stevens came to the federal bench with a well-earned reputation for integrity, based in no small part on his exemplary service as counsel to the Greenberg Commission, created by the Illinois Supreme Court to investigate allegations of corruption by members of the Illinois state court.

It was widely assumed that John Paul Stevens, with his background as a member of the Republican party and his long career as an antitrust lawyer would, similar to the other recent appointees to the Supreme Court (Warren Burger, William Rehnquist, Lewis Powell, and Harry Blackmun), take a pro-law enforcement position in criminal procedure cases. In a career that spanned thirty-five years (the third longest term of service on the Court), Justice Stevens proved the prognosticators wrong. During the 1970s and 1980s he often voted with the holdovers from the Warren Court, Justices Brennan and Marshall and, after those two justices retired, he spent the 1990s and 2000s often fighting alone as the Rehnquist and Roberts Courts issued decision after decision paring back the advances of the Warren Court. By the time he left the Court he was widely regarded as the justice most likely to find for the defendant in criminal procedure cases.

Christopher E. Smith’s book John Paul Stevens: Defender of Rights in Criminal Justice, provides an examination and analysis of Justice Stevens’ approach to criminal procedure, and its subtitle reveals the author’s thesis. ProfessorSmith is a recognized and prolific scholar on legal issues in criminal justice. He has written numerous article and books on the Supreme Court and its approach to criminal procedure (Smith 2011; Smith and Baugh 2000), as well as books that focus on the Supreme Court and corrections law (Smith 1997; Smith 2016). This book is an outstanding addition to Professor Smith’s impressive list of publications and a valuable contribution to the literature on the Supreme Court in general and Justice Stevens in particular. The book is well-conceived, well-written, and well-argued.
There is a lack of book-length scholarship on Justice Stevens (an exception is Barnhart and Schlickman 2010), which is surprising given the length of time he spent on the Court and the number of significant opinions he wrote in a variety of areas of constitutional law. More books have been written about current justices Antonin Scalia, Clarence Thomas, and Anthony Kennedy than about Justice Stevens. Perhaps this is because Justice Stevens is not as “sexy” a subject of study as the other justices, who have established a reputation for fiery (Scalia) or uplifting (Kennedy) rhetoric or a unique judicial philosophy (Thomas). This is unfortunate, both because Justice Stevens wrote a number of important opinions over the course of his long tenure on the Court and because, unlike Justices Scalia and Thomas (and many other justices), his jurisprudence evolved over time. Justice Stevens does not think this is so; he has indicated in interviews that his approach did not change so much as the composition of the Court changed and he moved from being one of the more conservative members of the Court to perhaps the most liberal, at least in the area of criminal procedure. There is truth in both assertions, methinks.

Justice Stevens favored a case-by-case approach to the law, and he paid great attention to the facts of each case. His approach lacks the clear jurisprudential foundation of a textualist such as Justice Scalia, and can cause those without a complete exposure to his writing to think he lacked consistency since he did not automatically find for or against law enforcement or the defendant. Instead, as the discussion in each chapter of this book makes clear, Justice Stevens was remarkably consistent in his defense of the constitutional rights of individuals. While his approach remained consistent, as the composition of the Court shifted from liberal to conservative he became an outlier or, as Professor Smith refers to him in the conclusion, the “great dissenter.” Justice Stevens wrote a number of dissents, some of which were solo dissents, during the 1990s and 2000s, in reaction to what he and others perceived as efforts by justices appointed by Presidents Reagan and Bush I and II to curtail the advances of the Warren Court.

In the years since the Warren Court broke apart the Supreme Court has reviewed a number of issues in criminal procedure, including search and seizure, right to counsel, and trial-related rights. With few exceptions, the trend has been to pare back the rights defined by the Warren Court. This has been particularly true during the Rehnquist and Roberts Court eras. The result has been a steady erosion of the constitutional rights of suspects, defendants, and inmates. The Supreme Court has made it easier for the police to investigate, for prosecutors to convict, and tougher for inmates to file appeals. Justice Stevens fought long and hard against this tide. While he was often unsuccessful in his efforts, his was a strong voice for criminal defendants. His body of work is worthy of close study. Professor Smith’s fine book is a great beginning.

Craig Hemmens is Chair and Professor in the Department of Criminal Justice and Criminology at Washington State University. 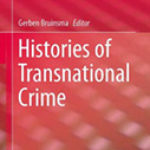 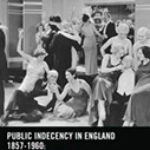